Has making the BMW i3 sporty ruined its eco credentials? We've driven the new i3s on UK roads to find out...

Unless you've been residing in a cave for the last ten years, you'll have noticed that electric cars are no longer reserved for delivering milk. They're now properly quick and comfortable and, with ever-increasing driving ranges, fit into more lives than ever.

Yet there are still few that offer properly engaging handling, especially at the cheaper end of the spectrum. The new BMW i3s is attempting to change that.

BMW has taken its standard i3 small hatchback and given it more power, to the tune of 13bhp, and 15lb ft more torque. That might not sound like much, but the electric i3s now sprints from 0-62mph in 6.9sec, which is hot hatch-quick.

And BMW hasn't stopped there. It's also placed the i3s's wheels further apart, dropped it by 10mm over the standard car to lower its centre of gravity and retuned its suspension and anti-roll bars for a firmer but sportier stance and less body lean through bends. The steering has been given a going-over, too.

These upgrades have also been appiled to the Range Extender version of the i3, but due to its two-cylinder petrol engine making it heavier, that isn't as rapid. 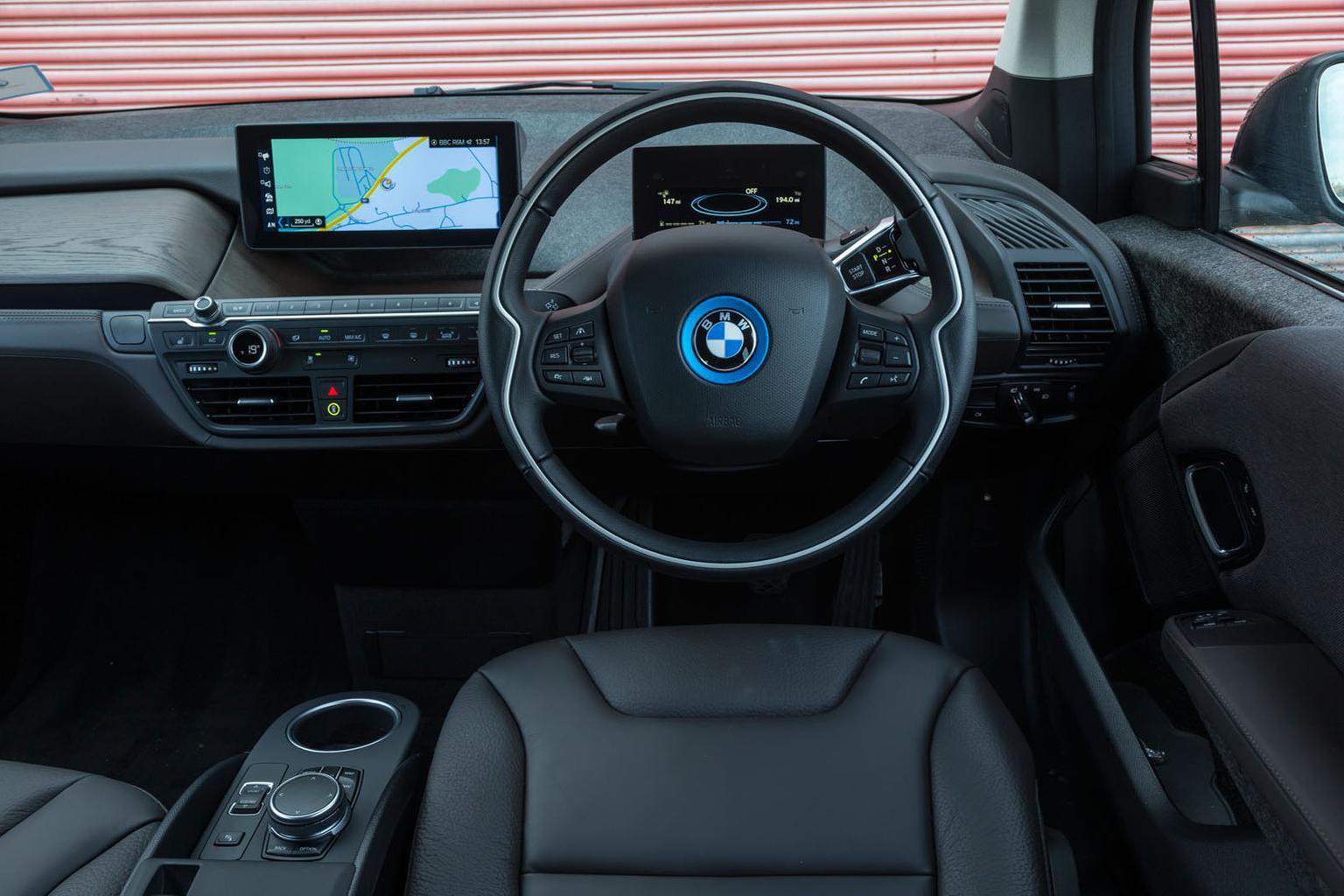 Lots of changes, then, but does it actually make this electric car more fun to drive? Well, we tried the the range-extender version of the i3s, which is 0.4sec quicker to 0-62mph in a sprint than the standard i3 Range Extender (which takes 7.7sec) but actually still slower than the standard electric i3.

So, performance in this form is nothing special. But you still benefit from all that's great about electric motoring: instant punch away from traffic lights and quiet progress. Frankly, even this i3s Range Extender still has all the performance you'll need in and out of town.

And there's isn't much of a penalty when it comes to range when you go for an 's' model, either. While the i3s in both its forms has slightly decreased official range, BMW believes that in real-world conditions, there's actually no difference at all.

The improved ride and handling is more obvious. The i3 has always felt agile, but this car's new Sport driving mode brings a more responsive accelerator and the lower stance gives even greater stability when cornering. The retuned steering feels precise and more naturally weighted, too, if never as communicative as a genuine sports car's.

Indeed, the standard i3's ride is what lets it down in corners, bouncing over mid-corner bumps and generally feeling a little skittish through all but the flattest of fast bends. The i3s still suffers some sharp vertical movement over the roughest surfaces in town, but in general it remains better tied-down and more confidence-inspiring to drive quickly, despite being fitted with range-largest 20in alloy wheels as standard.

Certainly, the i3s is more entertaining than the Nissan Leaf or Volkswagen e-Golf.

Those big wheels are bad news for noise on the motorway, though, because although the i3s is nicely quiet around town, picking up speed creates noticeable road roar and wind noise. 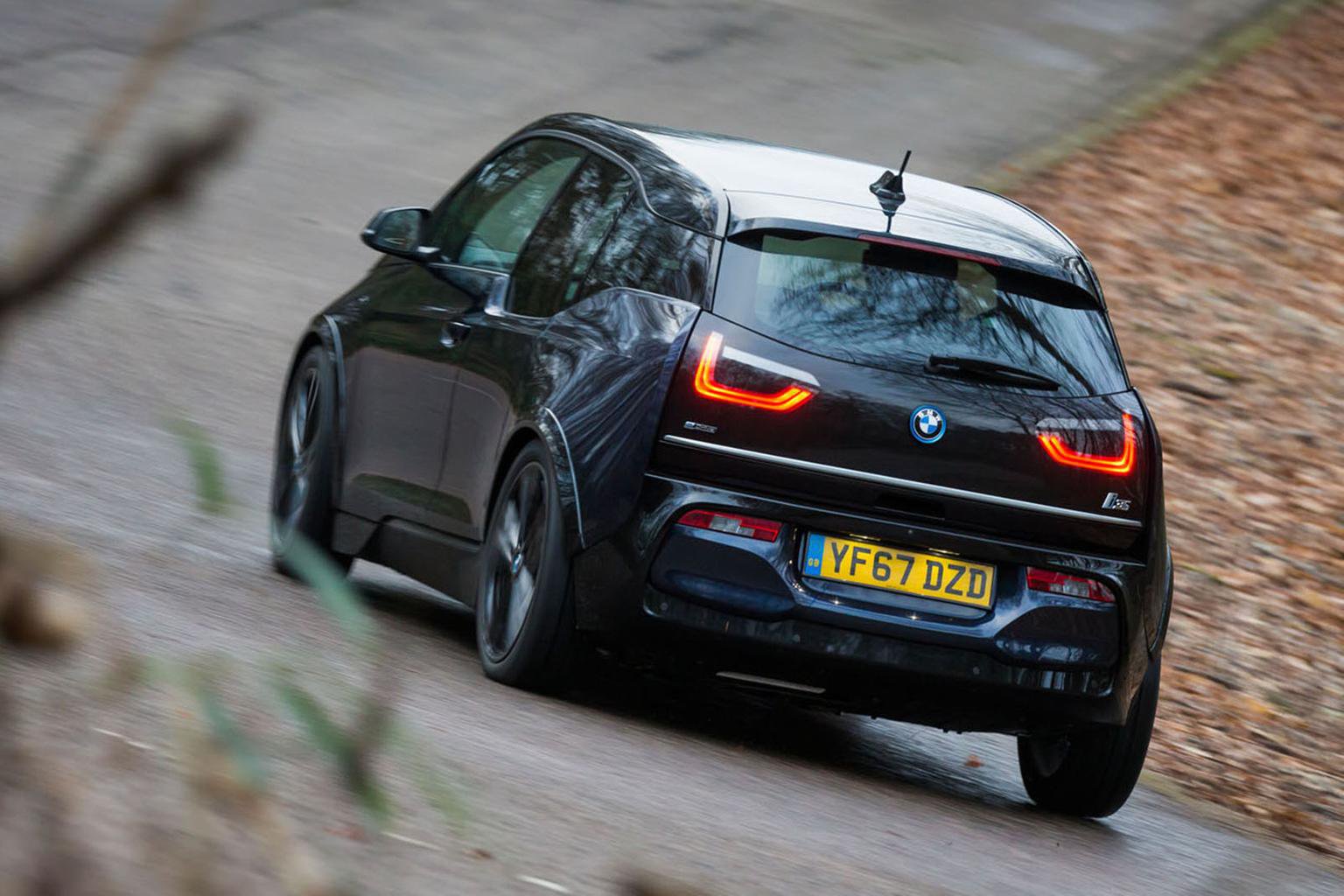 The i3s's interior dimensions are identical to the standard i3's, and you can find a full breakdown of the i3's interior over at our full review..

In general, that means two adults will be comfortable in the front, but the rear quarters are far more cramped despite having good access thanks to the rear doors being rear-hinged. And boot space is fairly tight, being smaller than something like the Ford Fiesta's. Both the Leaf and e-Golf are far more practical choices.

But neither of those cars can match the i3's interior. It's made from smart-looking and feeling materials (some of which are even made from recyled plastics) while its switches are nicely damped, all combining to offer a distinctly premium environment. The i3s gets unique high-gloss black touches inside, further adding to the effect.

Plus, BMW's fantastic Professional iDrive infotainment system is standard, featuring sat-nav, Bluetooth and a DAB radio, although it seems stingy that BMW still charges £235 to add Apple CarPlay smartphone mirroring. Nevertheless, the system's rotary dial controller is simple to use, its 10.2in colour screen is razor-sharp and the menus are easily navigable.