Everything you need to know about next year's all-new Mercedes S-Class luxury saloon, including the cutting-edge in-car and driver assistance tech it will come with...

As a luxury limousine with a starting price north of £75k, the Mercedes S-Class is never going to be a big seller, but it will still be one of next year’s most significant new cars. You see, whenever a new version of this flagship saloon goes on sale it brings with it a raft of technical innovations, which then filter down to the sort of cars the rest of us drive.

Everything from anti-lock brakes to keyless entry and adaptive cruise control were pioneered by the S-Class. And the new model continues to push the boundaries, with a new Drive Pilot system that allows the driver to take their hands off the steering wheel at speeds of up to 37mph – although they must be ready to retake control and the system prompts them to do so via LED lights integrated into the wheel.

You will also be able to specify an Intelligent Park Pilot system, which allows you to park the S-class from outside the car, via a smartphone app. And there are a host of new functions designed to improve agility, including two different rear-wheel steering setups.

Now, rear-wheel steering itself isn’t new – it’s even been used on performance versions of the S-Class before – but it’s traditionally offered only a few degrees of rear steering angle, whereas one of the setups developed for the new S-Class lets the wheels turn by up to 10deg. The result is a two-metre reduction in the turning circle, allowing this huge saloon to turn in a smaller space than the A-Class hatchback, plus the system should improve both handling and high-speed stability. 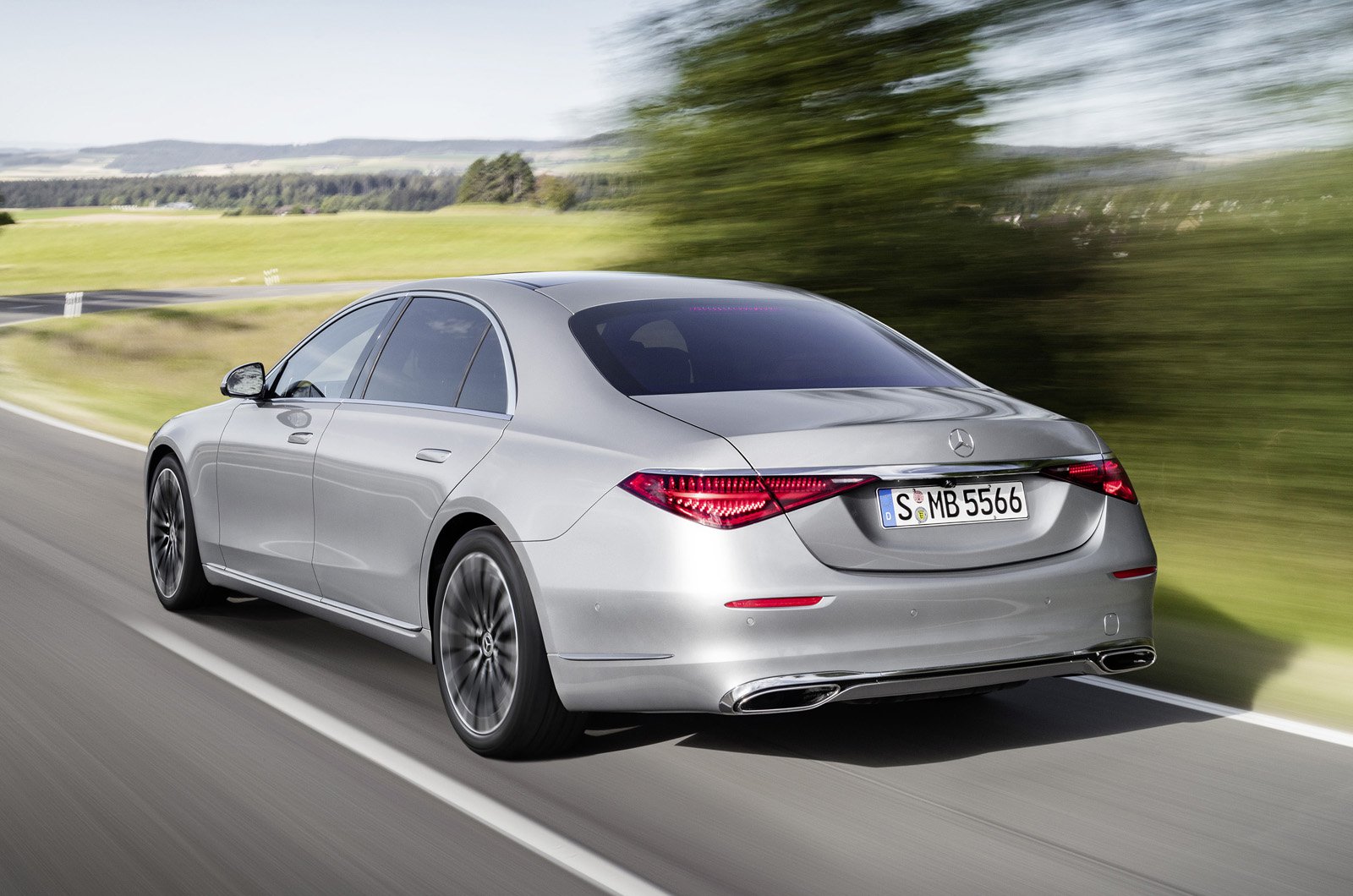 There’s a new active suspension system, too, which is said to better counteract body lean through bends and improve control of pitch and dive under acceleration and braking. Meanwhile, air suspension is standard across the range, with this able to lift one side of the car up by 80mm if it detects an impending side impact to improve crash protection.

The car will continue to be offered in three lengths – standard, long and extended – and both the high performance AMG versions and the the ultra-luxurious Maybach and Pullman will also be replaced. However, there won’t be a new S-Class Coupé or S-Class Cabriolet; instead, the S-Class will gain a fully electric sister car, called the EQS.

The new S-Class is said to be considerably lighter than the outgoing car, thanks in part to the body being almost 60% aluminium. And this diet is combined with a host of aerodynamic developments, including flush door handles, to improve fuel economy and emissions. 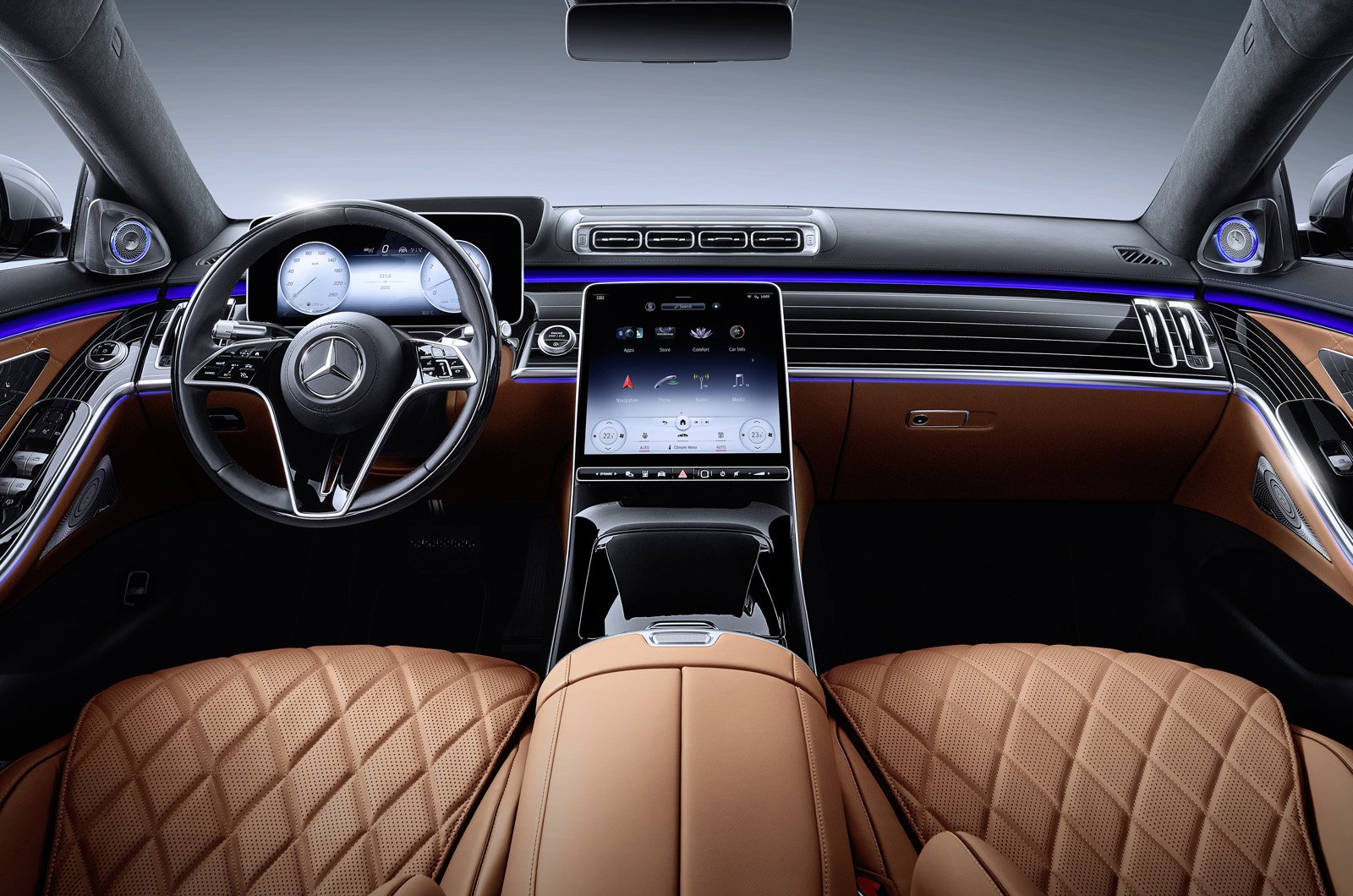 Further engines will follow, including a mild-hybrid version of Mercedes’ turbocharged 4.0-litre V8 with 500bhp in the S580.

However, what could be of particular interest, is the plug-in hybrid S580e. It combines a turbocharged 3.0-litre six-cylinder petrol engine with an electric motor for a claimed electric-only range of more than 62 miles. By comparison, the rival Audi A8 60 TFSIe and BMW 745e can manage only 28 and 36 miles respectively.

The exterior design of the new S-Class is an evolution of the current car’s, with a bolder front grille and horizontal tail-lights, which extend into the bootlid. 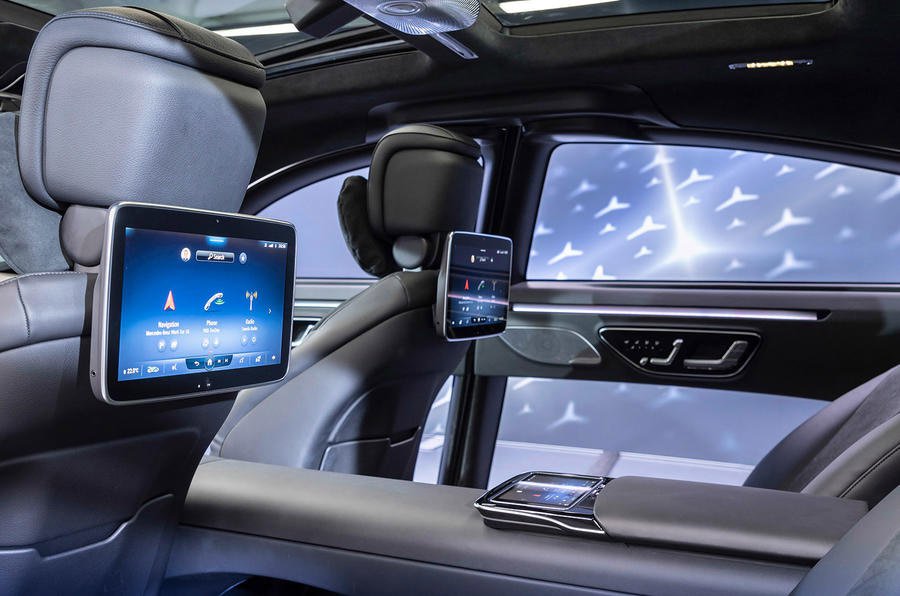 By contrast, there’s been a revolution inside the car, with the emphasis on removing traditional switches – often not a good thing when it comes to usability. The button count alone has been cut by 27, with their functions moved to digital screens, or operated by an upgraded version of the already impressive “Hey, Mercedes” voice control system we’ve seen in other cars from the brand.

A 3D digital instrument display and a portrait-orientated 12.8in touchscreen within the centre console are standard, while up to three touchscreens in the rear give passengers who are being chauffeur driven access to the full range of infotainment functions. There’s even a new augmented-reality head-up display that projects key information into the driver’s eyeline at a virtual distance of 10 metres ahead.

The new S-Class can also automatically adjust the seats, mirrors and infotainment to suit different users, using a mixture of fingerprint, face and voice recognition. Plus, it can raise and lower the rear roller blind when the driver looks over their shoulder. The seats offer 10 different massage programmes, and 250 LEDs provide ambient interior lighting.