Dash cams are becoming increasingly widespread, and are often used to either prove guilt in an accident or to quickly and easily store driving footage. We name the best...

As technology has improved and allowed dash cams to become smaller, cheaper and better, consumer expectations have increased and diversified.

Some of us are happy to fit and forget them, perhaps as a way of reducing car insurance premiums slightly and avoiding the blame game should the worst occur. Others see dash cams as a social tool, capturing spirited drives and uploading them to social media and motoring forums. And still others love to film what’s going on inside their car as a kind of selfie on wheels. Unsurprisingly, some cameras are aimed more at one of these sectors than the others. 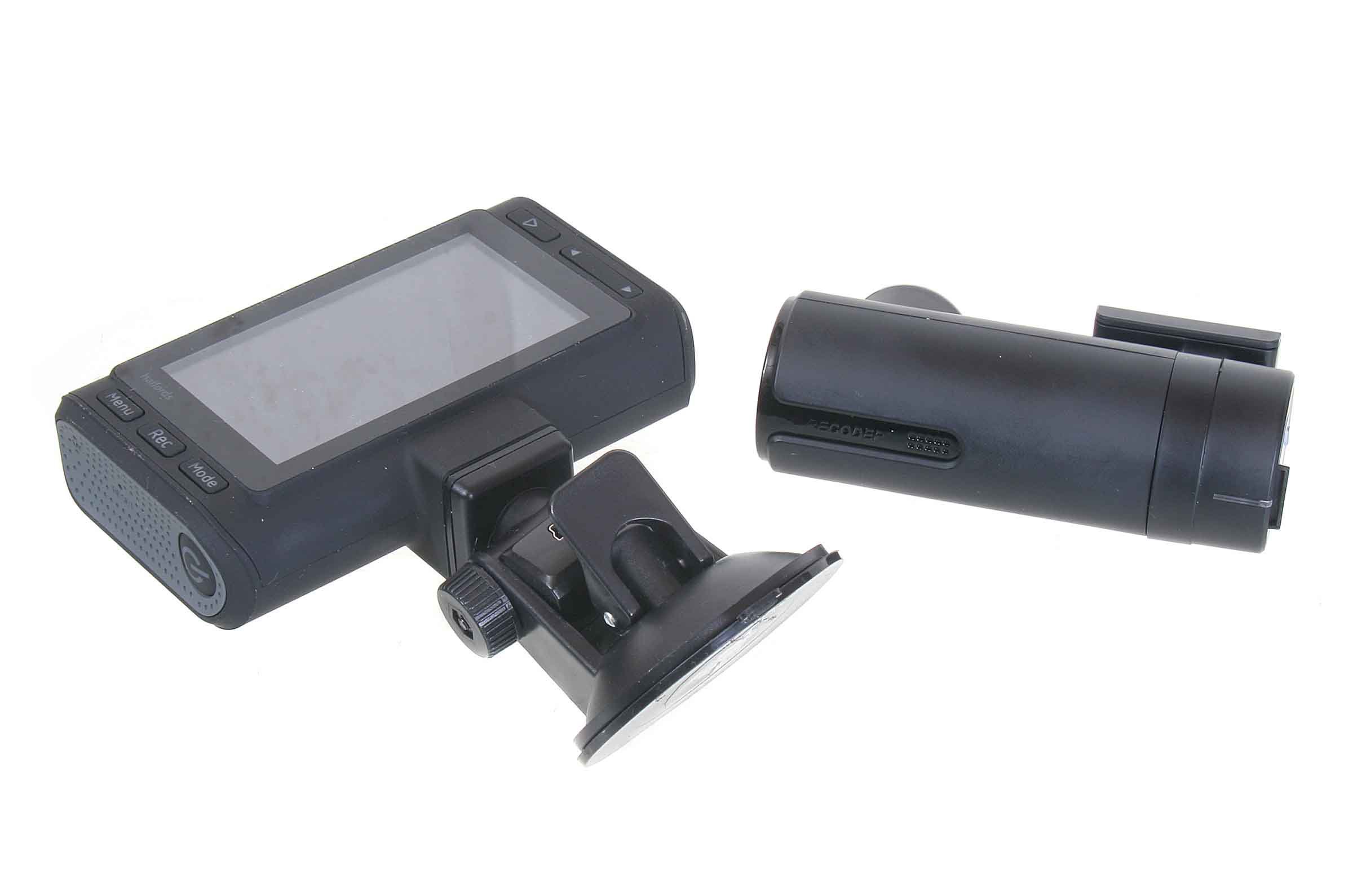 Wi-fi is one must-have feature; it allows a smartphone or tablet, to become the camera’s screen and control panel. Essentially, most of the jobs that used to be computer based – such as editing and manipulating images, downloading them, and posting them online – can be done there and then, in-car. Setting up and working with your camera is so much easier when you can do it through an app on a touchscreen device; it certainly beats doing the same thing through a couple of tiny multi-use buttons on the camera itself.

GPS is another valuable feature. It enables a plethora of information to be stored alongside the video footage, so speeds, routes and even position on the road can all be analysed alongside the footage after an accident. In many cases, this has meant that the blame for an accident that might previously have been classed as a knock-for-knock could be firmly laid upon the culprit. GPS potentially allows speed camera locations to be loaded in too; some brands use this to allow their dash cams to give speed camera alerts, but others don’t. 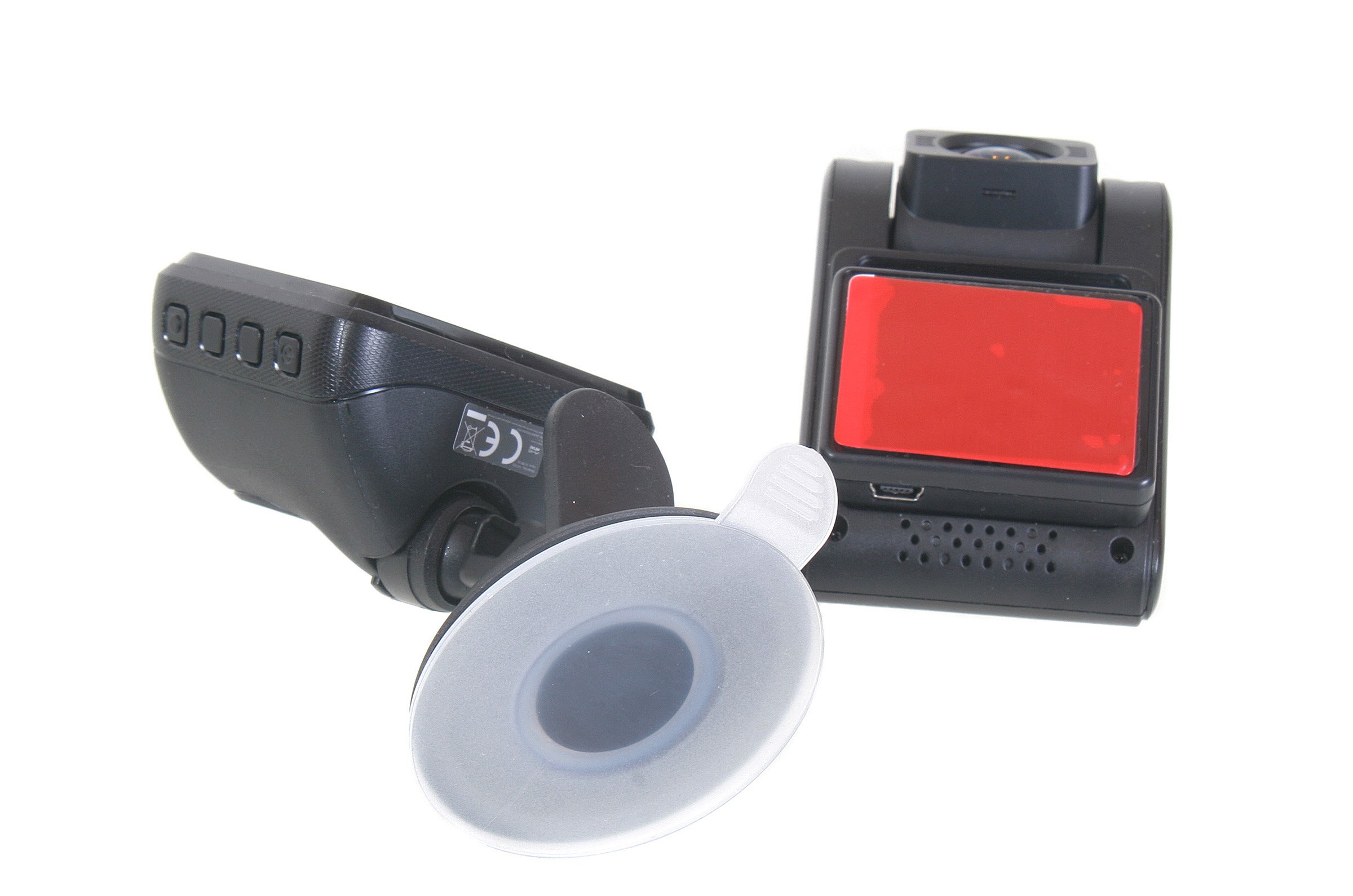 Another feature that seems to finally be evolving is 'parking mode', where the dash cam monitors your car when you're not around. Traditionally, this has been problematic to implement because dash cams’ internal batteries don’t allow more than a few minutes of filming, and most power sockets in a car become electrically dead when the engine is switched off. Today’s solution is generally two-fold: most cameras have a selection of electrically frugal monitoring modes; and, increasingly, manufacturers offer an optional “hard-wired in” power lead (to be professionally fitted) that keeps your camera live but also monitors the car’s battery, cutting recording if voltage falls low enough to risk trouble starting the engine.

Ultimately, though, what matters more than anything is a dash cam’s optical performance. We tested the units here in all manner of difficult lighting conditions, then scrutinised the footage to see how well detail was captured. In the quest for a mind-blowingly clear picture, it’s often forgotten that detail is actually what’s needed. It’s no good, for instance, knowing that the fast moving car that came too close, swiped your wing mirror, and sped off was a red Ford Focus if you can’t read its number plate as it approached. 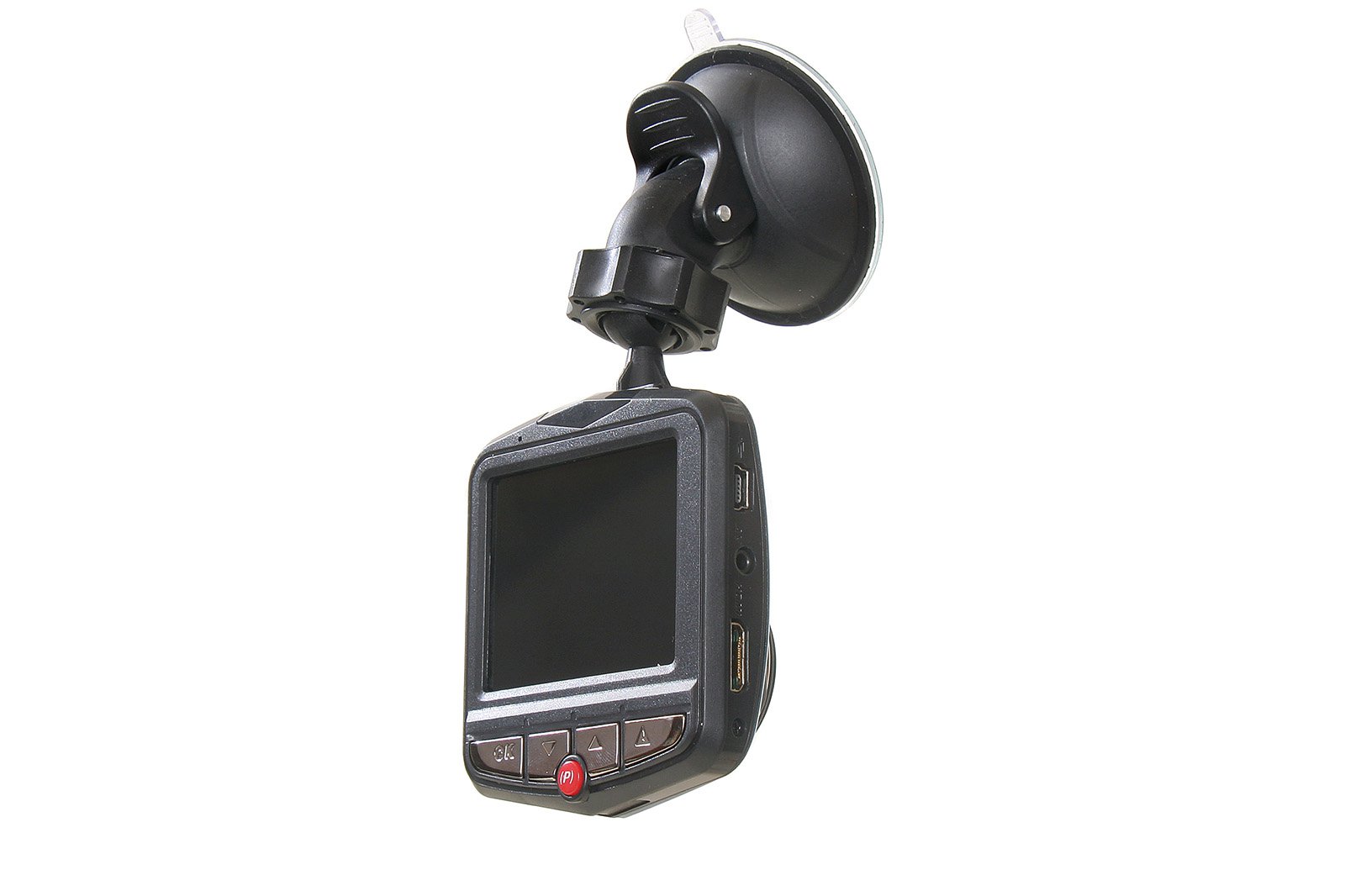 It's got to be a good sign that the lowest ranking camera here is still eminently usable, boasts full HD video creation, and – despite that bargain basement price – comes from a well respected brand.

Naturally, it's pretty basic. You can forget about all singing and dancing smartphone apps because the CPDVR2 doesn't do wi-fi. But its 2.4in screen is plenty good enough for initial positioning and for viewing footage.

We were initially impressed with the pleasingly bright footage captured, too, but closer analysis showed that, often, the out-of-the-box lightness burned out critical detail on bright objects – such as number plates and road signs. 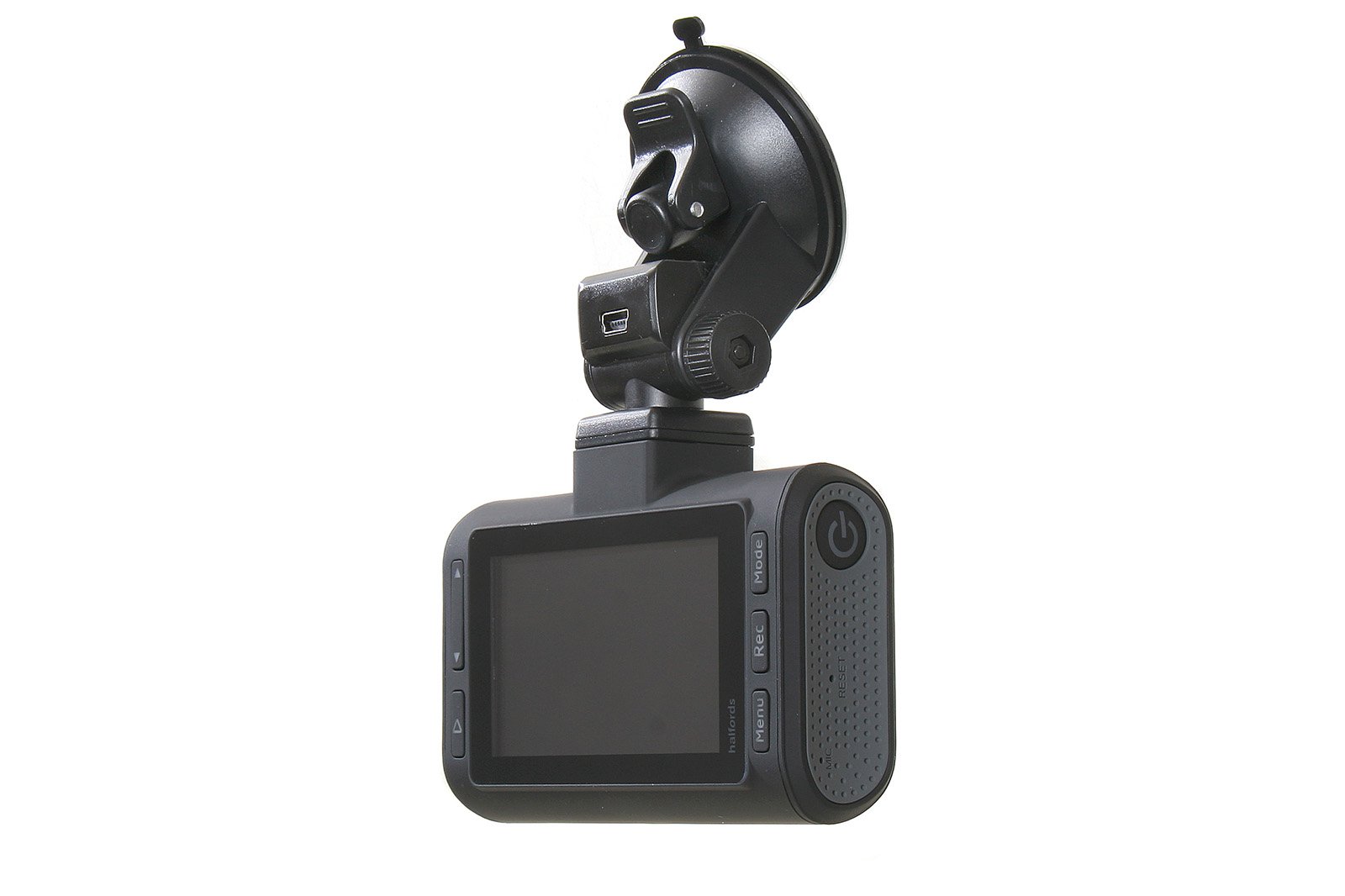 With the HDC300, Halfords has carried out a great balancing act between retaining a killer price and cramming in the most popular features from dearer market leading models.

As well as GPS and wi-fi, there's a generous 3in screen, full HD recording, and you can even add a rear-view camera (£35 more). A hard-wire kit (£20 more), giving a fully functioning parking mode, is another option.

If you examine those features more closely, however, the compromises still reveal themselves. The mobile/tablet app is okay but a little basic, and the integral GPS does little more than tally journey lengths and average speeds. 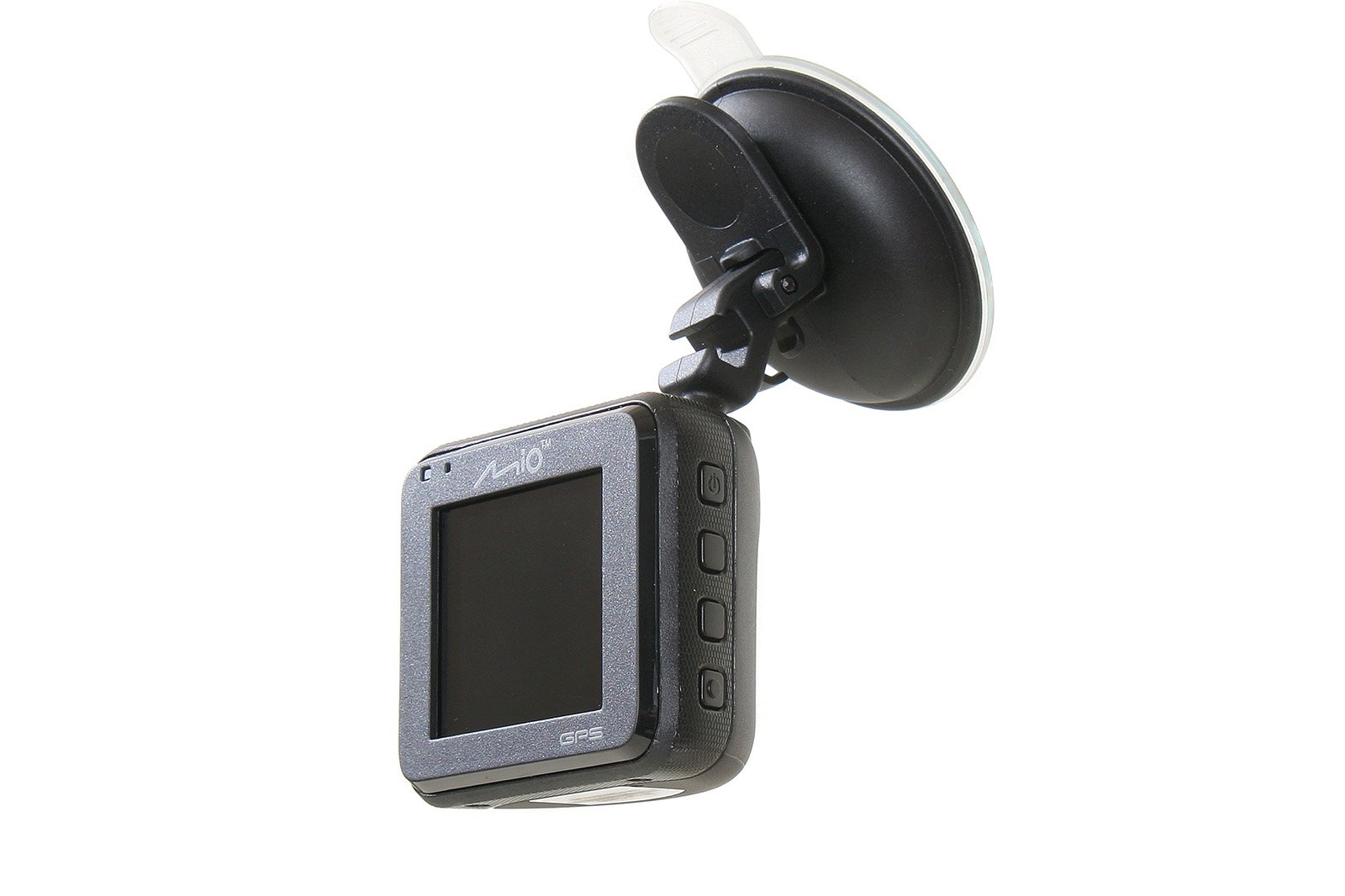 A stunning deal on paper. Not only do you get front and rear cameras, but Mio has played a blinder with the integral GPS. The miVue software combines video footage with an animated route line plotted onto a Google map.

Sadly, recording-wise, the unit doesn't fare so well. Daylight videos have a cold blueish hue, and night time footage is shimmery – even in well lit areas. At this price level we’d normally expect wi-fi, too. 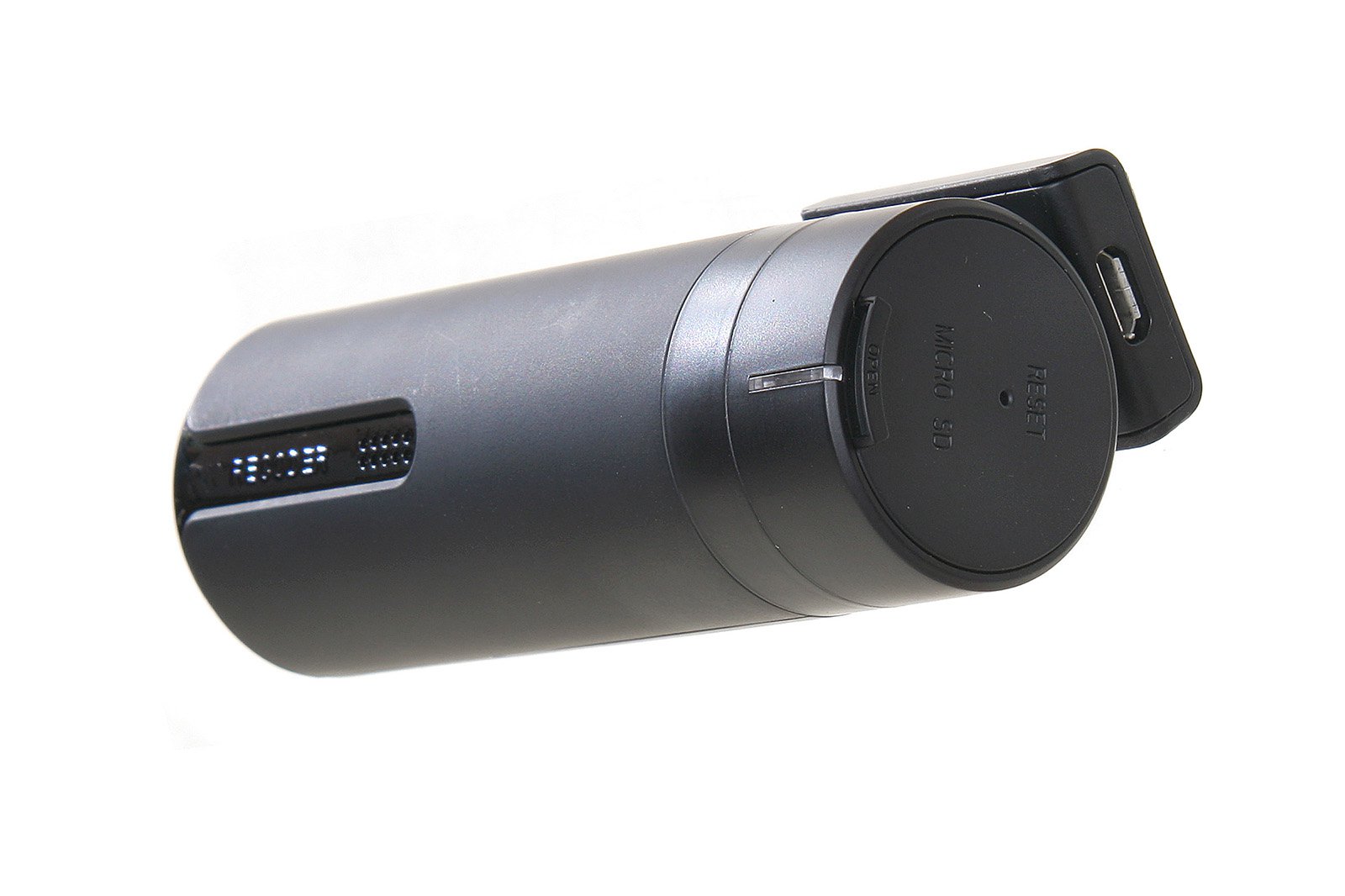 The Aura Drive HD2 is deceptive. Its daytime footage is okay but lacks wow factor – until scrutinised closely. That's when you realise just how clearly the camera captures all those vital details such as fast moving number plates, road signs, and street names.

After dark, the HD2's visual prowess is much more obvious. Road Angel is clearly aiming this unit at the YouTube generation, with a comprehensive mobile app boasting numerous photo filters, loads of image manipulation options and even the facility to add a soundtrack. But, at this price, the lack of GPS is a surprising omission. 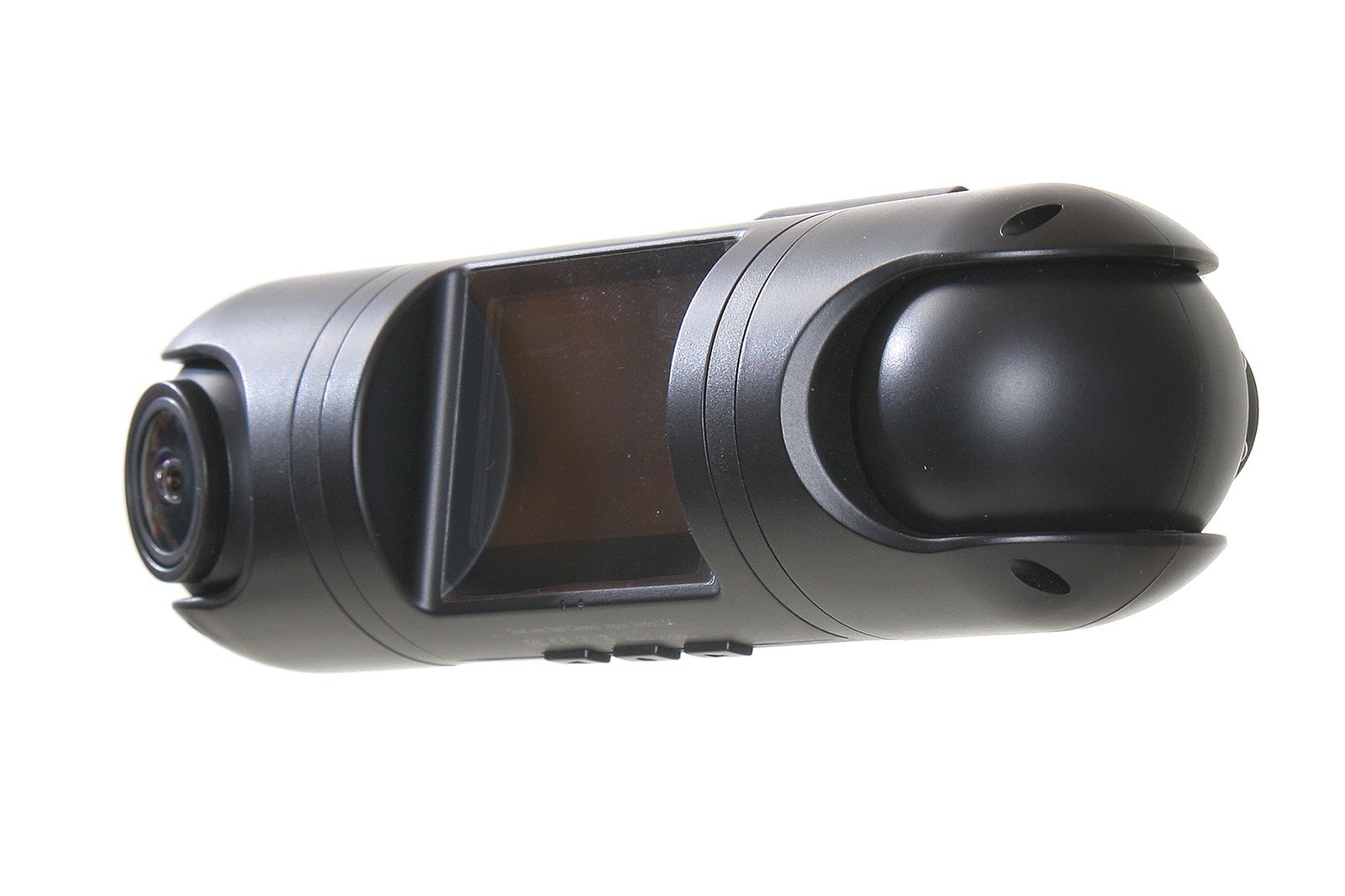 With better-than-HD video output, integral forward and rear facing cameras (the latter with night vision LEDs), onboard GPS, and a quality 32GB memory card thrown in, is this package too good to be true for the money? In short, no. Daylight performance is stunningly bright and detailed, and night time footage – though less of a knockout – still holds its own.

On the downside, its recessed 1.5in screen isn't the best, especially as the lack of wi-fi prevents using a smartphone’s screen instead. And while the PC/Mac software is okay, the download and install process is a little clunky. 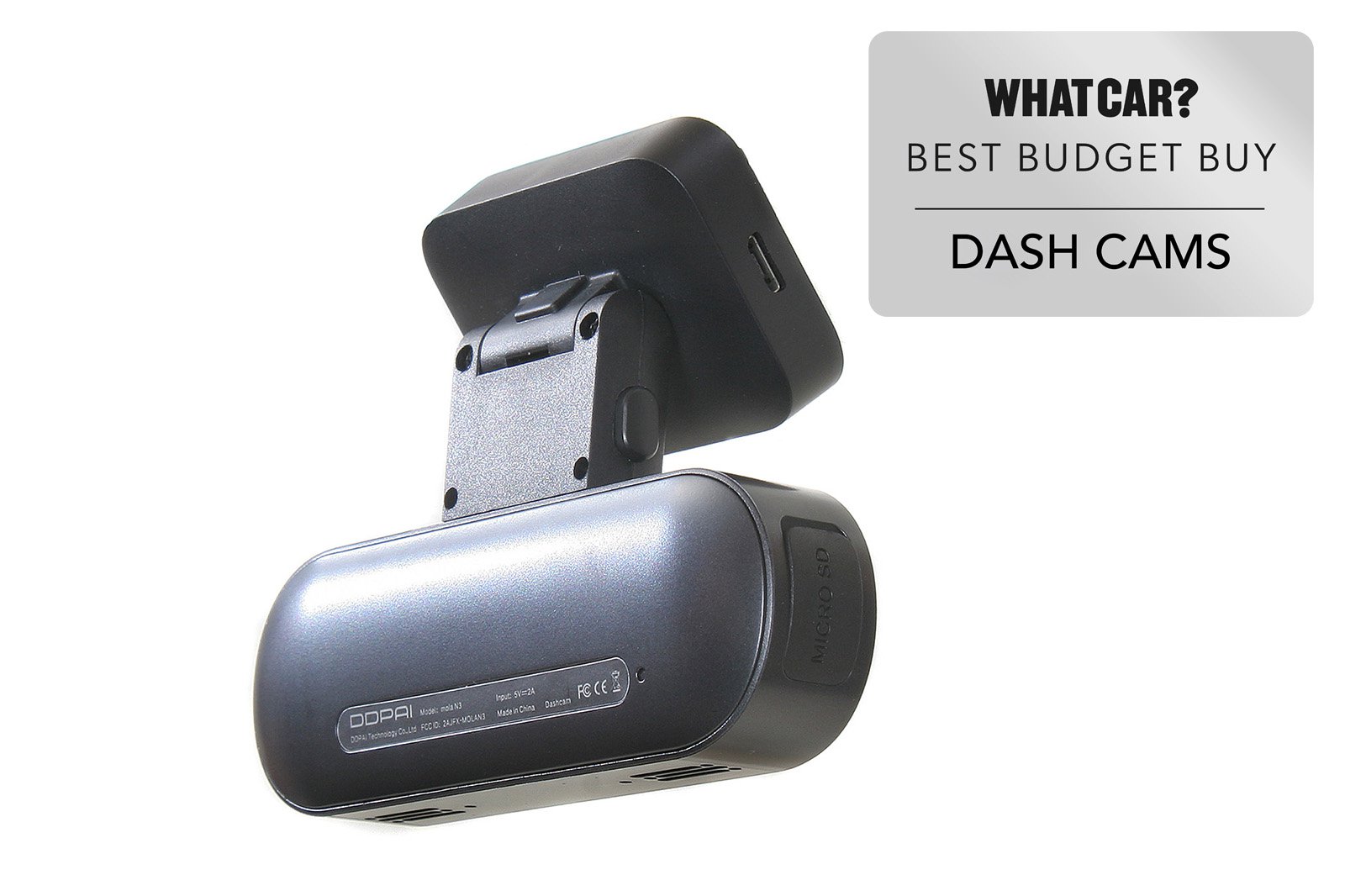 Pipping Amacam's brilliant AM-DC07 to the Best Budget Buy is no mean feat, but the Mola N3 has the edge and boasts an even keener price.

Again, the best video mode comfortably exceeds HD and, once more, this is immediately apparent when viewing captured footage. Actually, on detail, the AM-DC07 is a hair's breadth better than the N3 in daylight hours. But the N3 storms ahead with really clear night footage.

Only intense provocation, such as keeping the car's main beam off on an unlit country road, degrades the video quality noticeably. Onboard GPS, wi-fi, and a decent mobile app are all added bonuses. 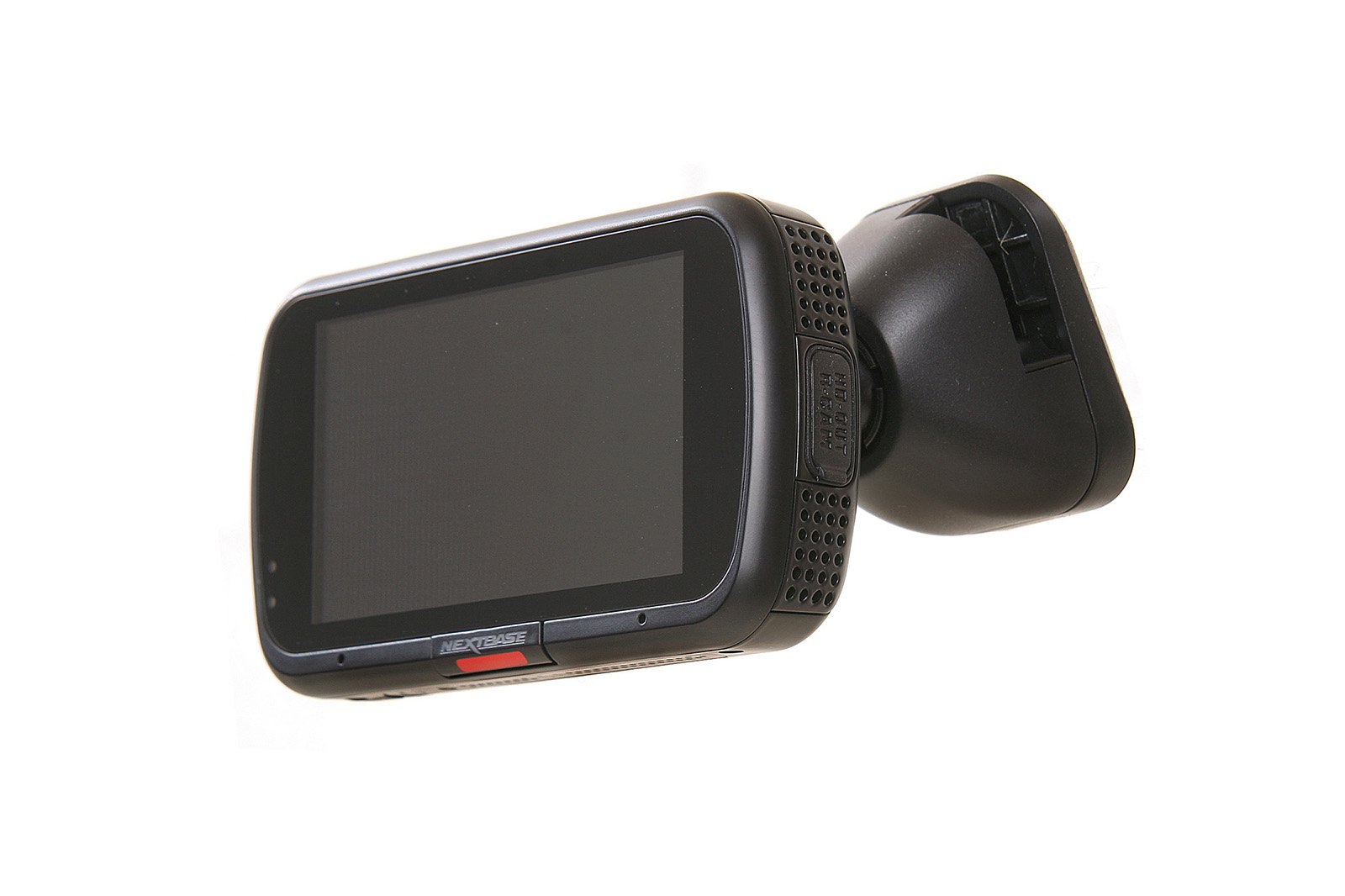 The 522GW's spec is mind blowing: better-than-HD video capture, plus wi-fi, GPS and great mobile and desktop apps all included. And if messing around with a mobile seems a faff, just use the dash cam's clear and intuitive 3in touchscreen, instead.

Now the really clever bits: Alexa support for a growing vocabulary of voice commands, a polarising filter to wipe out any windscreen reflections, and even the possibility of a rear camera, a hard wired power lead, and driver assistance – for summoning help should an accident leave you unconscious. 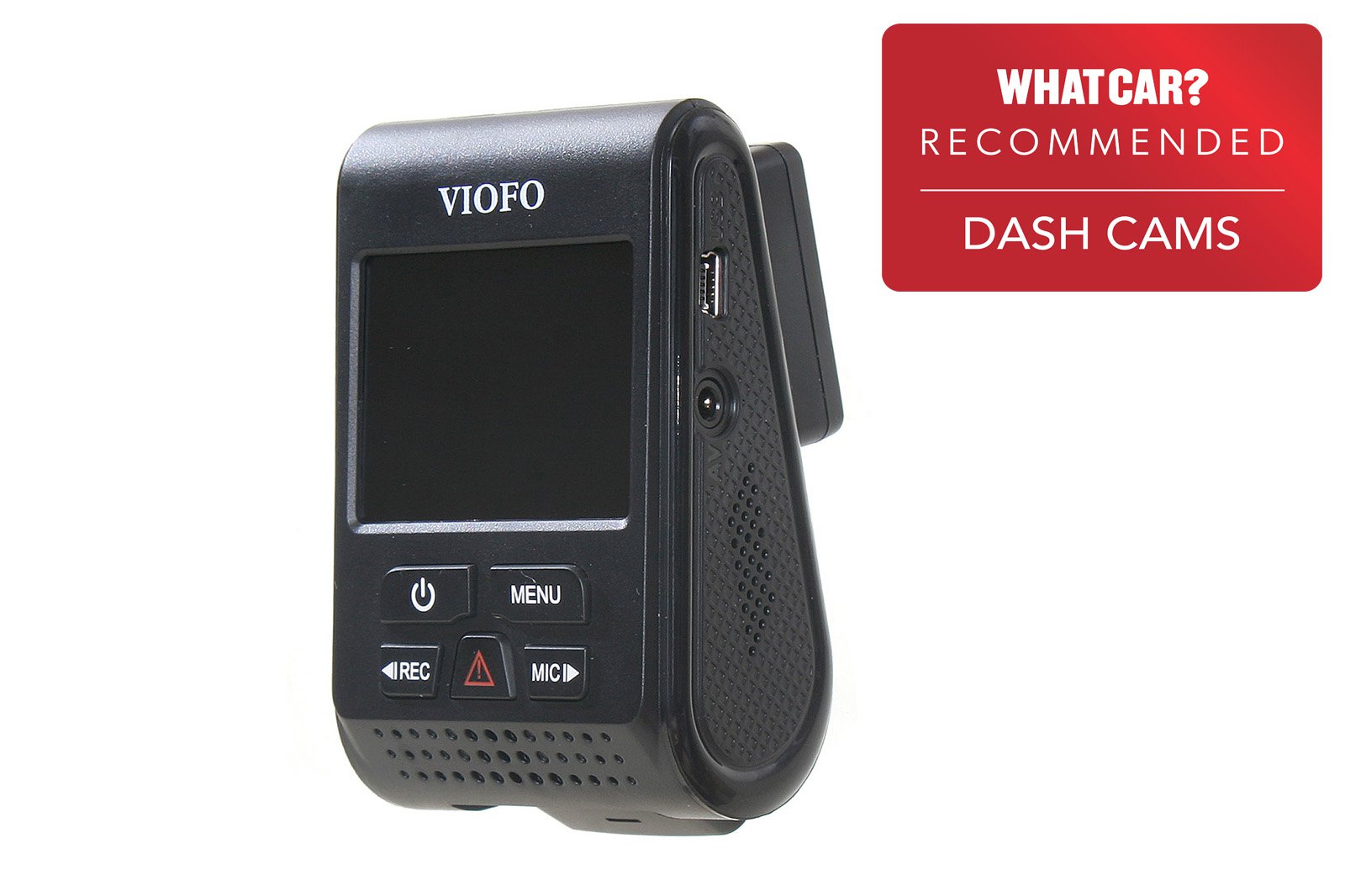 Definitely the purists' choice, thanks to its crystal-clear video performance. Even after great results from the Amacam, RoadAngel, and Mola models, this takes clarity to another level. Daytime and night time performance surpasses all others here.

Away from the optics, GPS is included (for around a tenner less, the same model's available without it), but wi-fi and mobile apps have been ditched in favour of a decent 2in screen.

Optional extras include a polarising filter and a wired-in power lead. The latter complements the various parking modes available – some of which are electrically frugal to optimise battery life. 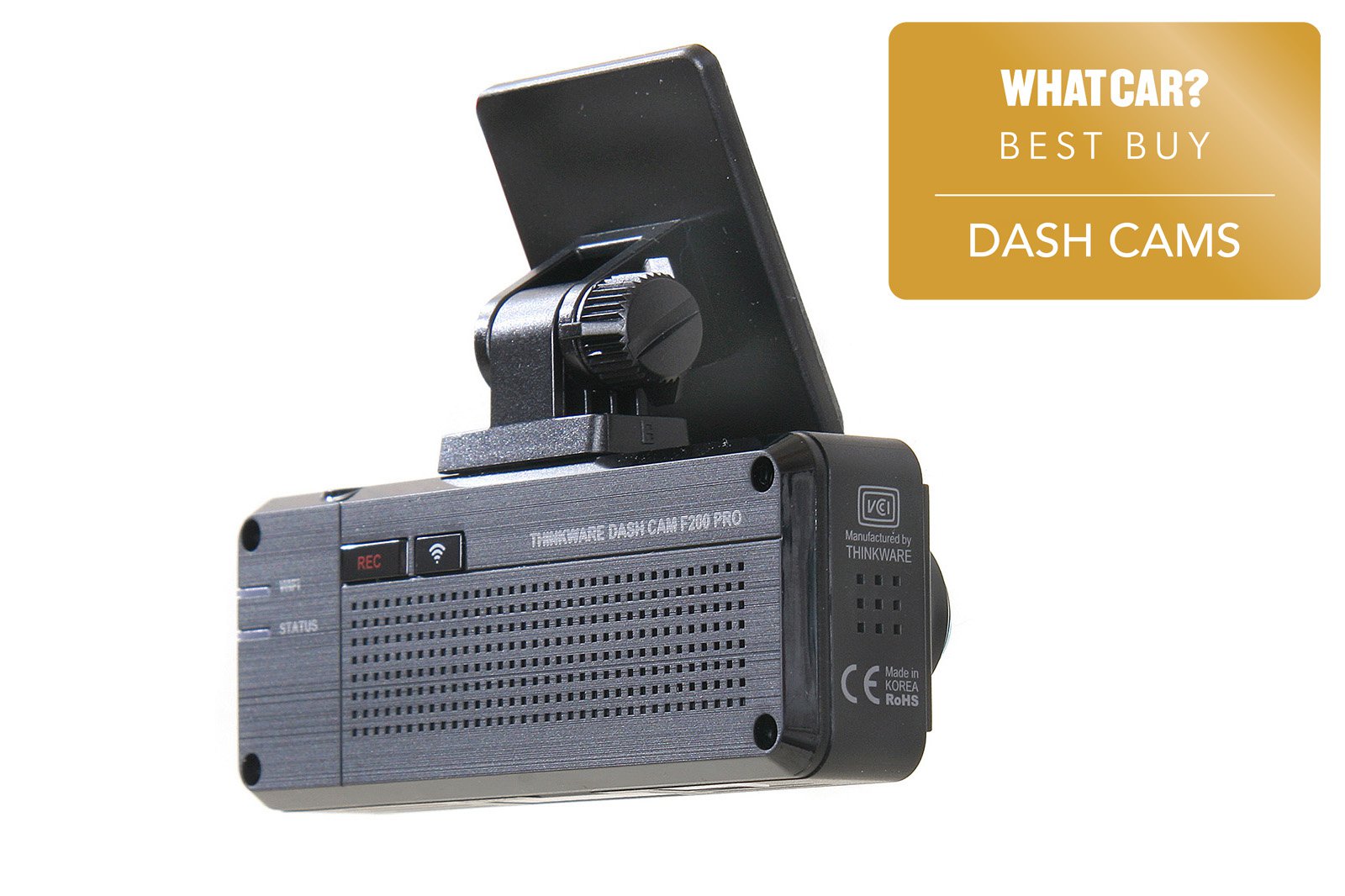 This is the most modular product in the group; GPS, a rear camera and various power lead solutions are optional extras. We’d definitely recommend the combination of the camera and remote GPS antenna, because it unlocks free speed camera alerts to go along with other advanced features like lane-departure and forward collision warnings.

Optically, the footage produced seems good rather than exceptional – until you realise how much critical detail it captures. The clincher for the top spot is that it offers a high-spec, electrically frugal, parking mode. Add in Thinkware’s innovative OBDII power lead, and you have a DIY-fit, professional-style parking monitor.