* Everything you need to know about car insurance * All types of policies explained * How to get the right policy for you... 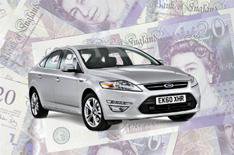 Men or women drivers who are better? If you ask insurers, their statistics indicate that women are actually better drivers than men because they make fewer claims on their car insurance.

When women do make claims, they also tend to be less expensive than those lodged by male motorists because they are more likely to involve a minor bump than a complete write-off.

Whats more, women are convicted of driving offences much less often than men.

Figures released by the Government show that men account for more than 92% of all driving convictions handed out in the UK, while just 2% of convictions for dangerous driving are handed out to female motorists.

Thats why insurers reward women with premiums of on average 150 less a year than men.

Is that really fair?
Insurers argue that women should pay less for car cover because they generally cost less to insure.

However, the European Court of Justice does not agree. It recently ruled that insurers should not be allowed to charge men and women different premiums based solely on their gender.

New rules outlawing the practice are therefore in the pipeline, and are expected to cause premiums for women of less than 25 years of age to jump by up to 30% - or around 400 as a result.

Fortunately, however, there are still time to take advantage of lower premiums as the new rules are not due to come into effect until December 2012.

Is there any way for men to benefit from the current situation?
The premiums paid by male motorists are not expected to fall as a result of the European ruling.

Until the new laws come in, there are ways for men to benefit from the cheaper premiums paid by the women in their lives, though.

This is because it is often possible to register a man as a named driver on a womans policy even if the policy has been purchased through a women-only insurer.

However, in order to benefit from lower premiums in this way the named name motorists can not be the registered owner of the vehicle or use complete more miles than the female counterpart.

If that is the case then it is a better idea to add a female driver to the mans policy, as many insurers will also offer discounts to male motorists who register a woman as a named driver on a policy.

It is nevertheless worth bearing in mind that named drivers do not accumulate a no-claims discount, meaning that the cost of future policies could end up wiping out the saving made this way.

Remember too that adding a named driver does not always reduce the policy premium.

Parents who add their children to their policies, for example, can see their premiums go up by 10% or more.

How can women drivers maximise their savings?
Just because women pay less for car cover, it does not mean that they should sit back and assume that they are getting a good deal.

There are still big savings to be made by searching the market for the best value policy.

The average female motorist who uses MoneySupermarket.com to find an insurer from the more than 100 companies listed saves a massive 280 a year.

Dont be fooled into thinking that specialist insurers that only offer cover for women such as Diamond and Sheilas Wheels always offer the best prices.

While they may have the best deal, research shows that general insurers are just as likely to offer the cheapest premiums.

Other ways for women to ensure that they pay as little as possible for their car insurance include choosing a vehicle with a small engine and limiting mileage where possible. After all, the fewer miles they drive, the less likely they are to be involved in an accident.

It also often pays to fit a vehicle with an approved alarm and immobiliser, and to park it in a locked garage or at least off the street at night if possible.

Finally, when applying for insurance, it is a good idea to play around a bit with the excess or amount paid by the policyholder towards any claim to see what difference it makes to the cost.

All motor insurance policies include a compulsory excess, and most companies will reward those prepared to pay a larger excess with lower premiums.

This article has been researched and written by whatcar.com's car insurance partner, MoneySupermarket