More for you |
What Car?'s top 10 used electric cars (and the one to avoid)10 most unreliable SUVsWhat Car?'s best cars for less than £250 per monthGuaranteed discounts on our 2020 Award winners - save up to £19,366Skoda Kamiq long-term test review
Home
News
Enforcement with no force
news

Enforcement with no force

* Positive tests up, tests conducted down * UK has second highest drink-drive limit in Europe * Join our campaign for zero limit... 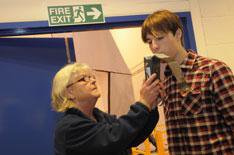 So the message about how much drivers can drink is confused, and the situation is made worse by the fact that British policing also lacks the bite of its European counterparts.

According to a report by the EU Directorate-General for the European Traffic Police Network, a paltry 2% of British drivers are breathalysed every year. That's compared with 30% of French motorists and a massive 57% of Norwegians.

In fact, Italy is the only European country that breath tests a smaller percentage (1%) of its drivers. To cap it all, the UK's Forensic Science Service stopped testing blood samples in February due to funding cuts, so drink-drivers who have been blood tested are likely to escape prosecution.

However, ACPO stresses that the higher 2011 Christmas drink-drive campaign figures don't tell the whole story. It says that police forces carry out an increasing amount of intelligence-led tests, targeting those responsible rather than randomly stopping drivers.

It also claims the police focus increasingly on areas where drink-driving is a known problem. At the same time, it also blamed the cold weather for a drop in the number of breath tests carried out.

The police don't officially have the power to request a breath sample from a driver unless he or she has been involved in an accident, committed a traffic offence or is reasonably suspected to have been drinking. However, the North report recommends the Road Traffic Act is amended to enable the police to breathalyse drivers without needing a 'direct or indirect reason'.

Brake agrees and calls for 'random, targeted and blanket' breath testing to catch out drink-drivers.