1 Skoda Superb
Superb owners said the car lived up to its name, and their high scores propelled it into pole position, not only in its class, but the overall survey. Thats no mean feat for a brand that once struggled with its image.

Proving that such perceptions are firmly in the past, owners gave the car top marks for reliability, performance and running costs. They were pretty happy with its looks, too.

The Superb has value for money and size on its side, and owners rated it best in class for rear passenger comfort. Their highest score went to the cavernous boot, which they found easy to load and unload thanks to the ability to open either the boot lid or the entire tailgate independently.

They loved the way the car drove, too, giving best-in-class scores to the responsiveness of the steering and brakes, the strong engine and the smooth gearbox. Practicality didnt mean compromising on fun, either, with drivers delighting in its handling prowess in bends.

In fact, there wasnt much they could find fault with. Hands-free system problems were most commonly reported, and some noted water leaks into the car and poor radio reception.

Dealers lagged behind much of the competition for waiting room facilities, but they still laid on service with a smile.

3 Volvo S60/V60
Style and build quality delighted Volvo owners, while comfortable seats and an attractive dashboard made the cabin a special place to be. They also loved the purr of the engine and smooth gearchanges. Service and repair costs were panned, though, and some engine starting and steering problems were reported.

4 Lexus IS
The IS retains its top-10 survey spot for the second year but loses its category crown after being pitted against cheaper rivals. Dealers, cabin comfort and trim were praised, while fair charges kept running costs down. Almost one in five owners reported tyre wear, but gripes were generally low-level.

5 Mercedes-Benz C-Class
A return to form for Mercedes smallest saloon, which now sits nine places higher than in 2012. Scores were above average across the board, with full marks awarded for styling. Mercedes dealers were rated best in class for comfort and cleanliness, while the worst scores were for servicing costs.

6 Saab 9-3
Saab is no longer making cars, but perhaps that made owners feel more affectionate towards their 9-3. It climbs a staggering 89 places in the overall survey, thanks to a five-star reliability rating. It was also praised for its smooth, capable engine. Sat-nav and CD player glitches were as bad as things got.

8= Volkswagen Passat
The trusty Passat retains its mid-class position thanks to impressive reliability. Complaints were relatively low-level, although water leaks and tyre wear werent uncommon. Cabin comfort and dealer service were praised, but owners thought Volkswagen could do better with its heating and air-con systems.

10 BMW 3 Series
An average performance by the popular 3 Series after it failed to meet the high expectations raised by its premium badge. Owners enjoyed the drive, but were unimpressed with cargo space, while cramped rear seats that were tricky to fold were also criticised. Tyre wear and misalignment were the most serious gripes.

On the plus side, owners were impressed with the boot and like the styling.

Full results
Click the image below for a full breakdown of the results...


Name Dr Alex Grieve
Age 67
Lives Warwickshire
Job Retired
Model Skoda Superb 2.0 TDI CR 140 Elegance
Miles driven 9500
Ive owned a Mercedes-Benz E-Class, S-Class and R-Class, and the Superb matches them for accommodation, spec, quality, comfort, and pretty much on performance, too. Its just had its first service, and is fault-free. The equivalent Audi A6 would cost double. Badge engineering? The Superb is the thinking mans Audi. 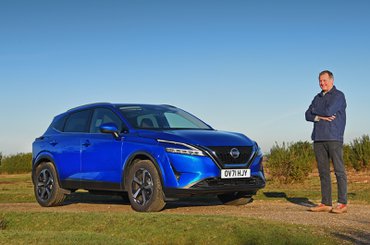