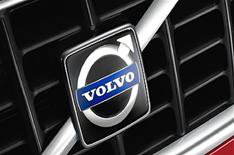 After a year 'on sale', Volvo has found a new buyer: Chinese car manufacturer Geely.

Ford originally chose Geely as its preferred bidder for Volvo in October, but the Chinese company has not revealed how much it will be paying. However, estimates put the price at around $2 billion (1.2 billion).

Ford has still to agree final terms for the sale of its loss-making Swedish company, however it said in a statement that 'all substantive commercial terms relating to the potential sale of Volvo Car Corporation have been settled'.

Once the finances and government approvals are completed, Ford said it expects the deal to close in the second quarter of 2010.

Ford paid $6.45 billion for Volvo in 1999, but started looking for a new buyer last year to raise money and focus on its core brands.