GM to sell off heritage cars

* 50 cars to be auctioned from museum * Clinton's limo and Pope's car included * Auction in Arizona next month... 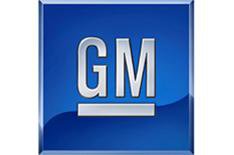 In another sign of hardship in the motor industry, General Motors has said it plans to auction off cars from its heritage museum early next year.

The hammer will fall on 50 cars from the manufacturer's museum in Arizona from January 13-19.

Most manufacturers maintain a fleet or museum collection of its past models. It is sad to see a cash-strapped company selling them off.