More for you |
DVLA warns of 20% increase in car scamsWhat Car?'s top 10 used electric cars (and the one to avoid)10 most unreliable SUVsWhat Car?'s best cars for less than £250 per monthGuaranteed discounts on our 2020 Award winners - save up to £19,366
Home
News
Is small beautiful?
news

* New boss asks for 100 days to decide * Small coupe/roadster and A3 rival for Jag? * Plus hybrids galore... 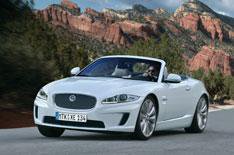 The Jaguar XE is often talked about and is a strong contender as a smaller coupe and roadster to sit below the Jaguar XK. Our artist's image gives an idea of what the car could look like. The difficulty will come in keeping enough space between it and the XK.

Other small cars are likely as Jaguar bids to capture younger buyers (and then hopefully retain them).

Although the X-type wasn't a great success, it's likely that the company could chance its arm in this class again and provide an alternative to the Audi A4, BMW 3 Series and Mercedes C-Class.

All of these rival German companies have had smaller cars than this for some time, and are downsizing even further as the Audi A1 supermini shows. Jaguar could well follow suit, although it's much easier to picture an Audi A3 rival at this stage rather than a supermini.