More for you |
DVLA warns of 20% increase in car scamsWhat Car?'s top 10 used electric cars (and the one to avoid)10 most unreliable SUVsWhat Car?'s best cars for less than £250 per monthGuaranteed discounts on our 2020 Award winners - save up to £19,366
Home
News
Learner drivers get motorway lessons
news

* Learners to take lessons on motorways * Only with qualified instructors * Green light from next year... 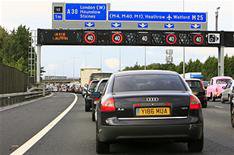 Learner drivers will be allowed to take lessons on motorways from next year, road safety minister Mike Penning has announced.

Penning told the Institute of Advanced Motorists that learners would be able to take to the motorways, but only in driving lessons and if a qualified instructor accompanies them.

The aim is to cut the number of deaths on the nation's major roads involving young motorists.

'Are we teaching young drivers to pass a test or are we giving them the skills to enjoy life on the road?' asked Mr Penning.

The change would not be compulsory though, because some learners would live too far from a motorway for it to be practical in a driving lesson.

The IAM welcomed the move, chief executive Simon Best saying: 'This change will mean that properly supervised young drivers can learn how to drive on a motorway with somebody beside them.'

However, while he welcomed breaking down the feeling of intimidation that motorways can bring, he called for Penning to go further, saying: 'Motorways are, after all, our safest roads, so as part of the changes to the test, we would also like to see more training for learners on rural roads our most dangerous roads.'

Penning also said the scheme that allows trainee instructors to give lessons is set to change.

'It is a legal requirement for trainee driving instructors to display the pink licence disc to show learner drivers that they are not fully qualified,' he said.

'However, we are aware that there are concerns about the use of trainee licences and I share those concerns. We are reviewing the training process for instructors as part of our work to modernise the driver-training industry.'

Part of this modernisation could also include scrapping the Pass Plus post-test qualification, which has only a 1% take-up at the moment.

'We are continuing to work with the driver-training industry, insurers and young people to develop a new post-test qualification that will provide candidates with an improved way to develop their driving skills after passing their test,' said a Driving Standards Agency spokesperson.

A new qualification is expected in 2014.