Liquid engineering aims for No1 slot 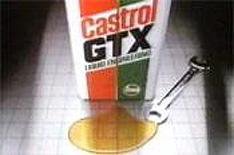 The track, originally written by Austrian composer Gustav Mahler, has been updated and remixed and is being released next week as a single.

Last year Castrol launched a promotion asking the public to remix the track into a ringtone.

The winning ringtone was made by music teacher Mark Taylor from Birmingham, whose creation has been turned into a complete single that's being released next week.

The track is called It's Liquid Engineering and will be available to download from iTunes on August 25. All proceeds will go to the Teenage Cancer Trust.