More for you |
Every 5-star car on What Car?Used test: Maserati Levante vs Porsche MacanNew issue of What Car? magazine on sale nowMost and least reliable small SUVsRevealed: the car makers whose discounts have got bigger since lockdown
Home
News
Londoners support congestion charge
news

* 61% of Londoners back C-charge * Almost seven out of 10 think it's good for city * Porsche still opposes plans... 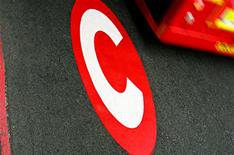 The majority of Londoners are in favour of Mayor Ken Livingstone's decision to charge up to 25 for high-emissions vehicles within the congestion charge zone, according to a new survey.

The plans, due to come into force on October 27, will enable the Mayor to charge 25 for all cars that emit over 225g/km of carbon dioxide, while cars that give off less than 120g/km will be exempt from the charge.

The survey polled 1041 adults from the age of 16, and reveals that 61% of Londoners support the Mayor's congestion charge increase, with 29% opposing the move.

It also showed that 67% of Londoners supported the exemption for cars below the 120g/km threshold - such as the Volkswagen Polo Bluemotion - while 21% opposed the discount.

In addition, the survey also suggested that 65% of Londoners believe the new measures will be good for London, with 19% disagreeing.

Mr Livingstone said: 'This robust survey provides further clear evidence of the strong support from Londoners for these measures, with 61% behind the decision to charge 25 for gas-guzzlers. Moreover, 65% say that the overall policy is good for London'

Porsche still opposes plans
Despite the support, Porsche is still campaigning against the increased 25 charge. The Mayor attacked the sportscar maker, saying: 'Luxury car manufacturers such as Porsche should take the hint and put their energy into reducing the carbon emissions of their cars instead of pursuing pointless legal action against this ground-breaking policy.'

The German sports car manufacturer is applying for a judicial review to have Mr Livingstone's decision overturned, saying that the increased charge is 'unfair and disproportionate'.

Andy Goss, the managing director of Porsche GB, said 'Thousands of car owners driving a huge range of cars will be hit by a disproportionate tax which will have a very limited effect on carbon dioxide emissions'.

It may also damage sales for Porsche in the UK, as all the cars in their current range fall under the highest 25 charge.

Boris Johnson, the Conservative mayoral candidate suggested that 'Londoners use their cars because of the appalling state of the transport system - a big car tax won't change that'. However, he isn't backing Porsche's legal challenge.