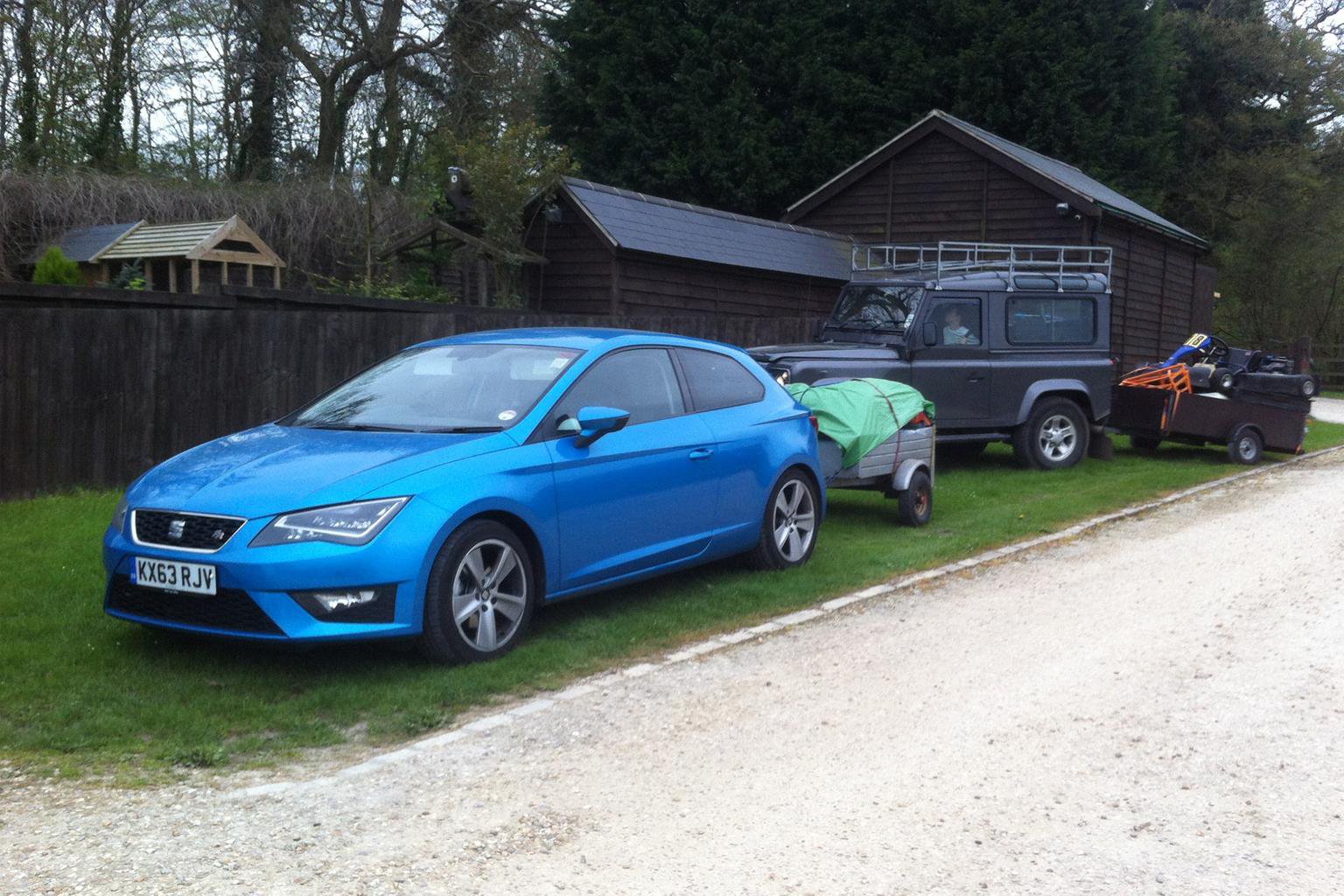 I've been chatting online a bit more with fellow owners about their experiences with the latest version of the Seat Leon, and the general feeling is positive.

Now, I understand that one tends to be speaking to fans of a brand when you head to owners' forums, but those that contributed seemed to have an open mind as far as the Leon is concerned.

Given I only recently learned about the mirror-folding trick last week, I asked fellow owners if they had noticed any other neat tricks on their car to see if there was anything else I was missing.

As well as a couple of comments on the immediacy of the stop-start system and the follow-me-home lights system that keeps the headlights shining after you have parked up, there were a couple of less effusive comments that showed owners weren't just looking at their cars with rose-tinted spectacles.

What struck me most was just how involved the Leon community is. I found three separate forums, and a high amount of engagement on the most popular of those.

**I’ve been looking at the Seat Leon online owners’ forums this week, and have already managed to pick up some useful nuggets about my car.

I had long been baffled about the door mirrors on my Leon. They are supposed to be auto-folding, but they have stayed resolutely put for the first half-year of my time with the car.

However, my very first foray into the world of forumming already yielded a helpful tip. If you press and hold the lock button on the key fob for a few seconds then the door mirrors do indeed fold away. They will then unfold swiftly as soon as you start the car again. Most useful for those moments when I’m parking in a tight spot.

**Given we are in the privileged position at What Car? to be able to jump into all the latest cars on sale, it's easy to work out fairly quickly what you do and don't like about a particular model. Being able to compare one car to another easily means that it is rare that for someone in the office to be undecided on the usefulness, irritation factor or level of genius displayed by a gadget or lever in a modern cabin.

However, it's confession time. I am still undecided about the proximity sensor on the Leon's sat-nav screen. Essentially it recognises when your hand is near and pops up another set of options at the edge of the screen.

On first impressions, it's something that's clever, useful and tends to wow passengers getting into the Leon for the first time.

But having lived with it, it can annoy as well. If you are pointing a destination on the screen out to a fellow passenger, then the pop-ups irritatingly block out bits of the map you probably want to look at.

That said, when I'm driving I'd rather have a cleaner map display, unencumbered by extra buttons. After all, when I'm doing 70mph down the motorway I don't need a button to change my route permanently on show.

However, when I do want to change something, waiting for the pop-up to appear takes longer than prodding a physical button.

Like I said - I'm still undecided, which suggests the system isn't perfect, despite being very clever in many ways.

**Another long trek out to the family at the weekend meant I spent another good few hours in the Leon's cabin.

The DAB digital radio that came free as part of the Technology Pack proved sufficient entertainment for a chunk of the trip, until we got deeper into rural parts where radio signal is patchy at best. At this point I chose to play DJ and fired up the music on my phone, connecting it via Bluetooth to start off with.

However, for some reason I've yet to fully fathom, my phone is not a fan of doing other things while streaming music over Bluetooth, and the music can jump while you are searching for a new track. This got irritating after a while, so I plugged it into the socket in the glovebox.

However, the entire system crashed. After a few tense moments it fired itself back up again, but I had to re-enter the destination into the sat-nav.

It's behaved itself since, but the second it shows any more signs of playing up I'll be picking up the phone and calling the dealer.

A three-door Seat Leon might not be the obvious choice of car to help you move house, but Tom Webster's long term car had something I needed for the job – a towbar.

The Leon's towbar was fitted to hold a bike rack, but is rated to pull a 600kg unbraked trailer. That's around double the load I put on it, which it carried with ease. You wouldn't have known the conventional small trailer was there, sometimes all too literally; it was all but invisible through the Leon's high back window or in the standard door mirrors, apart from when I was cornering.

What I didn't expect from the Leon was that, with its seats folded, it would prove quite so spacious. It held 60 cardboard boxes (unassembled) with room to spare as well as numerous bags and valuables I couldn't pack in a truck.