Motorhome laws in the UK revealed

We list and explain the motorhome laws you need to know about – from what vehicles you can drive to where you are allowed to drive them...

The law is the law, and it doesn’t matter whether you’re commuting on a Brompton bicycle or wending your way to the Lake District in your motorhome, you have to abide by the rules. But what exactly are those rules? Here we explain the ones you need to know before you set off on a motorhome trip.

What type of motorhome can you drive?

The type of motorhome you can drive depends on your driving licence, and more pertinently, when you passed your driving test.

If you passed your driving test before 1 January 1997, you’ll see that you have category C1 entitlement on your licence. That means you can drive anything weighing up to 7.5 tonnes. You should also have C1+E towing entitlement, which means you can tow a 750kg trailer behind a 7.5-tonne vehicle.

In real-world terms, the C1 entitlement means you can drive pretty much anything up to perhaps the largest US-style RV motorhomes.

Things are different if you passed your test after 1 January 1997, because your licence will cover you to drive a vehicle up to only 3.5 tonnes (and tow a 750kg trailer). In order to drive anything heavier, you’ll need to have lessons and pass a specific driving test.

Even if you have an older driving licence, the DVSA requires you to renew it when you reach the age of 70, at which point your ability to drive a C1-rated vehicle is suspended until you have taken and passed a medical. You can avoid this by filling out form D2 and getting your GP to fill out form D4, stating that you are fit and well to drive such vehicles. 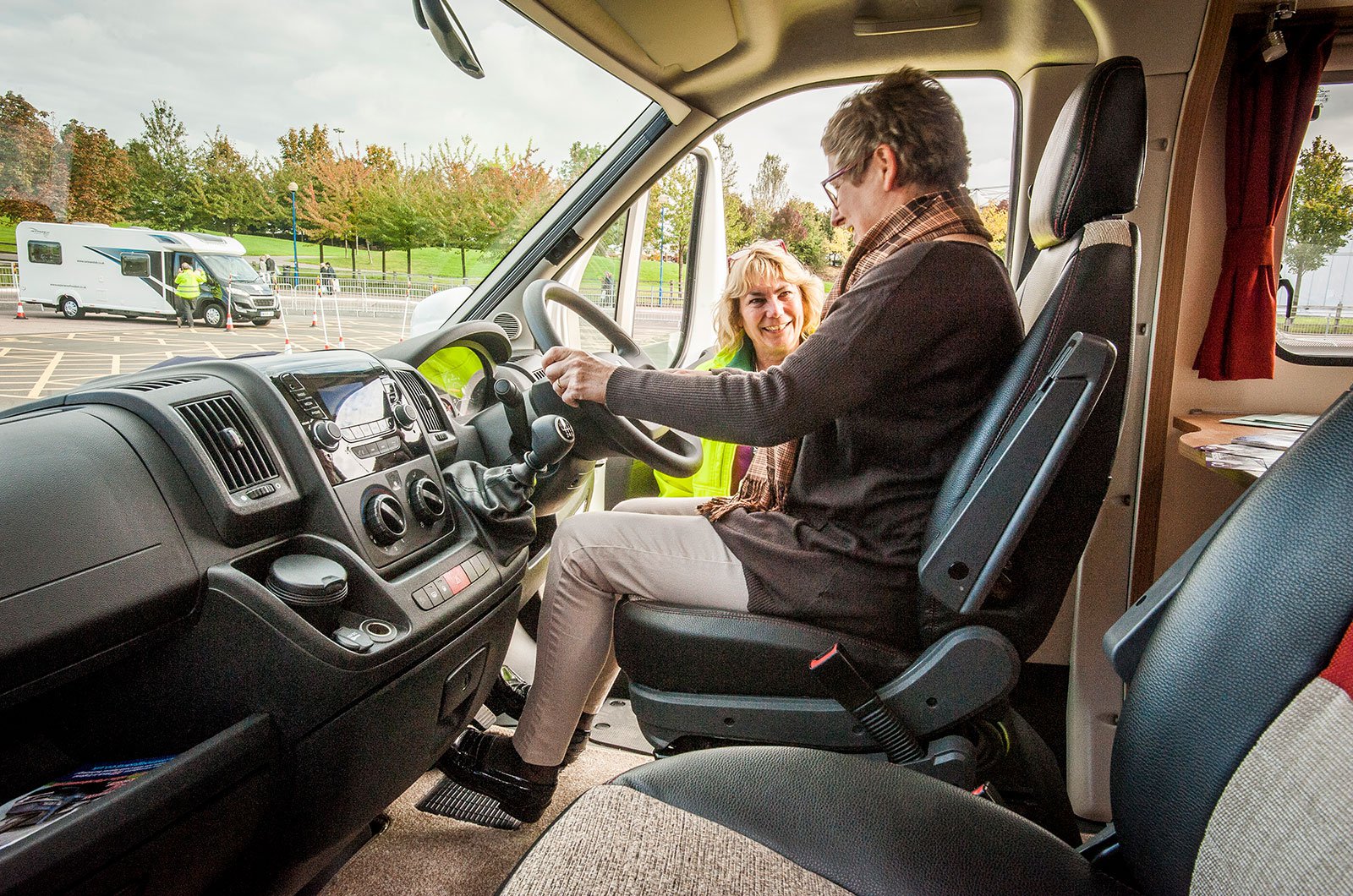 Where can you drive a motorhome?

Pretty much anywhere, although common sense should always dictate where – and when – you drive your motorhome.

Motorhomes in the UK are restricted by size, but the biggest ones on the road are still pretty big. A large motorhome can be up to 12 metres long and 2.55 metres wide, so it’s going to take up quite a chunk of space. Bear in mind that the bumpers and mirrors will be sticking out beyond those dimensions, so you’ll need to have your wits about you.

That’s why it would be rather unwise to try to drive one through any city centre at rush hour. If there’s a way to guarantee that your holiday zen will be thoroughly upended, then that’s it. And as for town-centre parking? That would bring a cold shiver to anyone.

Also bear in mind that motorhomes can be quite tall, and if it’s more than three metres high it must have signs to remind the driver of low urban bridges. It’s far better to keep a motorhome in the areas it’s most comfortable in – out in the countryside, or on the motorway on your way to being out in the countryside.

Even country roads can become busy, though, especially in summer, so it can make sense to vary your travelling times to avoid the worst of the traffic. While everyone has an equal right to be on the road, you’ll probably be travelling more slowly than other vehicles, so it simply shows consideration to pull over where possible to let them past. 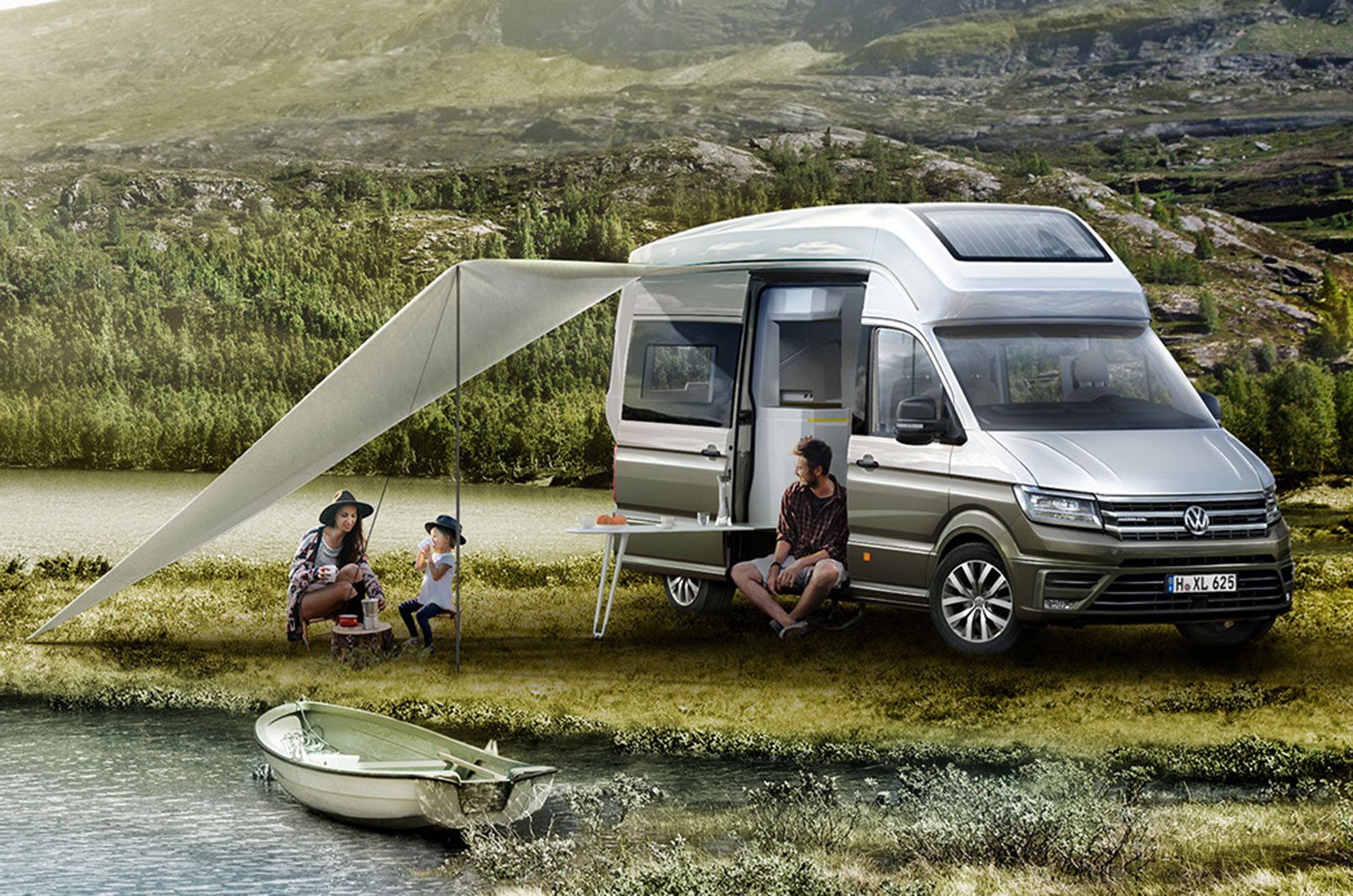 How should I drive a motorhome?

Carefully is probably the best technique. It can be well worth the time and expense of having extra driver training to give you more confidence and help you deal with the extra bulk of a motorhome, especially if you’re new to it. There are plenty of courses around, run by camping and caravan clubs, and HGV training centres. A course shouldn’t cost more than £200 – less than even the most minor collision damage is likely to cost you.

Inside the motorhome, everyone must sit in a seat and must wear a seatbelt. Walking around a motorhome while it’s in motion is an absolute no-no because it’s both illegal and highly dangerous.

Also, any children must be strapped into industry-standard child seats or on a booster seat, until they’re a certain age and size. Most modern motorhomes will have Isofix points and will tell you which seats a child seat should not be attached to.

Speed limits are different for motorhomes, depending on size and weight, so make sure you know what you can and can’t do. For example, a motorhome that weighs less than 3050kg can do the same speeds on the road as a car, so 60mph on a single-carriageway road and 70mph on a dual carriageway. However, if you add a trailer, you have to knock 10mph off both of those.

A motorhome that weighs more than 3050kg and is less than 12 metres long can do 70mph on a motorway. Everything else that’s heavier is limited to 50mpg on a single-carriageway road and 60mph on a dual carriageway and motorway.

Finally, make sure your motorhome is fully insured. It can also make sense to add extra windscreen cover, because a motorhome tends to have a large glass area up front.

2021 new van sales revealed: who were the winners and losers?

Why a passenger carrier could be the perfect family vehicle