The five-year warranty of a new Hyundai Ioniq plug-in hybrid is a big draw, but can it beat the appeal of a cheaper used BMW 330e?... 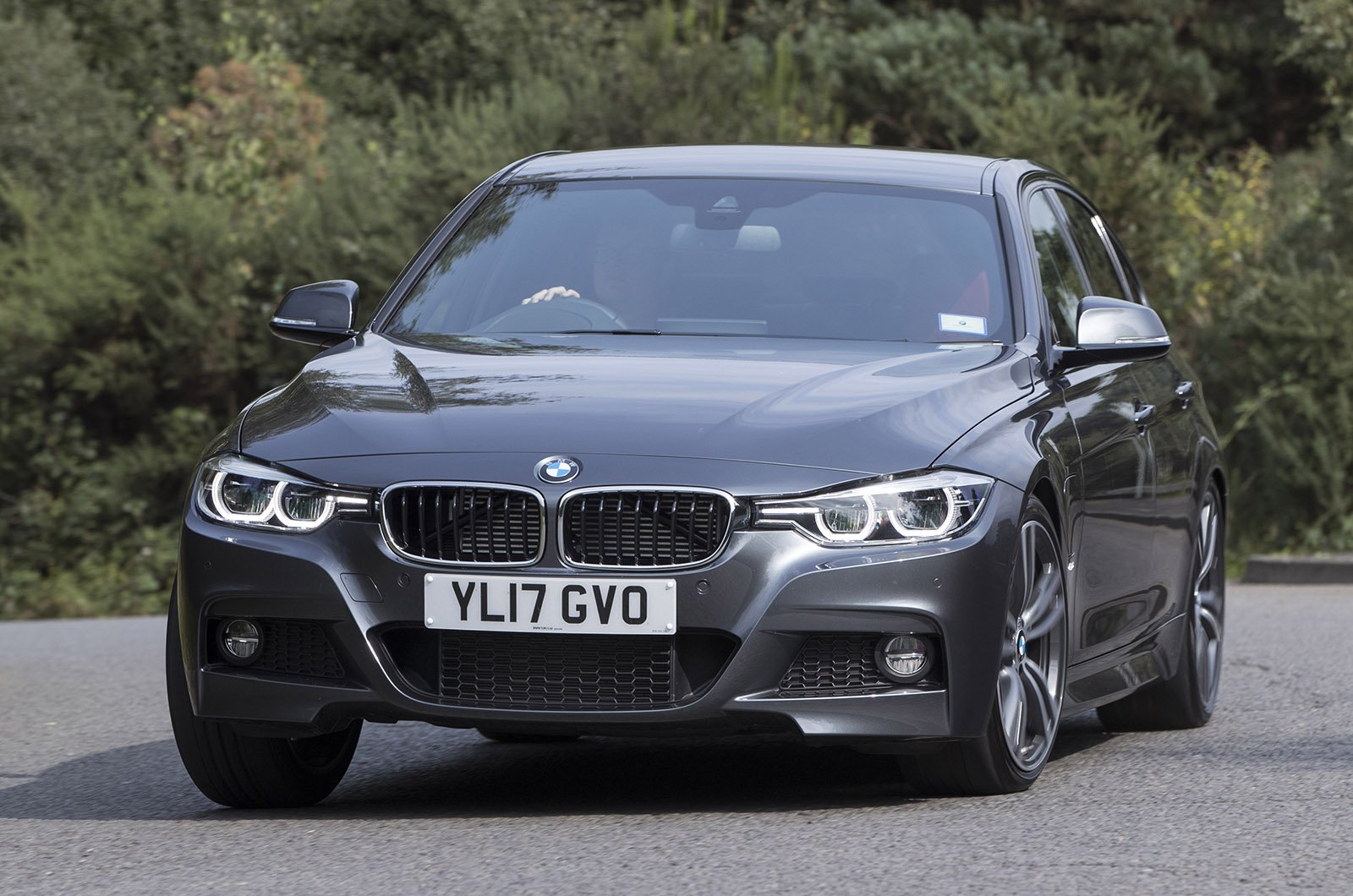 Without contest, the BMW 330e is the nicest car of the two to drive because it has the most power, it is quieter on the motorway and the rear-wheel-drive layout means it’s more engaging to drive. Body movements are well controlled despite the extra 190kg onboard, and the combined output of 252bhp makes short work of getting the heavy 330e up to motorway speeds. Despite not being available with adaptive dampers, the 330e still provides a comfortable ride – provided you stick with the sport version and avoid M Sport, which comes with larger alloy wheels.

That doesn’t mean the Ioniq is bad by any means, but the plug-in hybrid is not our favourite version of Hyundai Ioniq. This is because it uses less sophisticated suspension to save space and, when combined with the extra weight, means the ride can be choppy on rough, bumpy roads. It also feels much less nimble than the lighter hybrid – a shame considering the 330e hides its avoirdupois so well. The steering is light, though, and makes parking a breeze.

Performance is fine, but it’s significantly slower than the 330e and won’t be as refined at higher speeds because of significantly more road and wind noise. On the upside, however, the Ioniq has a much a better EV range of 31 miles compared with the 25 miles of the 330e.

The new price of an Ioniq Plug-in Hybrid Premium is £27,855, but our target price of £24,199 makes it much more affordable. Hyundai provides a five-year, unlimited mileage warranty that makes a lot of sense if you happen to be a company car driver who racks up big mileages. Mind you, with a score of 93.8% in our latest What Car? Reliability Survey, you shouldn’t need to worry too much about that. Fuel economy under the NEDC system is claimed to be 256.8mpg, but unless you keep charging it up, you’re unlikely to get anywhere close to this. Reckon on 70-80mpg as a more realistic economy figure.

The 330e doesn’t offer any more electric-only range, but 25 miles is still useful and will reduce your travel costs if you keep plugging it in. The fuel economy isn’t as good at 148.7mpg and because it uses a larger and more powerful engine, it’ll be thirstier than an Ioniq when you’ve run out of electric charge. Expect to get around 50mpg on petrol power alone.

According to our reliability data, the 330e should be more reliable than the Ioniq because it has a score of 96.6%. You’ll also have to spend less on a used 330e because you can pick up a tidy year-old sport example with fewer than 10,000 miles for around £23,500 – a useful saving considering it once cost someone £36,995. The only thing you’ll need to watch out for is the cost of options, because if you buy a 330e loaded with extras, it might have cost over £40,000 when new and you'll have to pay an additional surcharge of £310. Stick with a standard car, and it’ll only cost you £130 per year in tax, which is the same as the Ioniq.