Electric version of our favourite family SUV adds lots of power and an official range of 259 miles to the mix, but at a hefty price

The premium family SUV class is fertile ground for the proliferation of pure electric vehicles (EVs). Not only are such cars big enough to accommodate sizeable battery packs, but buyers are also happy to pay handsomely for the refinement and performance that are trademark EV traits. Which is why both of these new contenders will fit right in. While the Lexus UX and Volvo XC40 are familiar faces, they’re both now available with the option of pure electric power. 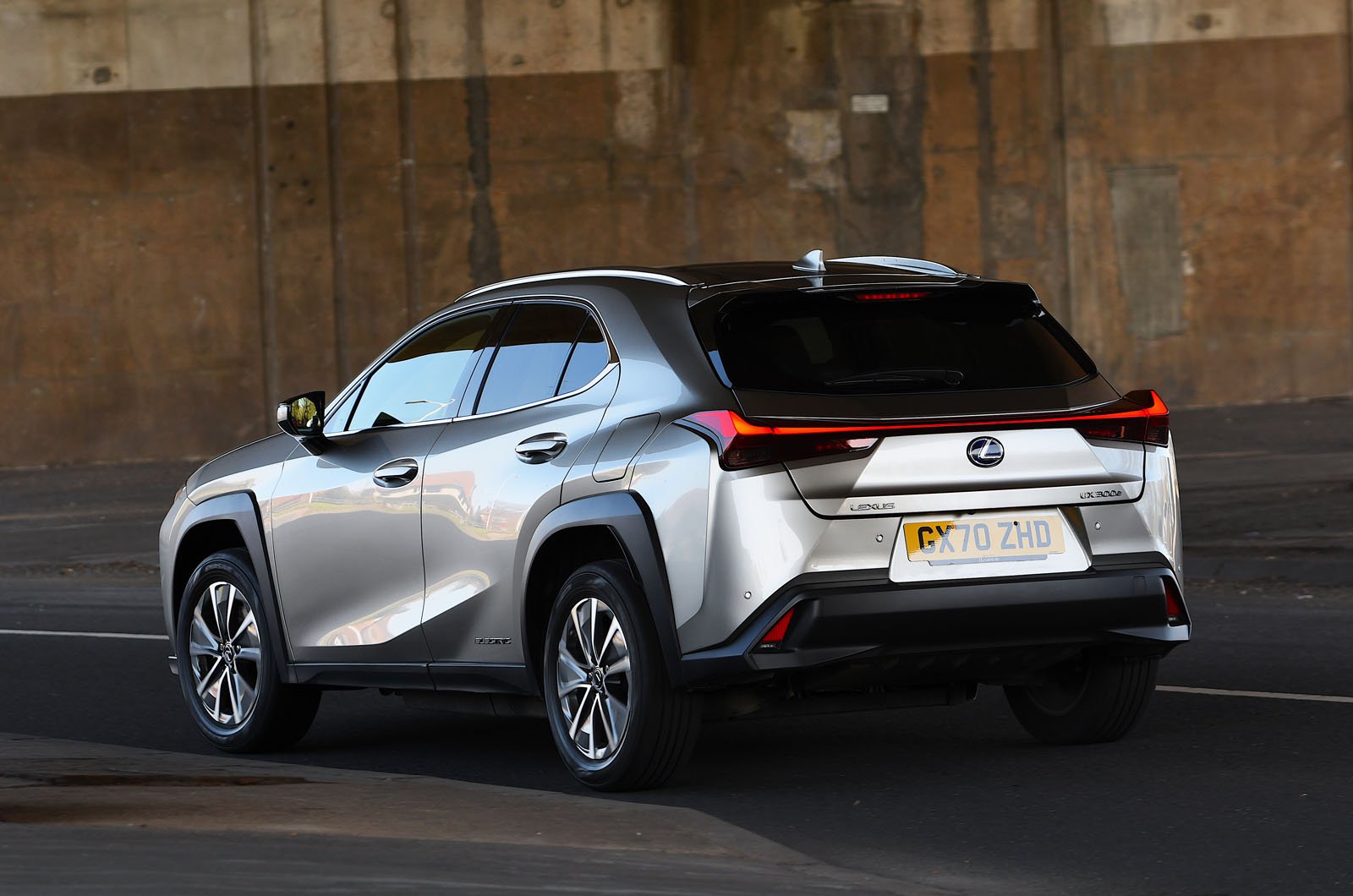 Their approaches are somewhat disparate, though. The Volvo XC40 Recharge Pure Electric gets dual electric motors (producing a whopping 402bhp), four-wheel drive and an official range of up to 259 miles. The Lexus UX 300e takes a more modest tack, with 201bhp from a single motor driving the front wheels only, albeit at a lower price. But with a smaller battery, it also has a shorter official range of 196 miles.

Both offer zero-emissions motoring in luxurious packages, but which one blends EV zen and family SUV versatility the best?

The more potent XC40 is in a different league when it comes to performance. Its power arrives in a forceful rush, with all four tyres clawing at the road to fire it off the line and up to 60mph in just 4.6sec. Despite the SUV shape, the way the XC40 time warps down the road makes it every bit a rival for more obviously performance-orientated models such as the Polestar 2 (which shares its underpinnings with the XC40) and Tesla Model 3 Performance. 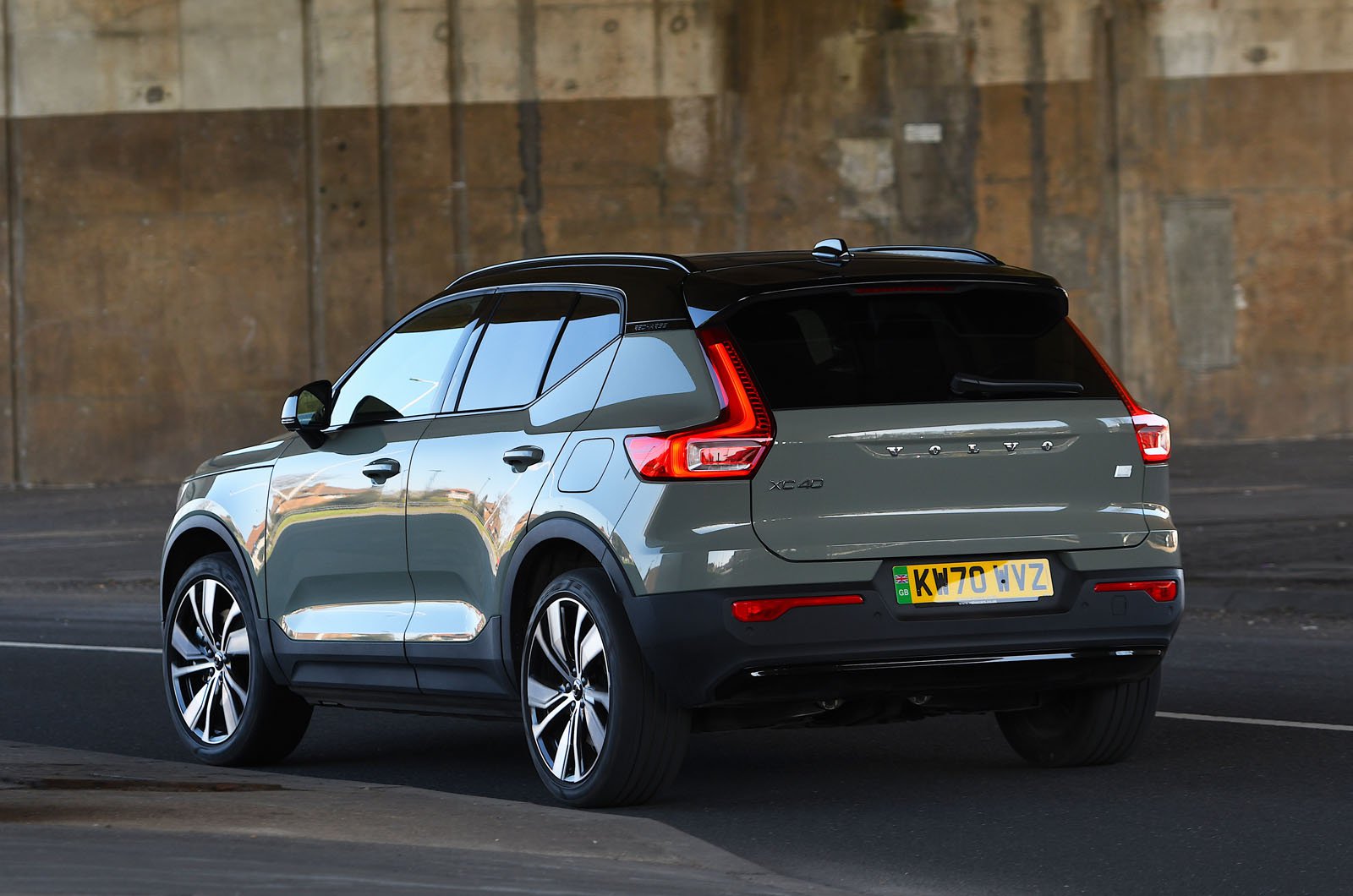 The UX’s 0-60mph time of 7.2sec may seem underwhelming in comparison with the XC40’s, but the car feels urgent enough away from a standstill and, like the XC40, is punchy and responsive in most situations, including when accelerating up to motorway speed on a short slip road or overtaking a slower car on a country road.

Part of the reason for the UX’s so-so 0-60mph time is that it suffers from a shortage of traction. Even in dry conditions, it spins its front wheels if you ask for a quick getaway, while in the damp it can struggle for traction when all you’re doing is exiting a corner.

There are no gears to change in these cars, of course, but you can select heavier brake regeneration modes in both. The ‘one pedal’ mode in the XC40 is just about heavy enough to bring the car to a complete standstill without using the brake pedal at all. The UX offers stepped levels of regen that are adjusted via steering wheel paddles, although none is strong enough for true one-pedal driving. 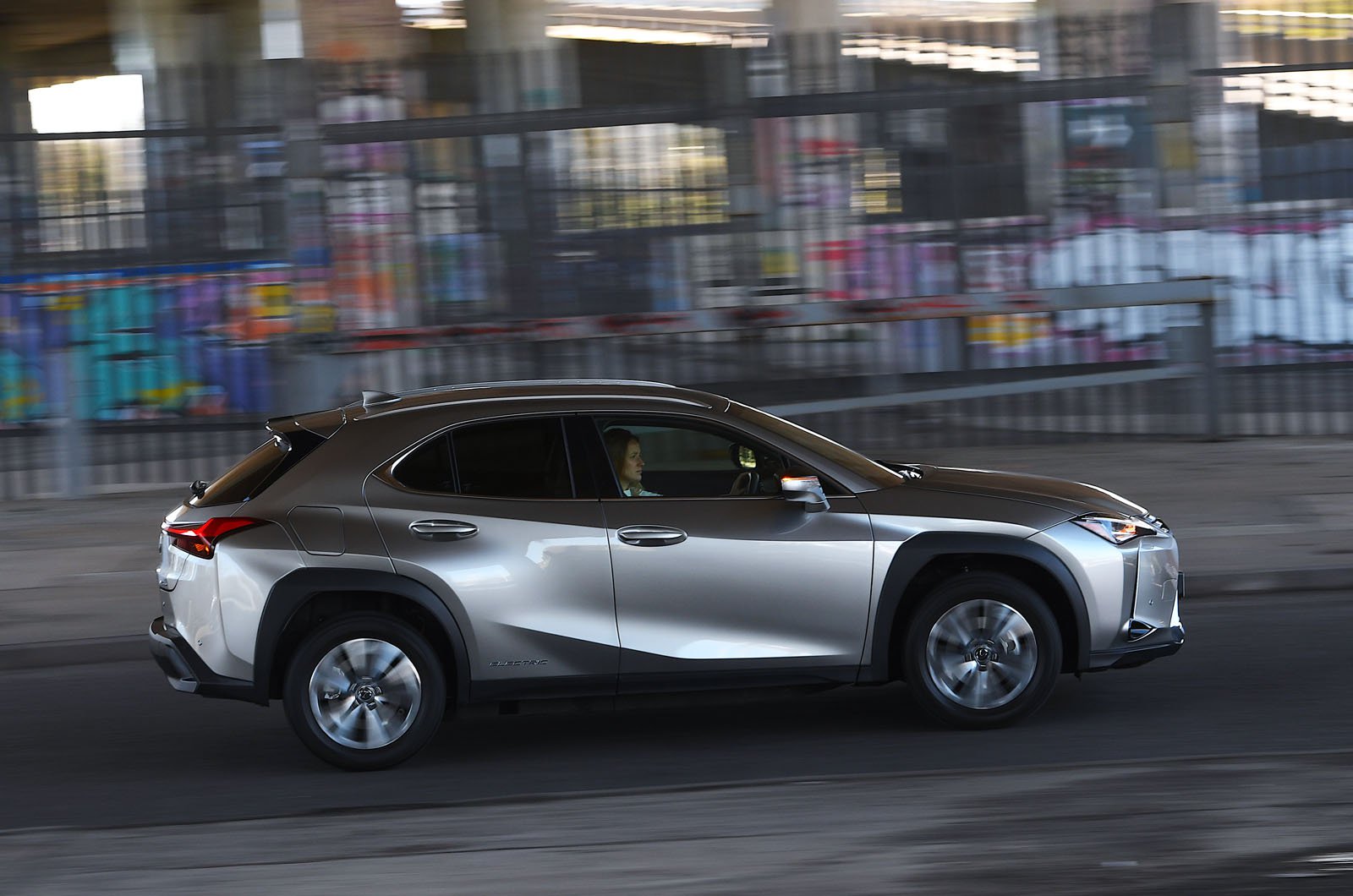 What about range, though? Well, in our test – carried out in dry but cool conditions and covering a simulated mix of urban, rural and motorway speeds – the UX consumed energy more efficiently, achieving 3.1 miles per kWh to the XC40’s 2.7. However, the latter’s bigger battery (75kWh versus an estimated 50kWh in usable terms) means it can go farther between charges in real-world use: 203 miles to the UX’s 155 miles, our calculations suggest.

They’ve got enough range to be useful motorway cars, then, and they’ve got the manners for it, too. Both are quiet at a cruise; the XC40 has more wind flutter over the windscreen, but even by the high standards of this class, this is a very hushed pair of tourers.

A cushy ride further aids the UX’s cause. Urban bumps and potholes are soaked up with ease and the car feels smooth and relaxed even over gnarly surfaces, although mid-corner bumps can have the suspension thumping noisily. The XC40 has stiffer suspension that can be a bit jarring over expansion joints and the like, but it’s damped well enough to take the sting out of most bumps and it settles nicely to be comfortable and stable at higher speeds. 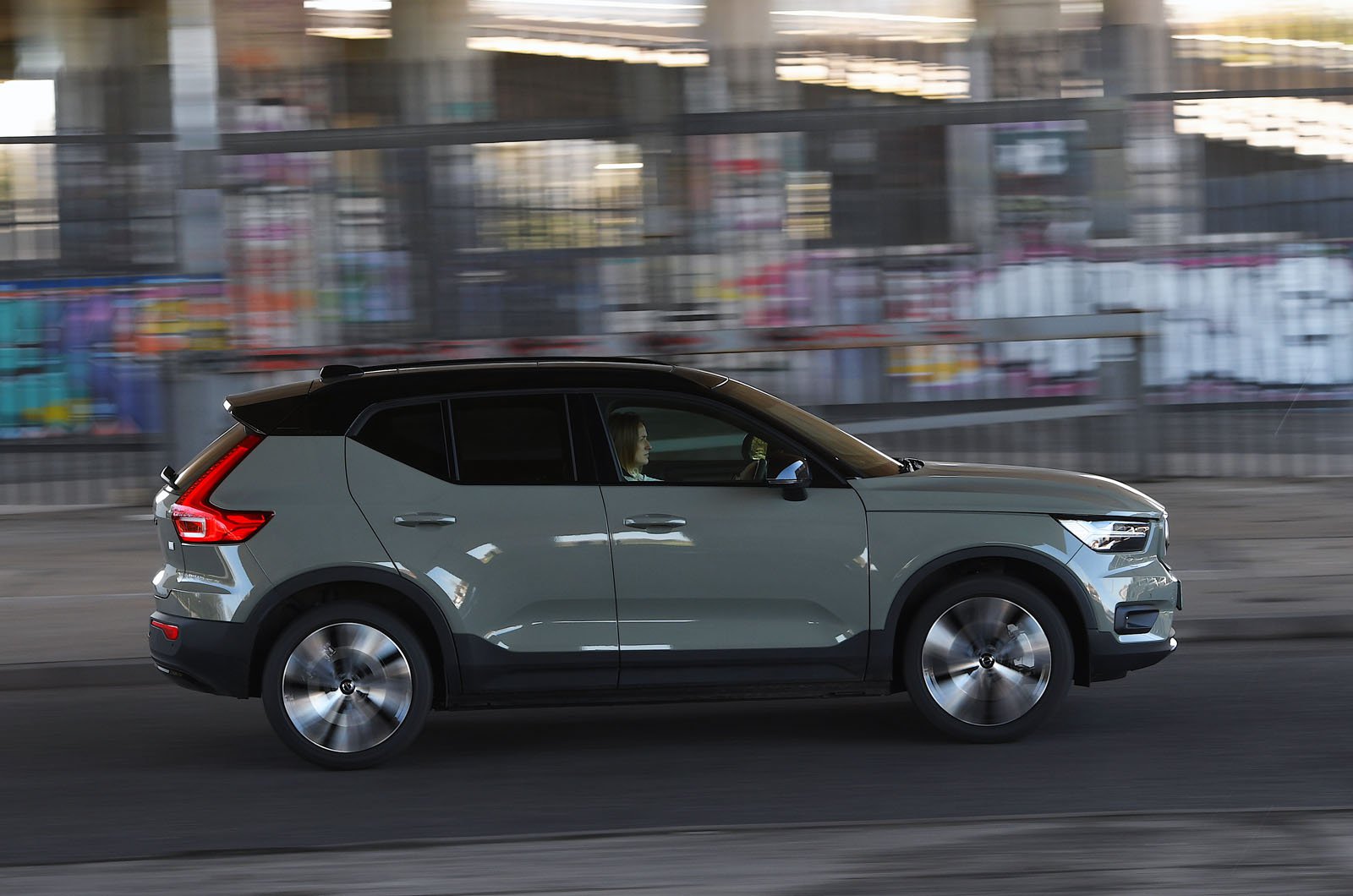 The XC40 isn’t as agile as a Jaguar I-Pace or Model 3, feeling rather heavy in bends (it’s no illusion) and allowing its body to lean over quite a bit, but it’s much tidier than the UX in the handling department. Grip is plentiful, even in fast cornering, and there’s a pleasant precision to its steering that makes it feel more assured than the UX, even at an urban putter. However, the steering is a little too light in Normal mode (you’ll want to switch to Dynamic on faster roads), and a tighter turning circle would be useful.

The UX’s relatively light steering makes easy work of clogged urban roads and car parks, but it feels rather vague until you start winding on lock and never gives much sense of what’s going on at the wheels. The front tyres run out of grip relatively early on in corners, wanting to run wide of your intended line, and the traction control interferes too often. All told, the UX isn’t a car that offers any reward for driving briskly, feeling adequate at best.