More for you |
Used Car of the Year Awards contenders: hybrid carsBest used hybrid cars (and the ones to avoid)Most reliable used hybrid carsCatalytic converter theft - why is it so common? Lexus readying first electric car for 2020 launch
Home
Feature
New Toyota Prius vs Mazda 3 vs Volkswagen Golf
feature 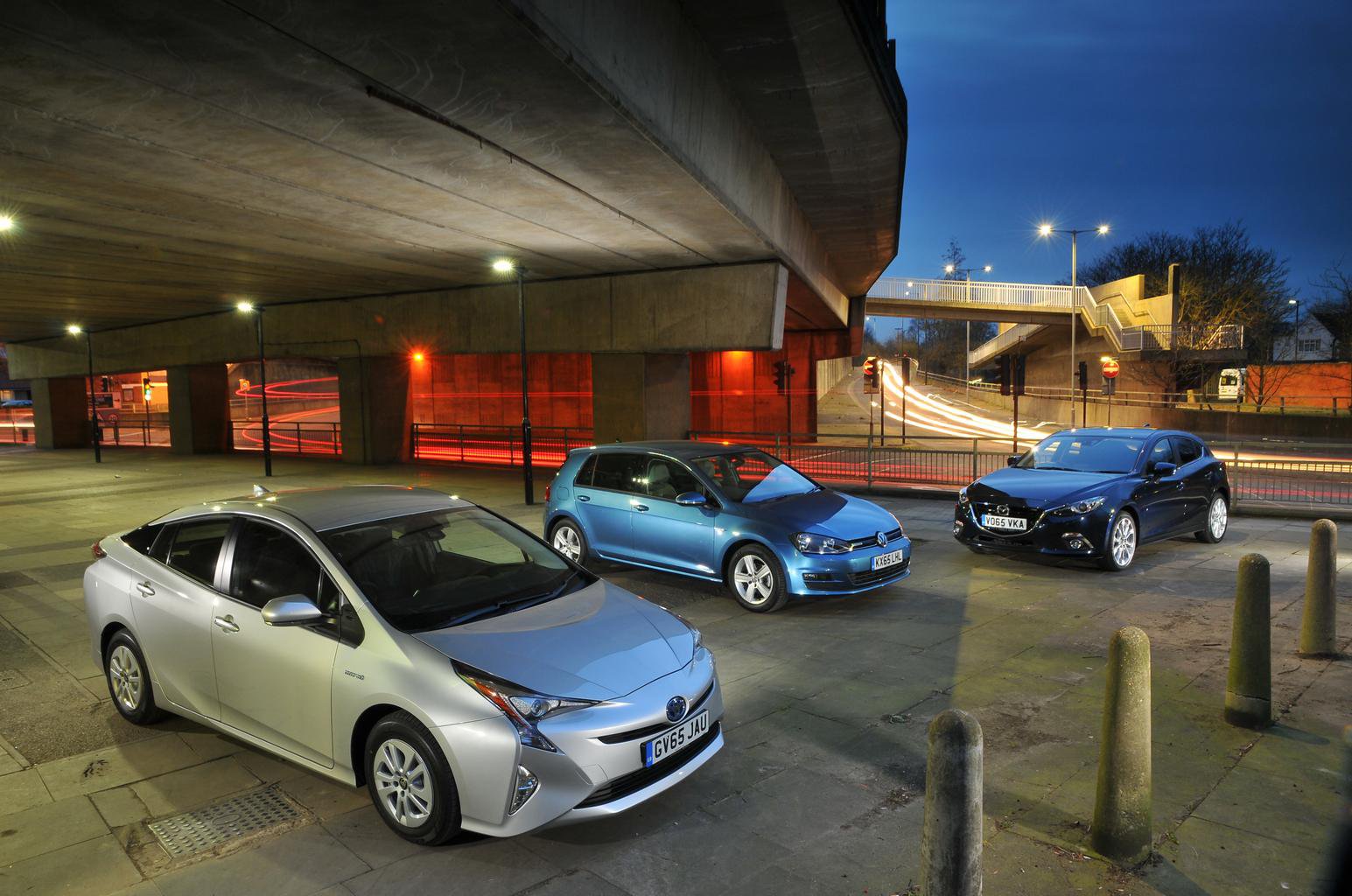 The biggest surprise is the new Toyota Prius. The previous model would have struggled in this company because its low-emission mantra forced too many compromises compared with the best petrol and diesel cars. However, widespread improvements have brought the world’s best-selling hybrid much closer to mainstream rivals on driving dynamics and refinement; it’s better value than ever, too.

It offers big savings for private and company car buyers alike, and you get plenty of luxuries and safety kit. It still has flaws, such as grabby brakes and limited rear head room. What's more, the styling isn’t instantly lovable and it’s not rapid between corners, but it isn’t far from winning this contest. In fact, there are compelling reasons to choose it ahead of any other car in this class.

The Volkswagen Golf clinches victory, though. It’s easily the best to drive – even though other Golfs ride more smoothly – and it’s the most practical, most refined and the quickest. It also has the classiest interior and best infotainment system, which just about make up for its higher ownership costs. It’s just a shame VW doesn’t offer automatic emergency braking on this trim; it’s standard on most other Golfs.

The wooden spoon goes to the Mazda 3. With petrol and diesel similarly priced, its money-saving potential is much reduced over even the Golf; smaller discounts, higher company car tax and heavier depreciation work against it, too. The new diesel engine isn’t especially gutsy, either. The Mazda isn’t a bad car, but it’s the least recommendable here. 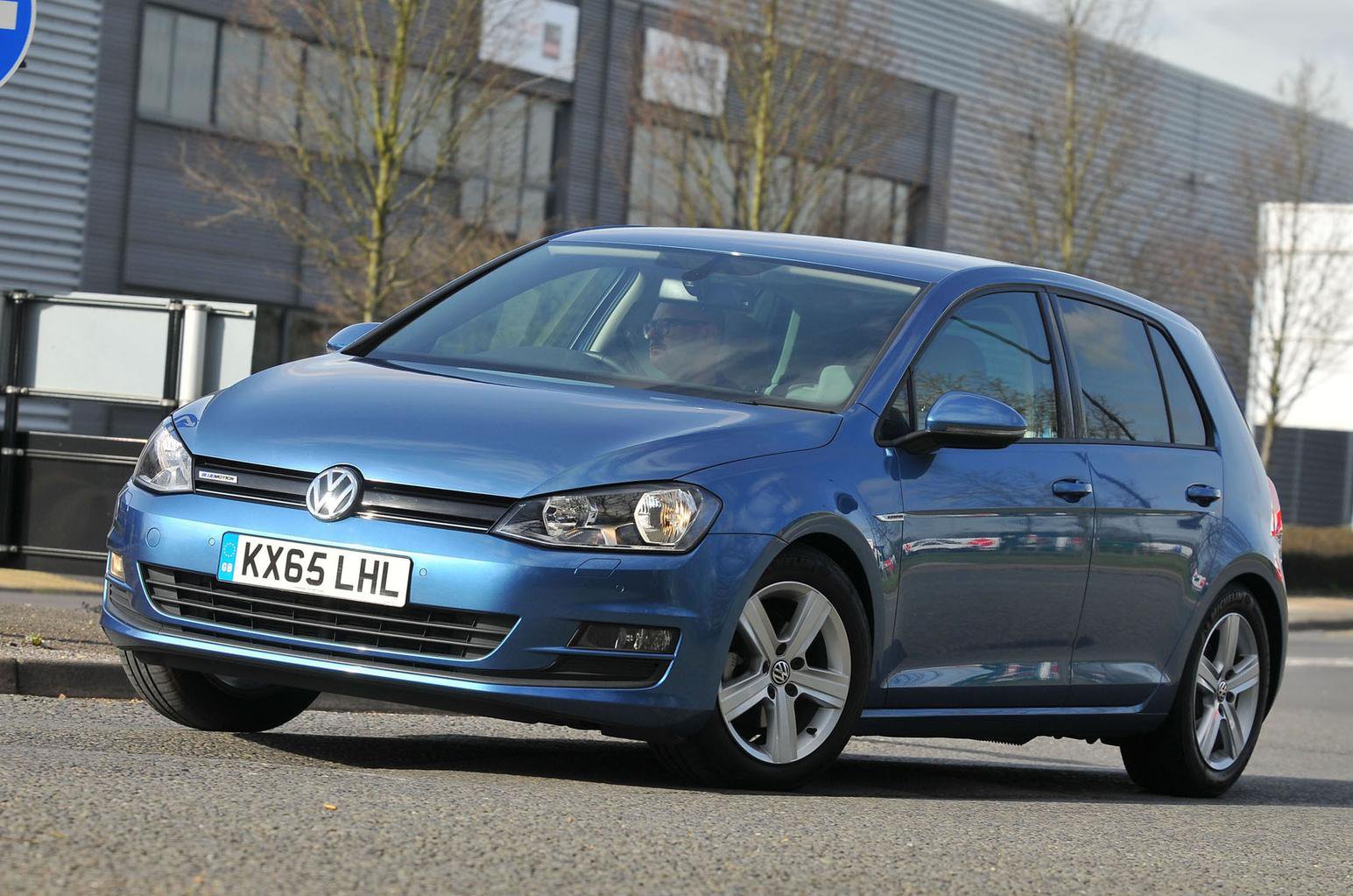 For Best to drive; surprisingly strong engine; most refined; classy and practical interior

Against Prius is considerably cheaper to own; no automatic emergency braking on this trim

Verdict Just edges the Prius thanks to its all-round skills 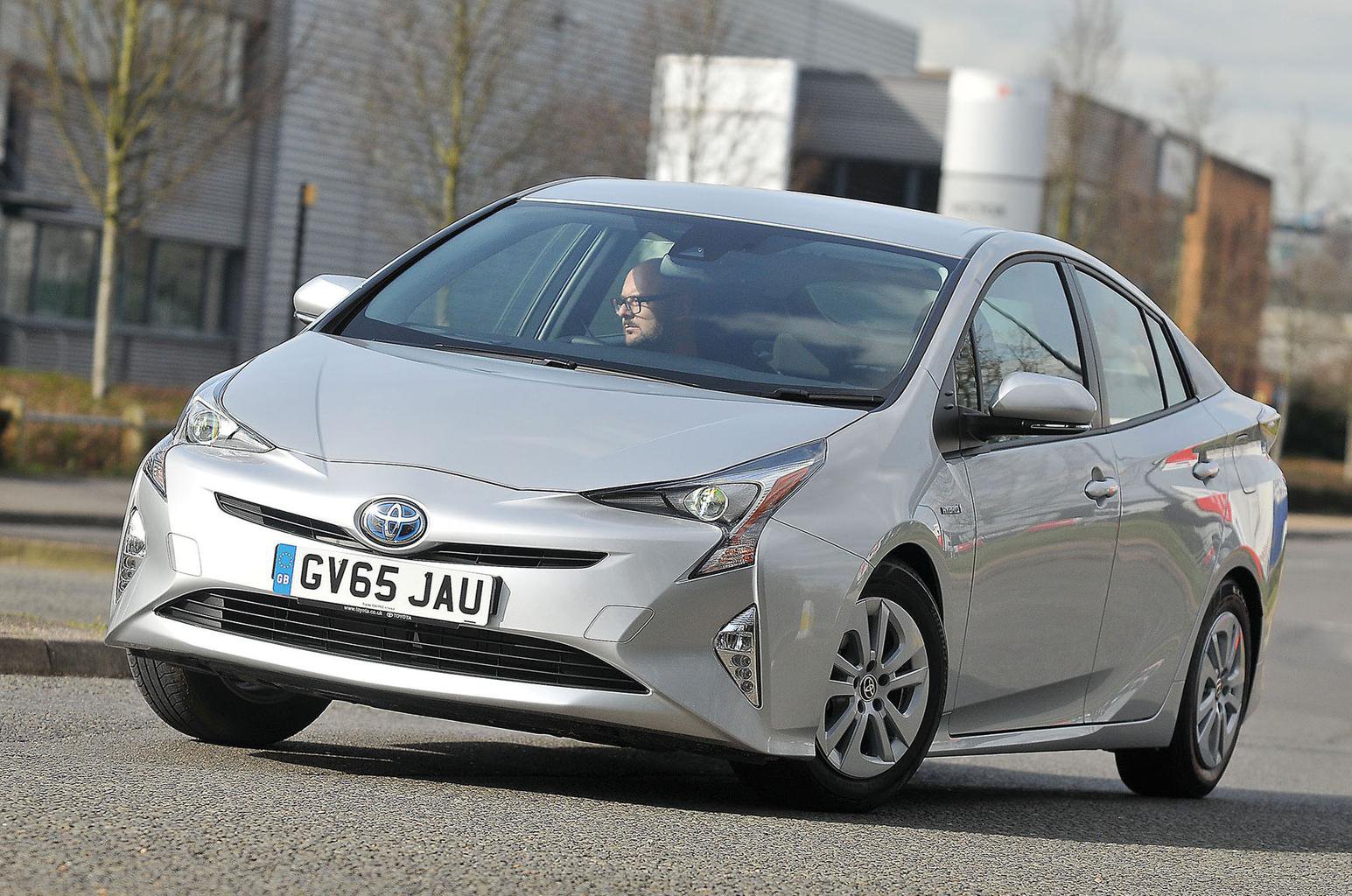 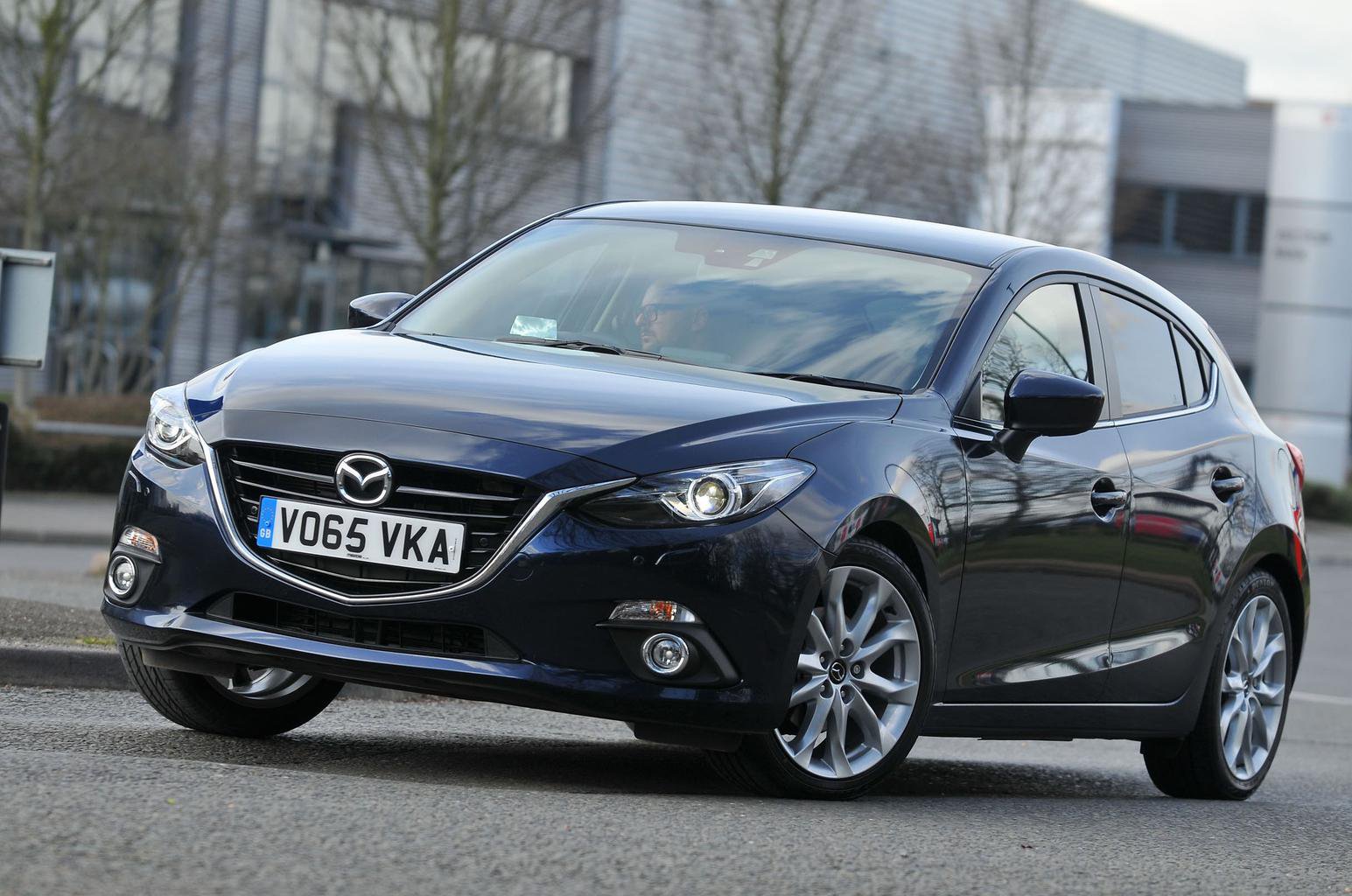 Verdict Struggles to compete in this company