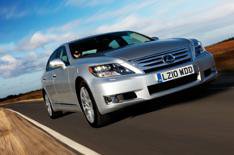 We havent uncovered a gunpowder plot, but our deal finders have revealed 100 new deals this week saving car buyers a total of 377,184.

Check out the latest offers in our New cars for sale section and, in the meantime, to paraphrase a popular poem doing the rounds at the moment...

Remember, remember car-buying in November
With bargains, discounts and deals
We see every reason
To haggle this season
And this top 10 is a steal...

3474 off a Ford Focus
With a new model coming early next year, now could be the time to haggle hard on a Ford Focus. Drivethedeal.com will sell you a 1.6 TDCi 109 DPF Style five door for 13,021 3474 less than list price.
Ford Focus deal

2548 off a Volvo C30
The Volvo C30 might well have a starring role in the Twilight movies, but you won't pay Hollywood prices at Drivethedeal.com for a 1.6 Drive SE Lux version. It will sell you one for 18,372.
Volvo C30 deal