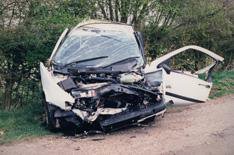 Accident death and injury rates for older drivers are too high and the Government needs to act now, according to the Institute of Advanced Motorists (IAM).

The IAM has called on the Government to help cut accident rates for older drivers, after a report from the Parliamentary Advisory Council for Transport Safety (Pacts) revealed that while overall car-occupant deaths and serious injuries fell by 54% between 2000 and 2010, the reduction for those aged 60-69 was 37% and just 33% for drivers over 80.

Figures also reveal that the number of over-70s who hold a licence has jumped from around 15% in 1975 to almost 60% in 2010. Pacts wants medical professionals to be more active in advising older drivers about physical and mental ability to drive.

Pacts executive director, Robert Gifford, said: Over the next decade, the balance of the population in this country will change. Older people need to be kept mobile and safe.

We need to move beyond seeing older people as a problem to viewing them as contributing to a mixed society.

The IAMs chief executive, Simon Best, said: We should make [older people] more aware of the risks they face, and offer them driving assessments to help them eliminate bad habits. Driving helps older people play a full and active part in society.