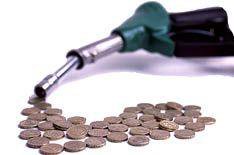 Average UK petrol prices have risen by 5.0p per litre between mid-May and mid-June, according to the AA.

The rise is the second-highest ever, and just two-thirds of a penny short of the record 5.6p per litre record set over the same period last year. The average cost of a litre of unleaded petrol currently is £103.2 pence per litre, or £4.69 per gallon.

The cost of diesel hasn't increased as sharply, with a rise of just 1.4p per litre over the same period. The average price of diesel is now 105.2p per litre.

AA president Edmund King said: 'To the average UK driver this is looking like another summer of petrol price madness.

'If we continue to see fuel prices at these levels the Chancellor should abandon all plans for the 2p tax increase in September as that would further dent economic recovery.'