More for you |
Coming soon: new cars worth waiting forWhat are our rights regarding Mini with blown engine? MG ZS EV long-term test reviewEvery 5-star car on What Car?How to spec a Peugeot 5008
Home
News
Peugeot, Citroen and Mitsubishi team up
news

Peugeot, Citroen and Mitsubishi team up 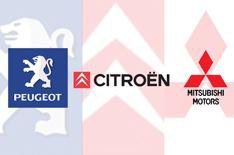 PSA Peugeot-Citroen and Mitsubishi have joined forces to investigate building an electric powertrain.

The three companies already work closely together, with the Citroen C-Crosser and Peugeot 4007 4x4s based on the Mitsubishi Outlander.

Mitsubishi has an electric city car close to production, called the MiEV. It is a modified i city car and is scheduled to go on sale in Japan in 2009.

Citroen and Peugeot, meanwhile, recently announced plans to develop electric-powered versions of their Berlingo and Partner vans for use by the French postal service.