The majority of upcoming Peugeot models will feature a new cabin and dashboard layout, which is loaded with technology... 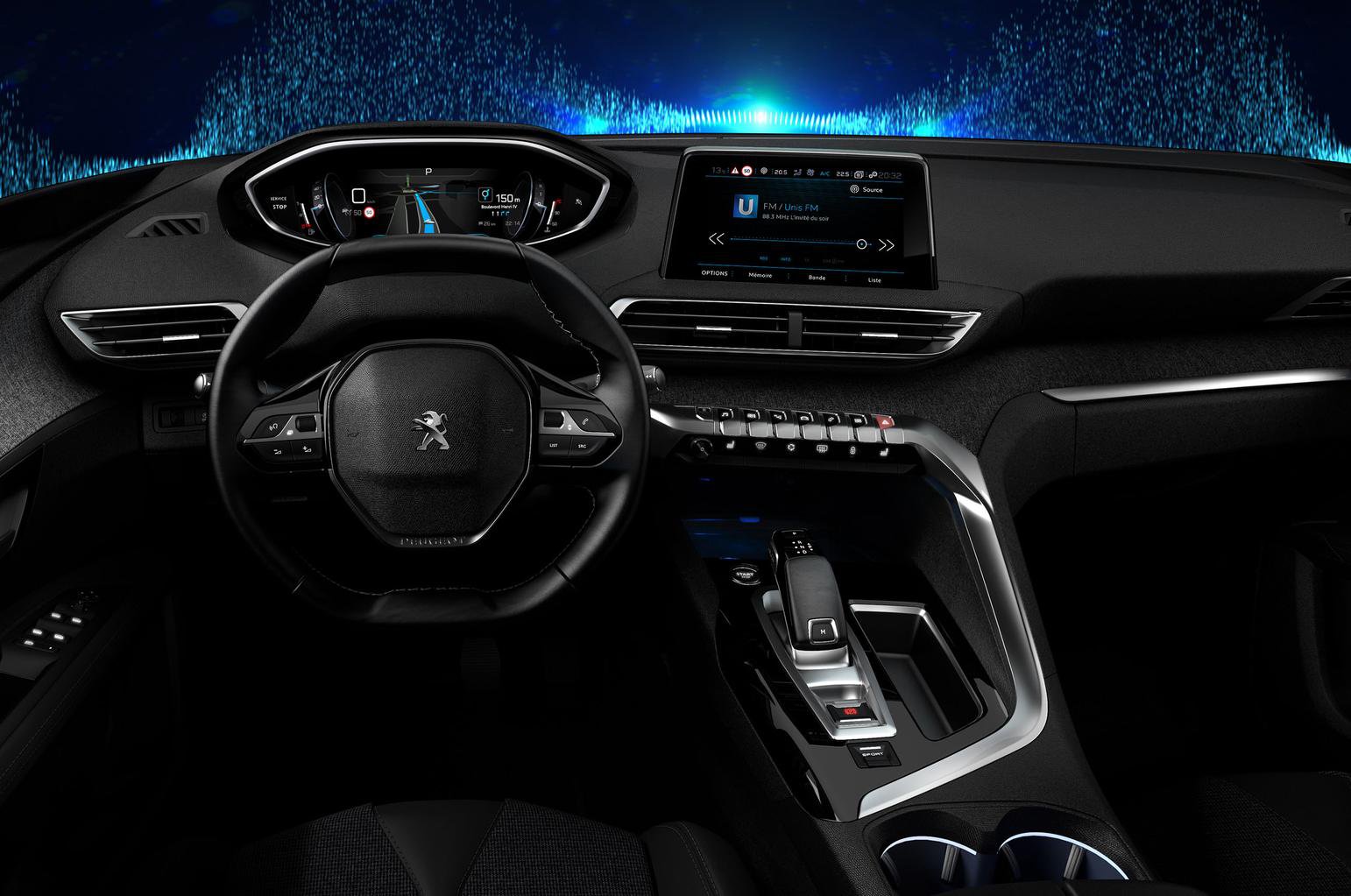 Peugeot has showcased how the interiors of its upcoming new models will look by revealing pictures of its next-generation cabins.

Peugeot's interior design philosophy, known as i-Cockpit, already exists on models inlcuding the 308 and 208 hatchbacks, but this new version will be applied to all upcoming models. In particular, this cabin will feature on the new Peugeot 3008 MPV, which is due to be revealed this summer. 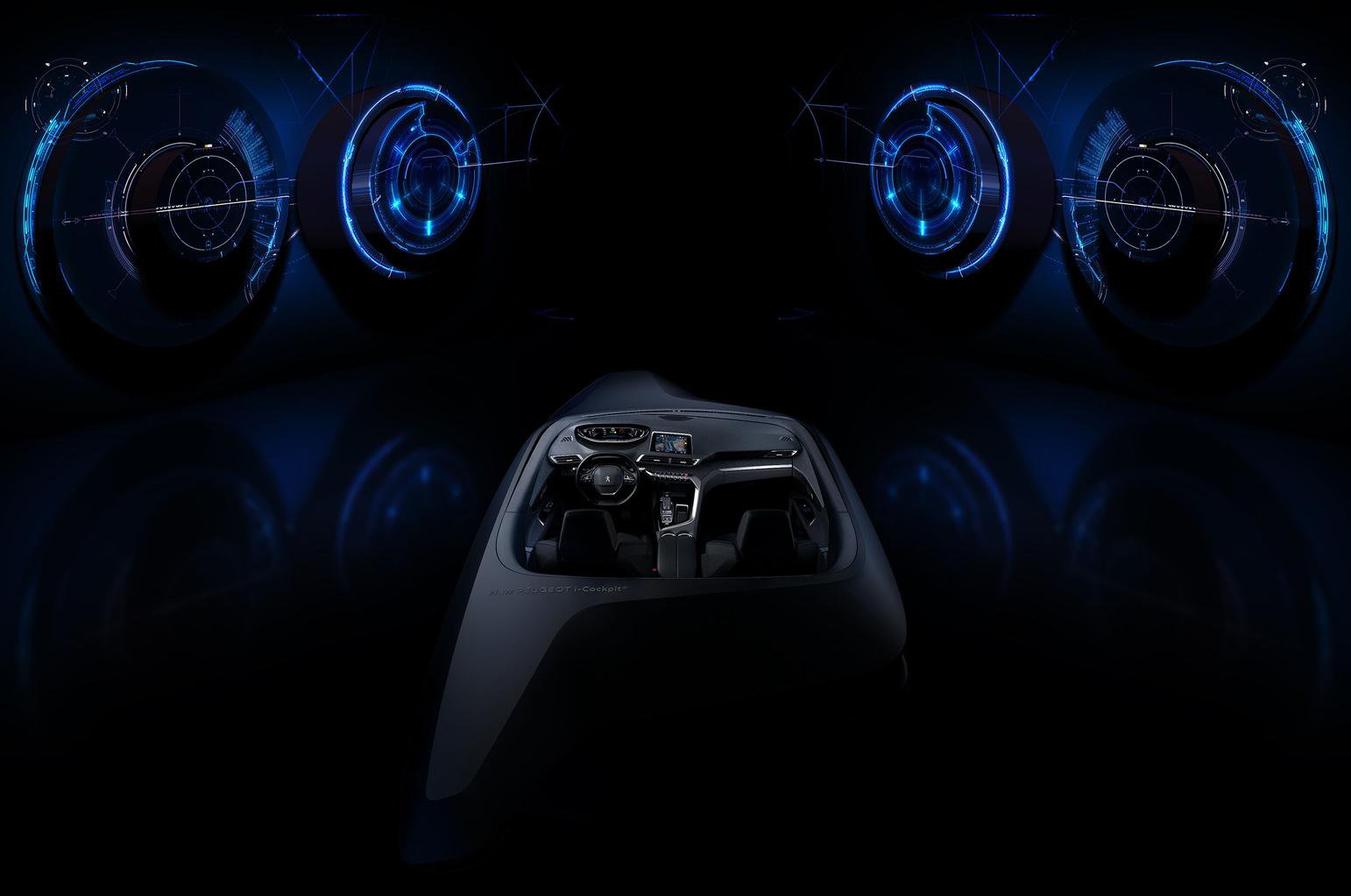 The new i-Cockpit layout features a 12.3in digital instrument cluster - similar in its function and layout to systems used on high-end Audi and Volkswagen models. It's joined by an 8.0in touchscreen infotainment system, and eight buttons for major vehicle functions.

The digital instrument cluster features unique graphics designed by Peugeot, and can be customised by drivers.

Smartphones can also be connected to the updated infotainment system thanks to Apple CarPlay, Android Auto and Mirrorlink functionality.

Like the majority of Peugeot's current i-Cockpit cars, the new version gets a small steeering wheel. Peugeot says it has added a noise amplifier to increase the sound of the engine in the cabin. 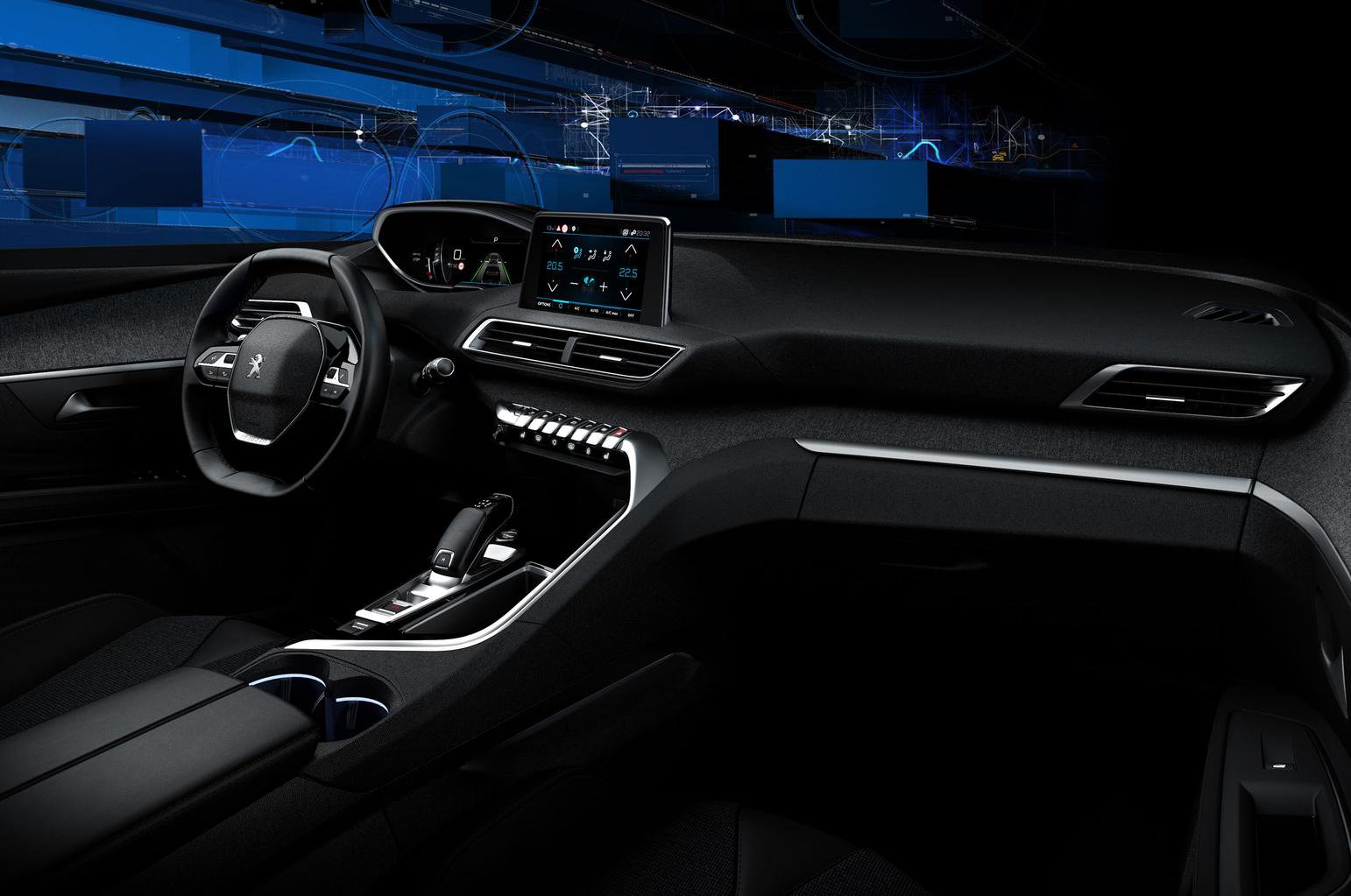 The French car maker says that its updated i-Cockpit will be available on all new Peugeot models apart from the 108 hatchback. It's likely to be standard fit on mid-specification models and above, and optional on entry-level cars.

Interestingly, the price of Peugeot's models featuring the i-Cockpit technology isn't expected to rise, as the firm says it has managed to incorporate these new features without incurring extra cost.