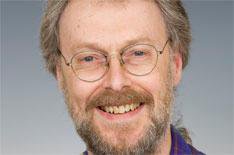 As well as plenty of new cars, were also going to have a general election next year, so we asked the Conservatives, Green Party, Labour and Liberal Democrats to give us their take on transport policy. Heres what they said