Our contenders are lofty next to regular saloons and hatchbacks, yet with their height-adjustable driver’s seats lowered, they also feel quite sporty. Both seats adjust electrically in eight directions, but if you want adjustable lumbar support, you’ll need to fork out for 14-way seats (£1044 on the Macan, £1137 on the Cayenne). 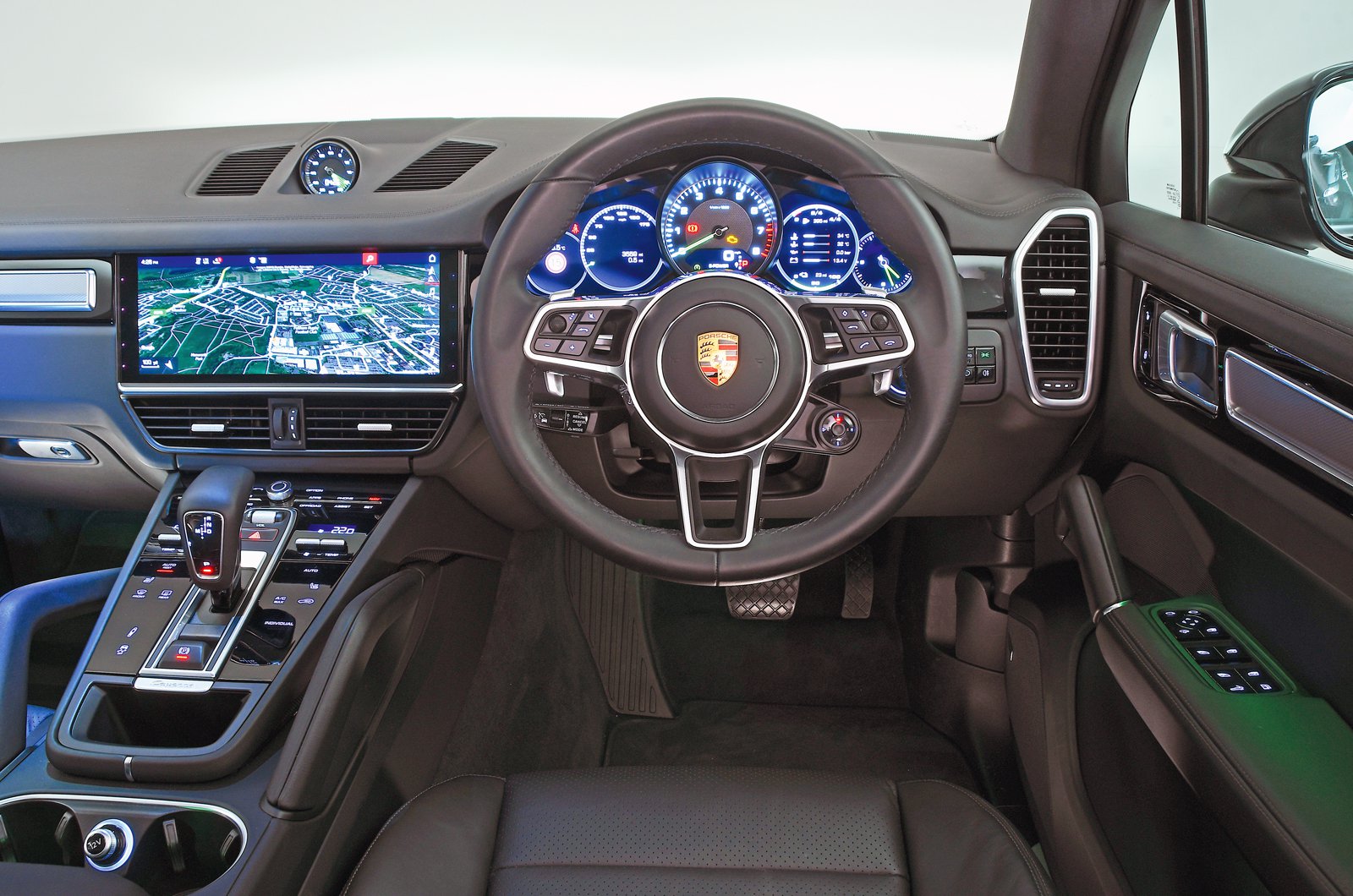 Both cars’ steering wheels offer plenty of manual adjustment for both height and reach. The Macan’s footwell is more cramped and its pedals are offset to the right, though.

The windscreen pillars aren’t too thick in either, so forward visibility is decent, but reversing isn’t quite such an easy task, because their chunky rear pillars get in the way. Both cars come with front and rear parking sensors, though, and you can add a rear-view camera for £884 on the Macan and £1002 on the Cayenne. 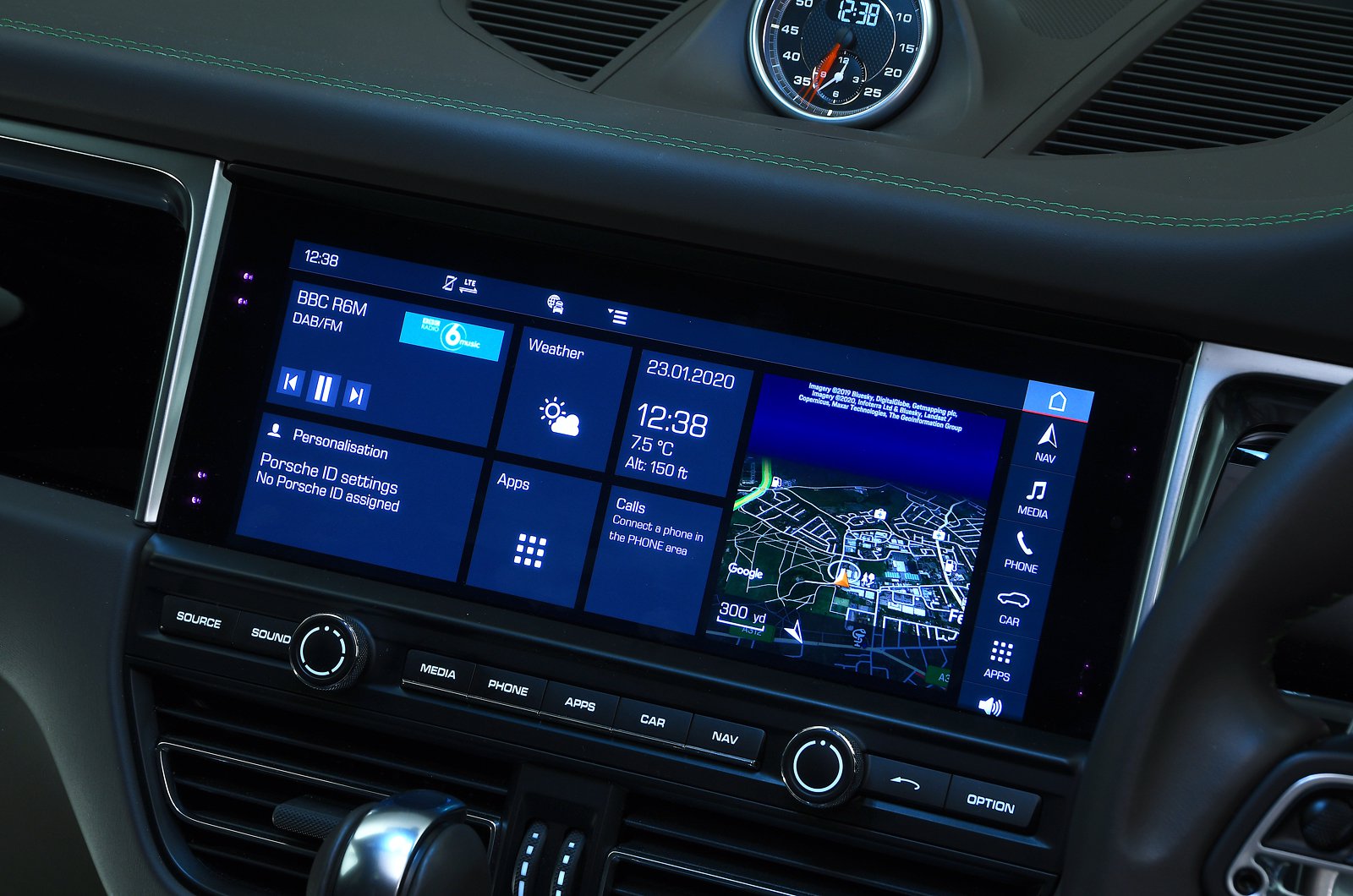 Although the Macan’s button-heavy centre console looks rather intimidating, after a while you learn how to operate everything by feel. We prefer it to the Cayenne’s touch-sensitive buttons, which force you to look away from the road in order to find them.

Our contenders’ infotainment systems are similar, except the Cayenne’s touchscreen is 12.0in to the Macan’s 10.9in. They feature super-sharp graphics and respond quickly to inputs, and while some of the icons are small, the menus are quite straightforward. 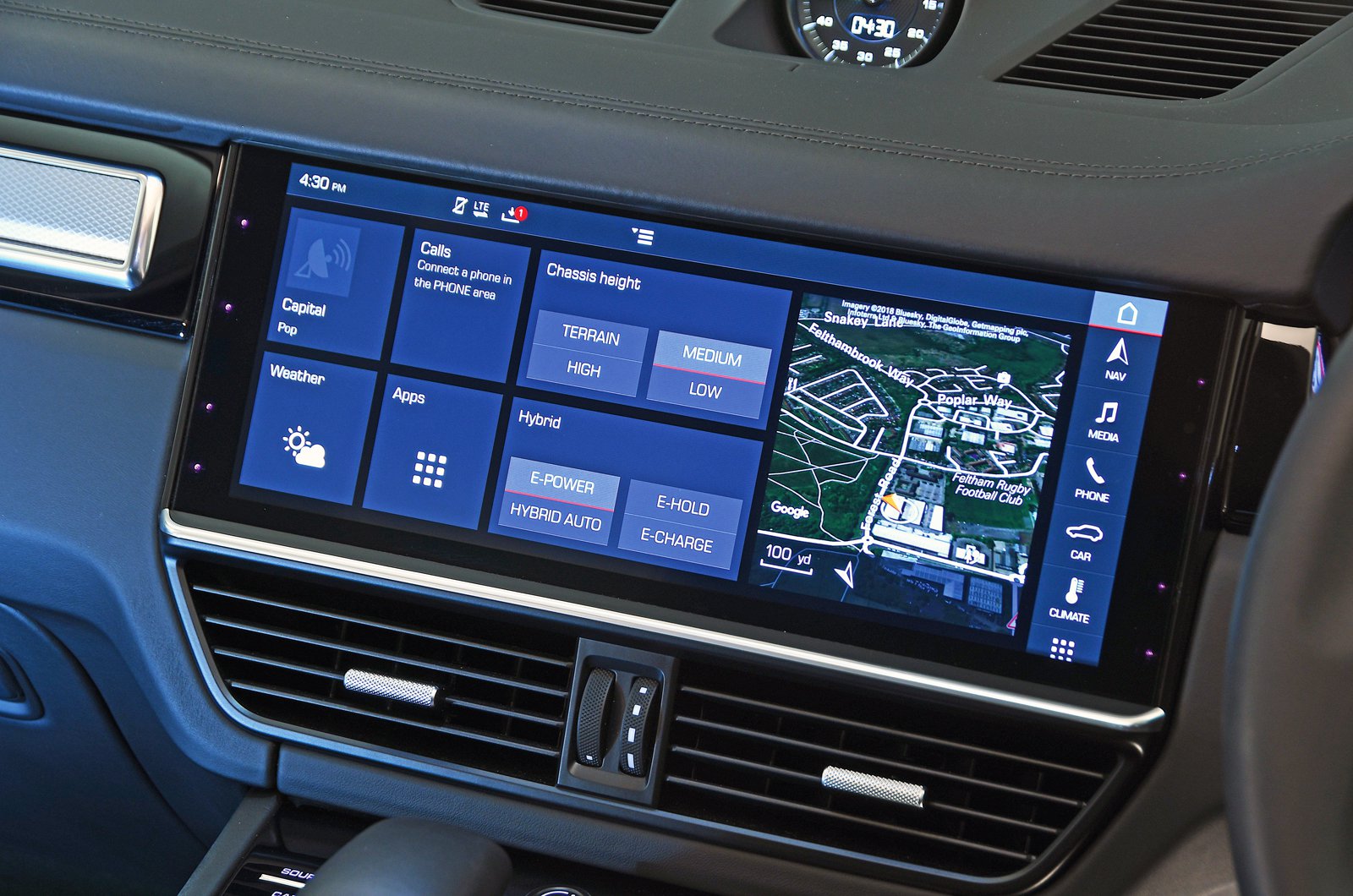 Despite the difference in price, there’s very little to split this pair when it comes to interior quality. Both feature plenty of dense, squidgy plastics and switches that operate with slick precision, along with supple leather upholstery in the Cayenne and part-Alcantara trim in the Macan.