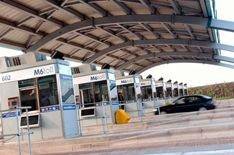 Road charging could replace road tax and fuel duty as the Government struggles to recoup revenues lost to the ever-increasing efficiency of modern vehicles, according to a report by the Institute for Fiscal Studies (IFS).

The report found that a 'radical overhaul' of road taxes is required if the Government is to avoid a huge funding deficit.

Revenues from fuel duty and Vehicle Excise Duty (VED) currently generate around 38 billion a year, but this is set to plunge as manufacturers build cars that are more efficient through lower emissions, better economy, and electricification.

The Office for Budget Responsibility believes that such efficiency gains will reduce revenues from fuel duty and road tax by 13 billion by 2029.

To fill this funding void would require an increase of 50% in fuel duty, according to the IFS report.

As a result, the report says that there is a 'compelling' case for a nationwide system of road charging. This would ensure that drivers pay for the amount they drive, with higher prices charged for those using roads during peak times, while drivers in rural areas would be likely to pay less.

The IFS said: 'Such a move would generate substantial economic efficiency gains from reduced congestion, cut the tax levied on the majority of miles driven, leave many (particularly rural) motorists better off, and provide a stable long-term footing for motoring taxes without necessarily raising net additional revenue from drivers.'

The Government is looking at private ownership and financing initiatives for roads. It is due to report its findings in the autumn. The Prime Minister has said he supports the use of private money to improve England's road network.