The Octavia has always been one of our favourite family cars, and this latest one promises to be more versatile than ever. Let's see how it fares in day-to-day use...

Needs to Be just as practical as its predecessors, comfortable in all situations, a relaxed motorway cruiser and relatively cheap to run

I got a chance to drive a Mazda CX-30 for the first time recently, and its interior in particular cast a fresh light on that of my Skoda Octavia. In terms of the layout and functionality of its controls, I found Mazda’s family SUV very difficult to fault, with proper physical knobs and switches in neat rows on its dashboard and steering wheel and a BMW-style dial between the front seats for its infotainment system. Operating them all was ridiculously easy and intuitive. It made me wonder afresh why Skoda (like many other brands, in fairness) is going in such a different, less welcome direction with its cars’ interior layouts. 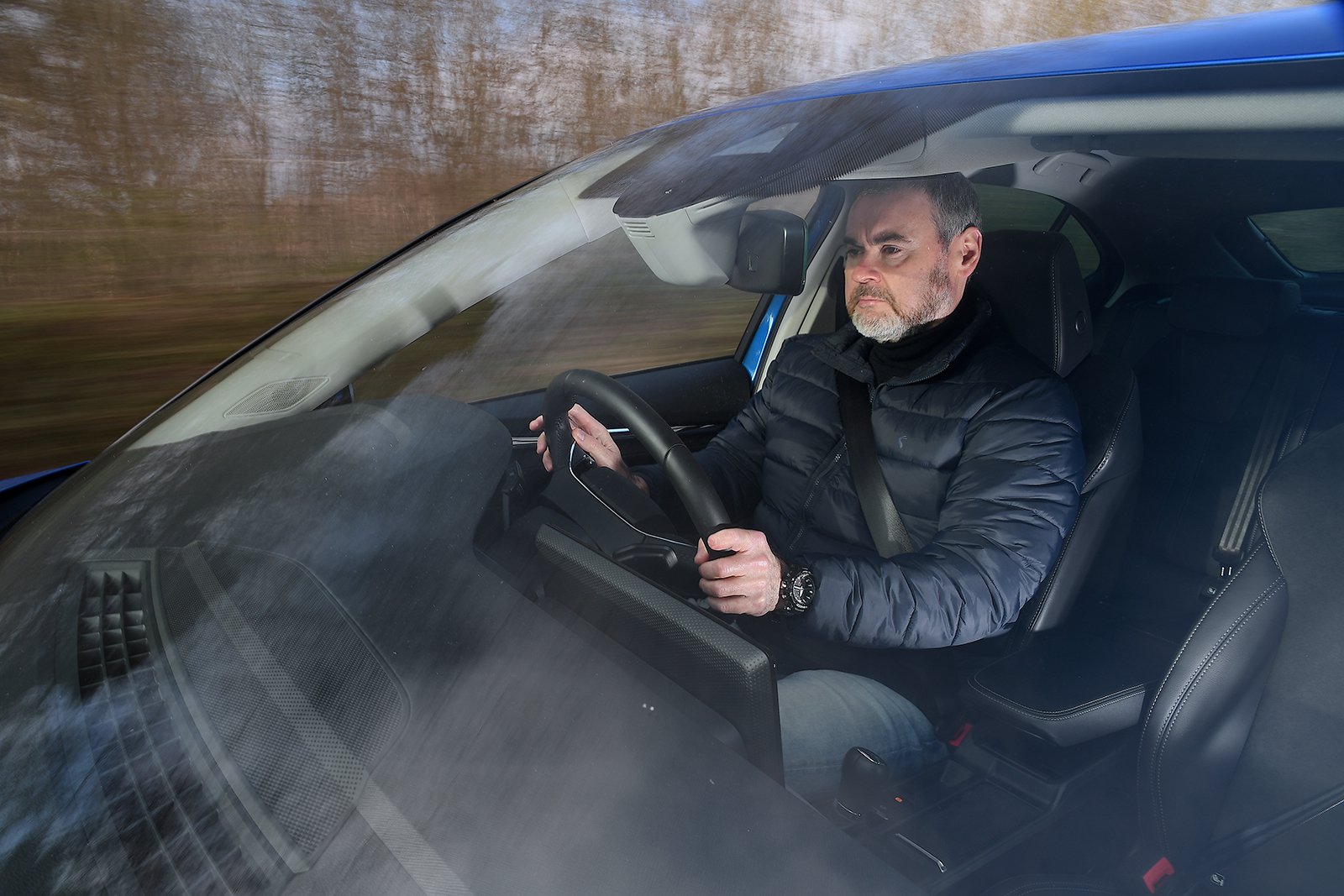 Although the Octavia’s infotainment touchscreen is crisp and a good size, my initial reservations about its usability are proving to be well founded. It isn’t just the fact that most of the controls are located on the touchscreen and therefore tricky and distracting to use while driving; the screen itself sits at an awkward angle and I often find myself hitting the wrong thing when I try to scroll through a menu. Reaching the ‘home’ and ‘menu’ icons, located on the far side of the screen from the driver, is also quite a stretch – and I’m not short, at 6ft 1in. At least the air temperature can be adjusted via the standard voice control, as an alternative to using the rather small on-screen icons.

There is a row of physical buttons beneath the screen – but they’re a mixed blessing. Some of them just take you to an on-screen menu for tasks such as changing the driving mode (which I rarely do), and there’s some unnecessary duplication going on; the full climate control screen, for example, can be accessed via either one of these buttons or an on-screen icon, neither of which is far apart. 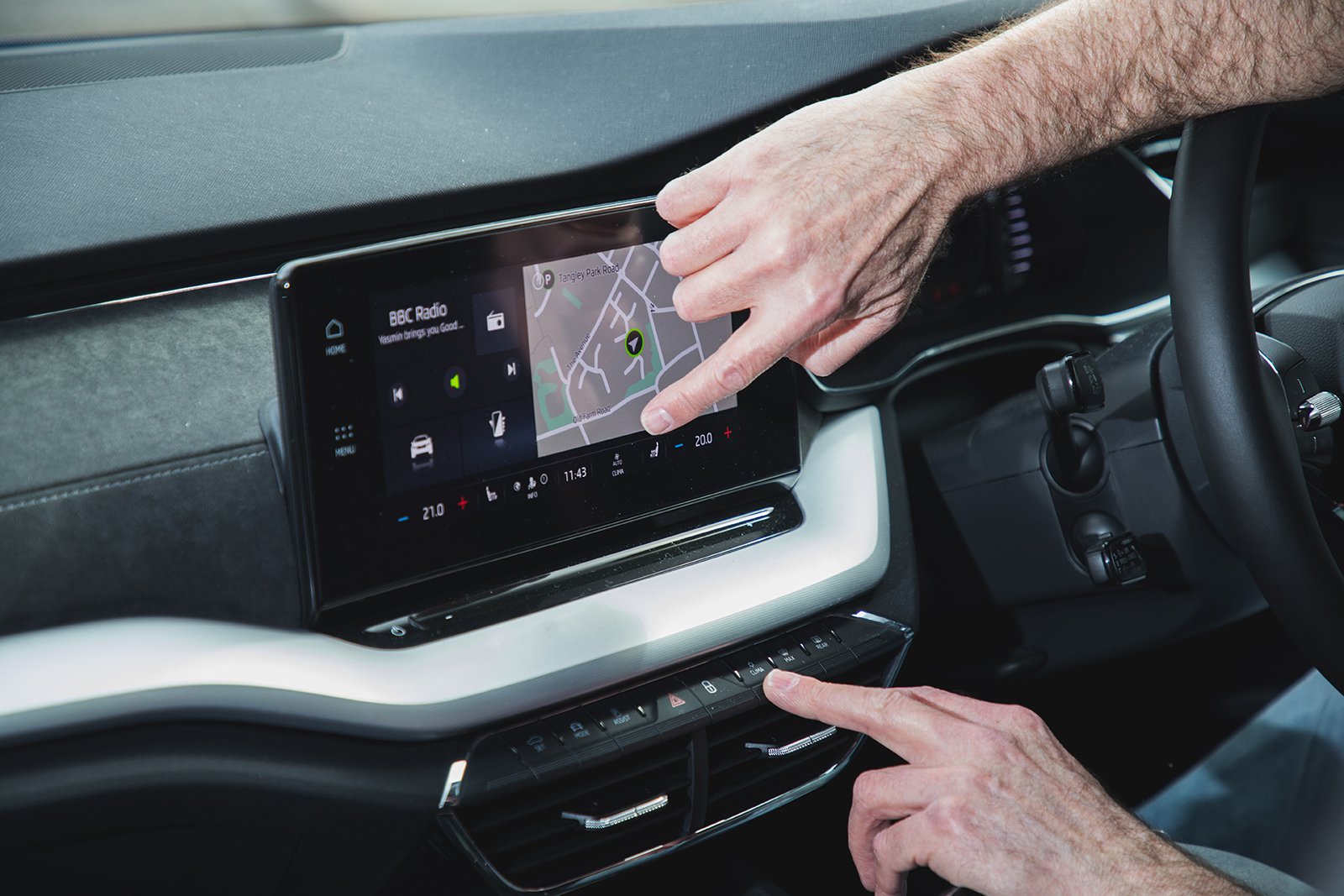 Of the dash controls, the two I like best are the buttons for demisting the front and rear screens. Push these and the demisters turn on or off directly. It’s a shame the rest can’t be that simple and easy to use.

The steering wheel controls aren’t much better than those on the dashboard – although at least they aren’t touch-sensitive like those found in some versions of the Volkswagen Golf.

For sifting through the menus on the digital instrument panel, there are two knurled scroll wheels that stick out at an angle, because they’re also designed to be pressed on one side to select things on screen. The problem here is that they’re surprisingly awkward to use; my thumbs tend to roll off them when I’m trying to press down. I also find it infuriating that I have to press a button and then scroll through a driver display menu if I want to deactivate the intrusive lane-keeping assistance. 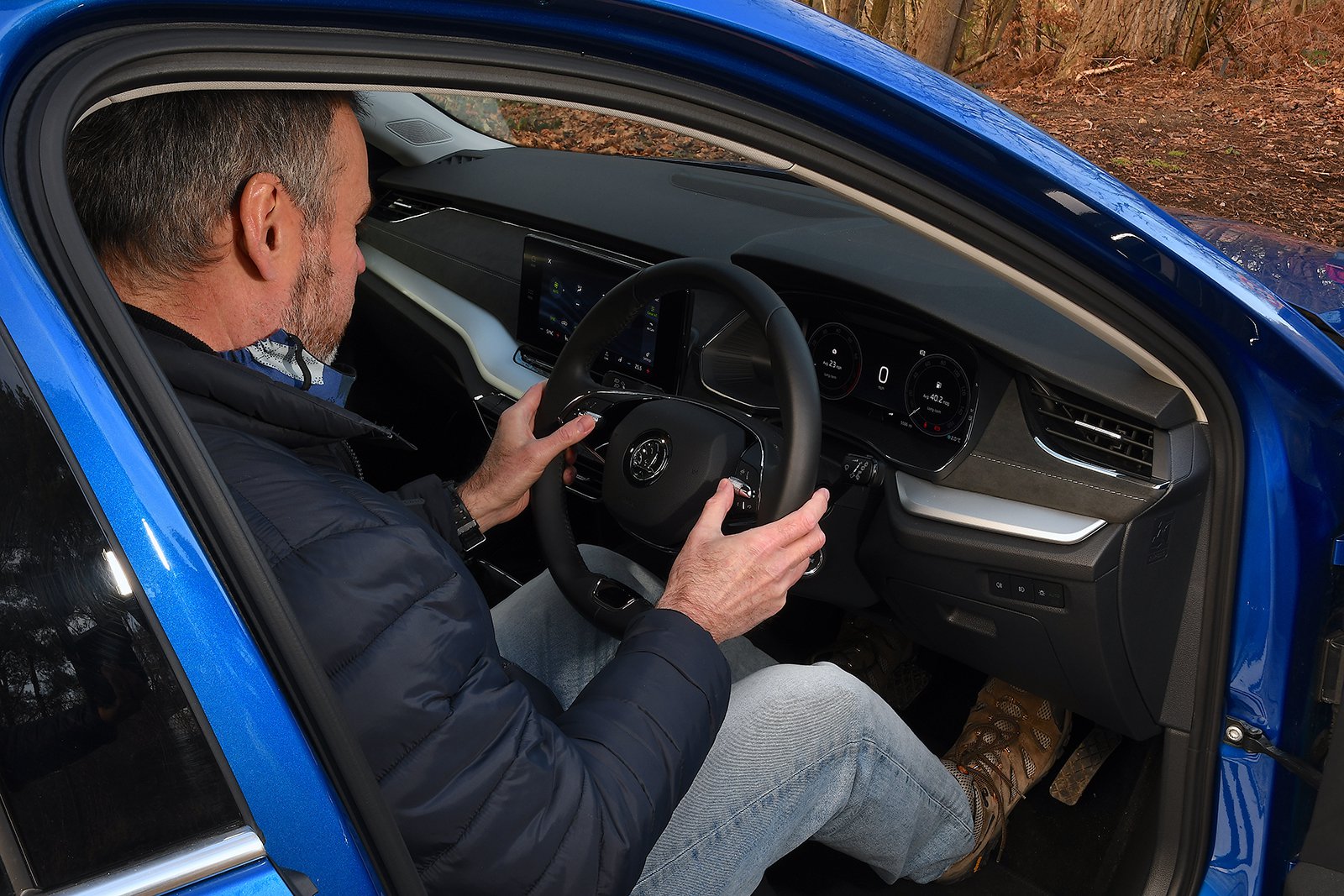 These grumbles aside, there’s plenty to like about the Octavia’s interior, beyond the star that is its cavernous boot. Space is plentiful front and rear, while the driver’s seat is broad, comfortable and highly adjustable (electrically) and the driving position is hard to fault. There’s plenty of useful storage space, and the use of some upmarket materials (such as microsuede on the seats and dashboard) adds a touch of class. The trouble is, I’m finding myself dwelling on the aforementioned ergonomic flaws at least as much as I’m enjoying the positive attributes.