More for you |
WATCH: 2020 Tesla Model S Performance – full in-depth reviewThe best new car leasing deals for less than £200 per monthDo I have to pay extra road tax on my new car? Why I bought a Renault Zoe: owner reviewBest used family SUVs for less than £15,000
Home
News
Superminis 1-8
news 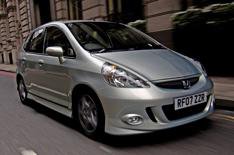 If you put reliability and a great dealership experience at the top of your wish list when buying a supermini, you need look no further than the Honda Jazz.

Vehicle owner satisfaction score: 83.5%
Overall ranking: 3rd
Owners struggled to find anything bad to say about their cars. The appeal of the car's performance and exterior were the only areas in which the Jazz failed to pick up an excellent rating. Even then, it still scored above average.

Reliability issues were almost unheard of. It's not just the mechanical parts that proved robust; very few Jazz drivers had any complaints about the bodywork or interior.

In the unlikely event of an unscheduled trip to the dealer, owners reported staff to be courteous and efficient, and praised the quality of the work done.

This is such a strong all-round showing that there's clear water between the Jazz and Toyota Yaris.

Vehicle owner satisfaction score: 81.2%
Overall ranking: 12th
Finishing second to the Jazz is no disgrace for the Toyota Yaris. Its overall score of 81.2% is better than that of any city car, small family car or MPV.

Yaris drivers told JD Power there were two outstanding things about their cars: the dealers and the low running costs. Toyota dealers proved to be efficient and helpful, while fuel costs and insurance premiums were very low, even by the standards of other superminis.

These excellent scores were backed up by above-average ratings in every other area. Mechanical parts were robust and there were few niggles inside the cabin. Above-average scores for vehicle appeal completed a happy picture.

Vehicle owner satisfaction score: 80.4%
Overall ranking: 24th
Owners told JD Power they loved the way the Mini drove and looked. That's just as well, because there were some problems to be forgiven. Although mechanical reliability was average, there were too many problems with the Mini's exterior.

Whenever the car needed some TLC, dealers impressed, however, with strong scores for the quality of service and for having the car ready for collection on time. The low cost of servicing and repair work also made owners smile. In fact, the Mini scored better in this respect than the Honda Jazz or Toyota Yaris.

Vehicle owner satisfaction score: 80.1%
Overall ranking: 29th=
You might not see many Fusions on the road, but on this showing, Ford deserves to have sold rather more. Last year the Fusion was seventh in the supermini class, but this year it's up to fourth place.

It's a solid performer with no major weaknesses. Owners gave the car's dumpy looks the thumbs down, but otherwise found plenty to praise. The cabin in particular won fans, both for its appeal and the low number of faults. The Fusion's mechanical parts also proved largely trouble-free.

Vehicle owner satisfaction score: 80.1%
Overall ranking: 29th=
The Nissan Note repeats its fourth place in class this year, although the overall score has dropped compared with 2008's. So-so marks for its looks hold it back, but otherwise this was a solid performance.

Owners were very impressed with the practical interior in particular. In 2008, some annoying reliability issues in the cabin took the shine off, but there's less sign of that this year. Mechanical parts also proved robust and few owners had problems with the car's bodywork or other exterior parts. Dealers did their job well and running costs were low.

Vehicle owner satisfaction score: 80.0%
Overall ranking: 31st
The Mazda 2 may finish even higher in the table when the new model makes its full JD Power debut next year.

The main issue that dragged it down this time was the dealers they need to pull their socks up. They did enough to earn average scores for efficiency and service, but those for other brands worked harder to keep customers satisfied. Lower servicing bills would also help, while owners told JD Power the fuel consumption and insurance costs could be better, too.

On the other hand, very little went wrong with the Mazda, inside or outside of the car. Drivers were pleased with the way the car drives, and found the cabin very practical.

Vehicle owner satisfaction score: 79.6%
Overall ranking: 35th=
The Fabia's crown has slipped a bit this year. Last year it was in the overall top 10, now it's 35th.

Reliability isn't as strong as it was. Mechanical parts picked up only an average rating in this year's survey, as did the car's exterior. However, owners told JD Power that niggling issues inside the cabin are rare.

Fabia drivers liked the way the car performs, although they gave lukewarm scores for the styling and the cabin. Fuel bills and servicing costs were modest, though, and dealers also did their bit with good service.

Vehicle owner satisfaction score: 79.1%
Overall ranking: 47th=
A solid but unremarkable set of scores for the Volkswagen Polo this year. Owners were pleased with the car's low running costs, especially the insurance premiums and the modest cost of servicing and repair work. There were few problems inside the cabin or with the bodywork and other exterior parts.

The mechanical components earned an average rating for reliability. Polo drivers proved reasonably happy with the way the car drives, the practicality of the cabin and the car's looks. However, there's no particular aspect of the car that got them excited, hence the mid-table finish.