Tesla takes over the world 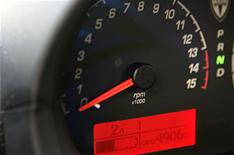 Tesla is also in negotiations to provide other car manufacturers with its electric drivetrains, although it wont reveal exactly which ones at the moment. An announcement is due within a few months, however, so watch this space.

After that Tesla and electric cars will take over the world! Perhaps, perhaps not. Battery technology is improving, but recycling is an issue. Greater volumes should bring costs down, but its still going to be a while before average buyers can afford one.

Recharging and battery replacement infrastructure for a longer range will also need development, but Project Better Place shows how this could happen. It aims to have this kind of infrastructure available in Israel and Denmark from 2010.

Driving the Tesla is fascinating - its so cutting-edge that it feels like youre part of the development process.

In the end its difficult to resist the urge to think of it, and other electric cars, as the answer the automotive industry has been looking for.