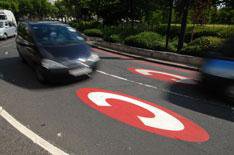 Almost 20,000 drivers of low-CO2 cars could lose their exemption to the London Congestion Charge, after Transport for London (TfL) revealed plans to slash the qualifying rate.

Currently, cars emitting 100g/km or less are exempt from the 10-a-day charge, but TfL is planning to cut the qualifying rate to just 75g/km.

The new Ultra Low Emission Discount would start in July, and replace the existing Greener and Electric Vehicle Discounts that came into force in January 2011.

An annual fee of 10 would also apply for drivers registering for the new scheme.

The review stems from TfL concerns that many more cars now qualify for the current scheme, causing increased congestion in central London.

Cutting the limit would mean fewer cars receive the exemption, which TfL says would help to reduce congestion and cut emissions.

TfL is holding a public consultation on its plans to revise the discount. The consultation will run from November 19 to February 8. You can voice your views on the subject at consultations.tfl.gov.uk.