New drivers need cars that are easy to drive, perform well in crash tests and have low insurance group ratings. There are five new cars for less than £10k... 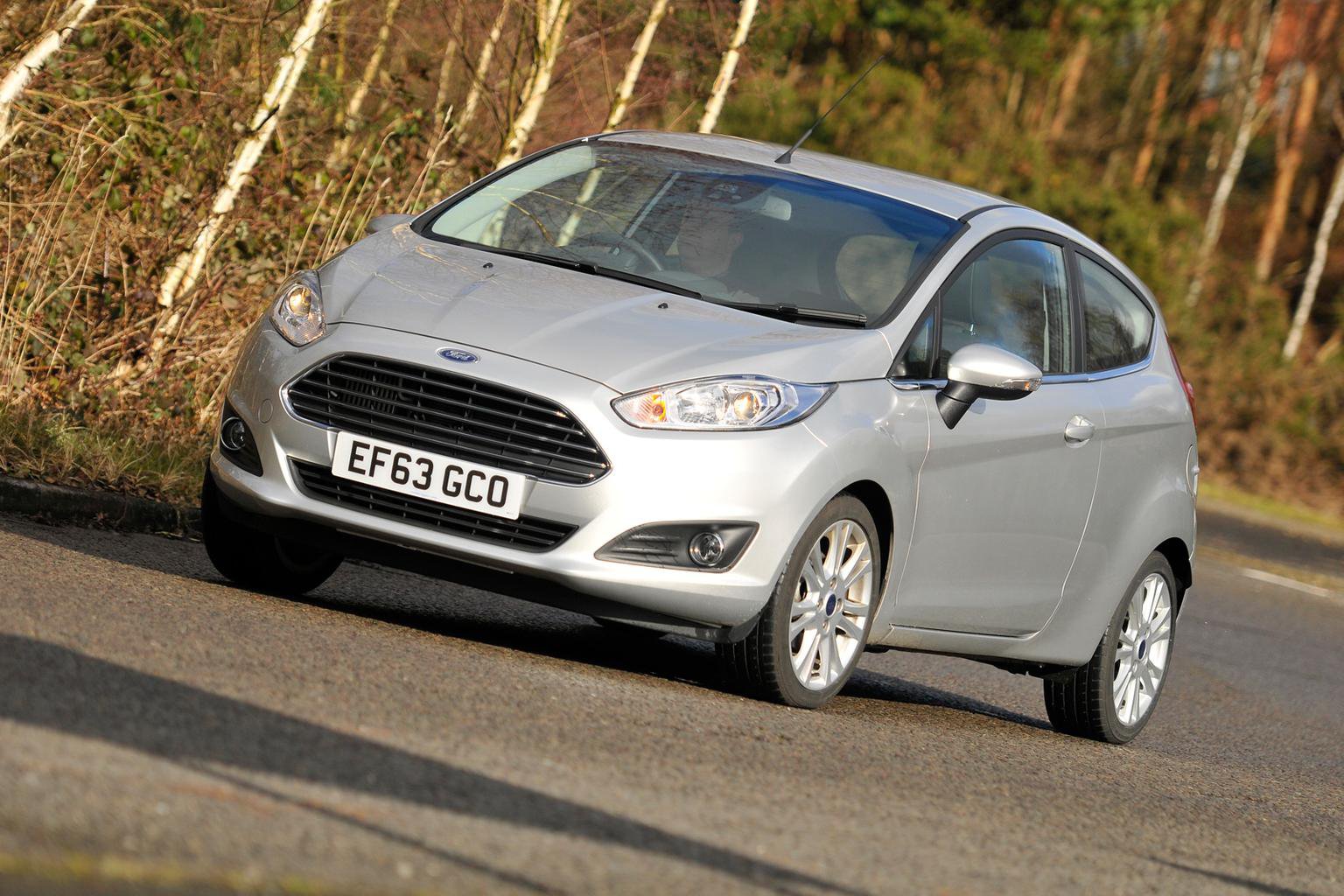 If you’re the parent of a son or daughter who’s about to learn to drive, chances are you have one question on your mind: 'what's the best car for a new driver?'

Your offspring will be focusing on looks, performance or the quality of the stereo. Parents, on the other hand, will probably value more practical considerations, such as how safe it is and how much it will cost buy, run and insure. Cue hours of family squabbles.

To help you out, we've produced a list of the five best new cars and five of the best used cars for a young driver. We have prioritised the more practical purchase considerations, although there’s still a healthy crop of stylish metal on the list.

For the new cars, we’ve opted for a maximum budget of £10,000. All the cars achieve a minimum of four stars in the Euro NCAP crash tests, and are no higher than insurance group three (out of 50).

The entry-level Fiesta 1.25 60 Studio just sneaks within our £10k budget, at a cost of £9995. It scores a maximum of five stars for the Euro NCAP crash test and is in group three for insurance. It’s also one of our favorite small cars to drive, it’s cheap to run, and it looks stylish so it should appeal to style conscious tastes.

Ford often has a range of finance packages and special editions that could potentially boost the value aspect even further. Certain Fiesta models are also available with the MyKey system, which enables parents to limit certain functions for added safety (see below).

You can get the 1.0 60 Move Up and opt for VW’s portable sat-nav for under £10k. It’s in insurance group one and will average over 60mpg. This surprisingly roomy city car achieves the full five stars from Euro NCAP. We love its solid build, funky looks and excellent dynamics, although the 59bhp engine struggles on the motorway. VW doesn't offer big discounts, but the Up makes up for this with impressive resale values.

The i10 might not be as stylish as the Up or Fiesta, but its roomy interior, comfortable ride and high equipment levels helped it pick up our 2014 Best City Car award. Average economy of 60mpg plus a group one insurance rating make it cheap to run, and it achieved four stars from Euro NCAP. Neither the driving experience nor the quality of its interior match the Up's, and the 1.0-litre engine struggles at higher speeds, but otherwise it’s a great little car.

The new Corsa offers plenty of space and is comfortable and well finished inside. It’s not as good to drive as the Fiesta, but you can have it with the 1.4-litre engine for less than £10k, and it's a decent thing for motorway use. As well as having low running costs, Vauxhall dealers often run promotions that cater for younger drivers, such as free insurance and tend to offer healthy discounts off the list price. The Corsa was awarded a full five stars in the Euro NCAP crash tests.

The Mii is cheaper than the virtually identical VW Up, with the S version starting at just over £8000. Upping the budget to £9995 will get you the i-Tech model, which comes with alloy wheels, sat-nav, plus Bluetooth as standard. It's also safe, having achieved five stars in the Euro NCAP crash tests, and it’s in the lowest group one insurance category. This, combined with excellent fuel economy, means it won’t cost the earth to run.

Other factors to consider

Ford has launched a feature called MyKey on Fiesta models. The system provides a master key, which parents can use to restrict settings. These include the vehicle’s maximum speed, the stereo’s volume or its ability to be turned on at all if seatbelts aren’t worn, and removing the ability to disengage safety features such as traction control. Once the system is set, a ‘slave’ key will ensure the limits are adhered to and cannot be overridden.

The system isn’t an option on the Studio model listed above. However, we found a deal at Orangewheels.co.uk for a Fiesta Style, which has MyKey as standard, for less than our £10,000 budget.

Telematics is another system worth considering, especially if you are struggling with exorbitant insurance quotes. This option offers reduced insurance premiums if you have a ‘black box’ fitted to the car, that monitors how the car is being driven. The system then grades the quality of your driving on a scale of one to five, which insurance companies can use to set your premium.