Find out why Euro NCAP crash tests were needed and how they started...

The British and Swedish governments decided to work together on crash testing to drive safety forward by setting up the first car crash tests aimed at informing consumers.

Seven small, popular hatchbacks were chosen for the first test and, rather than replicating the standard crash test, they decided to do the most fatal type of head-on crash of that time in which 75% of people would be killed: one where two cars hit 40% of each other head on at 40mph.

None of the cars did well in the tests. In fact, none scored more than three out of the possible five stars, and the Rover 100 scored just one star. The front of the British hatchback’s interior caved in and, first the steering column cover and then the ignition switch smashed into the driver’s leg. Even though the car had a driver’s airbag, the crash test dummy’s head missed it and hit the car’s front pillar, causing even worse injuries.

The results were published on 4 February 1997, and soon afterwards the Rover 100 was withdrawn from sale because so many people were put off by the test results.

Many 1990s cars had shortcomings in two key areas: they weren’t structurally strong enough, so the occupants would be crushed by collapsing sharp metal, and they didn’t absorb enough of the g-forces created during an impact so the load on people’s bodies would be more than they could withstand.

“However, there was a huge amount of pushback from the car makers about the tests. They said the testing was unfair and that it would be impossible for any car to get four stars, let alone five,” recalls Matthew Avery, who has been involved with Euro NCAP since its inception. 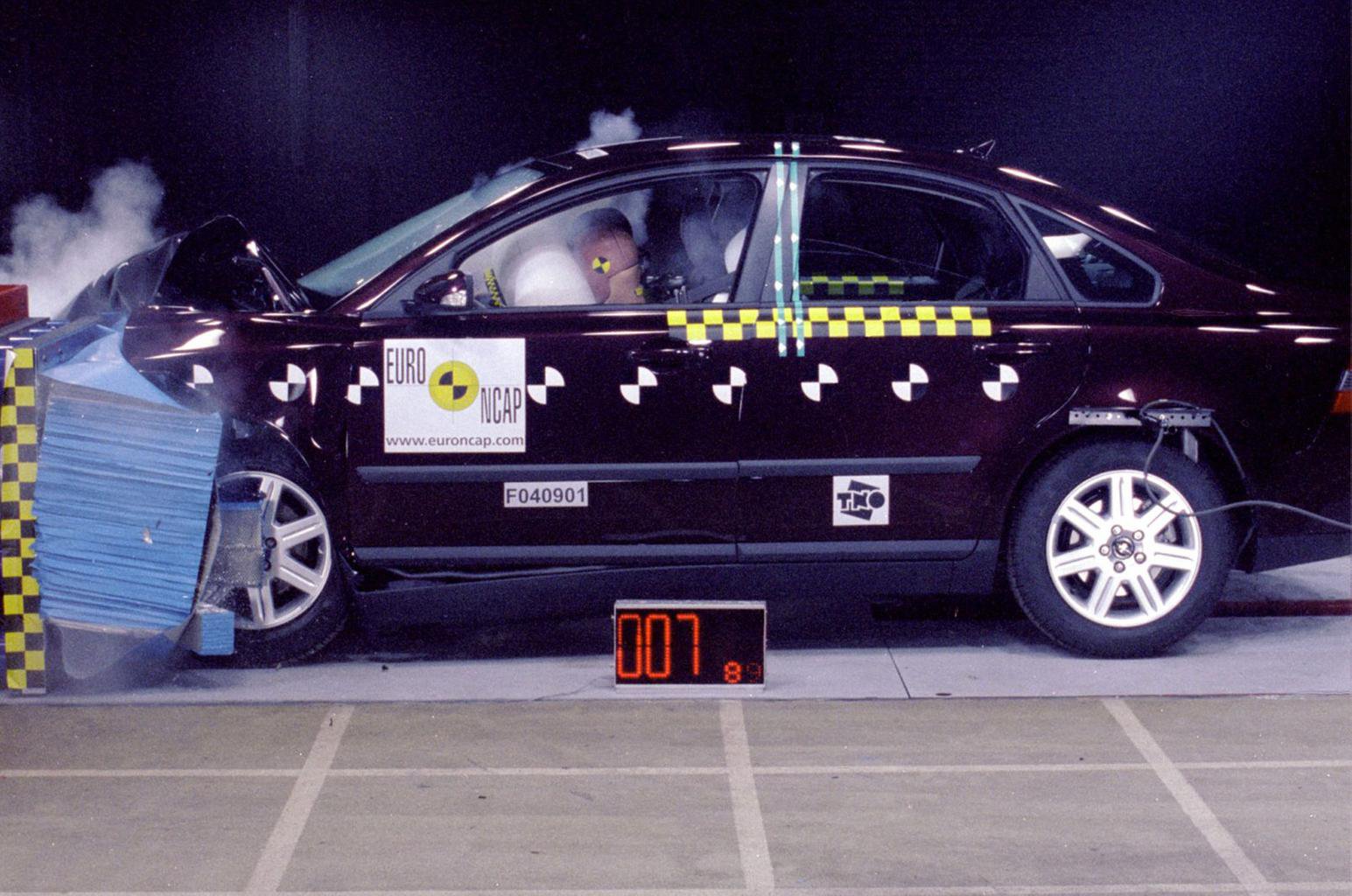 “They were proved wrong later that year when the Volvo V40 (pictured gained four stars, and the real breakthrough came in 2001 when the Renault Laguna (Mk 2) scored a five-star rating. Then the competition among manufacturers got going on improving safety, and they started to compete over whose cars would gain five-star ratings.”

So what made the Laguna so much safer than other cars? “Renault was the first car maker to understand the need for better head protection in the side impact test and for better seatbelts to reduce chest injuries,” explains Miller. The safety kit that clinched the top score were side curtain airbags and load limiters on the seatbelts.

Read more – What are the safest cars on sale today?