The new Jaguar XE - the rivals it must beat

The new Jaguar XE has to see off the likes of the Audi A3 Saloon and A4, the BMW 3 Series and 5 Series and the new Mercedes C-Class... 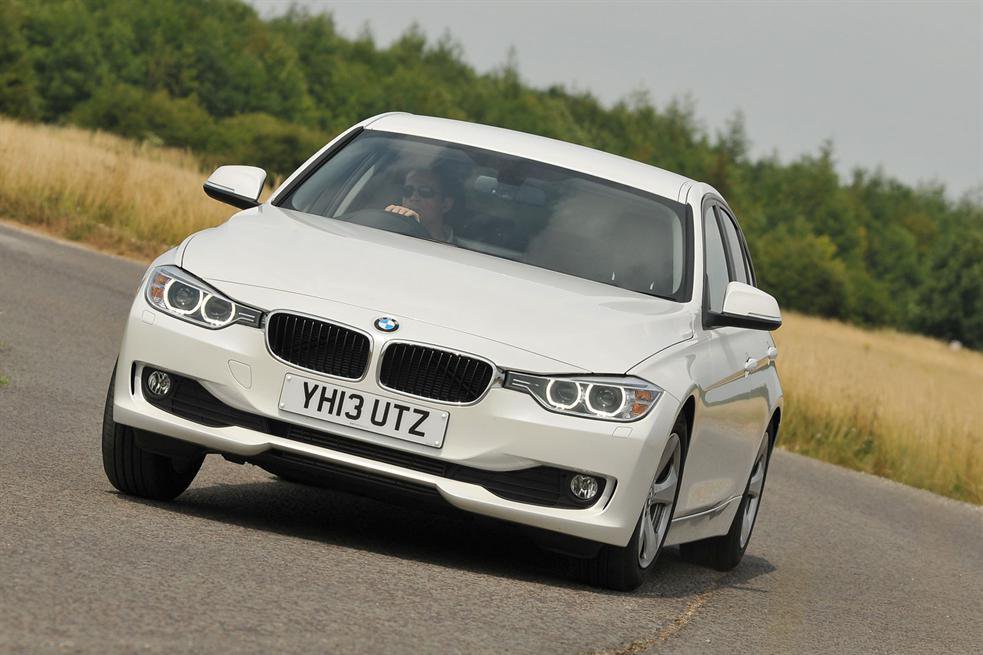 Jaguar has not just launched a new car, but a range of new, lightweight, fuel efficient engines, that will feature in a host of future Jaguar and Land Rover products. These new Ingenium engines, in combination with the XE’s lightweight, part-aluminium body, produce emissions of just 99g/km of CO2, and achieve average fuel economy of up to 75mpg.

Such headline-grabbing figures, along with a host of new, cutting edge technologies, are set to make this new Jaguar a real contender in the executive class, so we thought we would take a look at some of its future rivals.

It's no longer the most refined executive saloon out there today, but the ultra-efficient BMW still delivers strong performance, excellent fuel economy and fine handling. Its cabin is nicely finished and well built, too, and there's enough space in the rear for a couple of six-footers.

The 3 Series was our 2013 Executive Car of the Year, but that doesn't mean that it's without flaws. It's particularly annoying, for example, that you have to choose the expensive adjustable suspension to make it ride and handle sweetly.

The new Mercedes C-Class range is currently available with a range of 1.6- and 2.0-litre petrol and diesel engines, offering emissions and fuel economy as little as 102g/km and up to 72.4mpg, which is not far from what Jaguar claim for the XE. These engines will be joined by a petrol-hybrid and an AMG performance V8 at some point next year.

Dynamically the new C-Class fails to win top honours. There is too much wind noise on the motorway and those diesel engines, whilst frugal, are pretty gruff sounding. You’ll need to spend a further £895 for the air-suspension to bring the ride and handling up to acceptable levels, but even then it won’t feel as exciting to drive as the 3 Series.

Where the C-Class really excels is in the finely executed interior, which currently sets the standards in this class and it’s an area the XE will do well to match, let alone beat.

Audi will be launching an all-new A4 hot on the heels of the XE later this year. The current A4 is showing its age, but is keenly priced and it continues to hold its value well, so ownership costs are pretty decent. Its 2.0-litre turbodiesel engines are strong (the 134bhp 2.0 TDIe is our pick) and on the whole, the cabin stays quiet when you're cruising along.

However, the A4 is nowhere near as involving to drive as the 3 Series, the ride is brittle over Britain's pock-marked roads and the dashboard is looking cluttered these days, especially when compared with the smaller A3.

Diesels dominate the executive saloon market, but the Lexus IS takes a different approach: it's only available with a petrol engine or as a petrol-electric hybrid. Either way, you'll be buying a car that's a long way from being the best in the market to drive, but the IS scores in other areas.

In particular, the hybrid manages some pretty low CO2 emissions figures that make it a cheaper company car option than its diesel rivals; it sits several bands below even the frugal BMW 320d ED, for example. Lexus also has a strong reputation for reliability and dealer service, too.

It's not the enthusiast's choice, then, but the IS300h is a strong owner proposition.

One of the new crop of smaller executive models, the A3 saloon took the award for our 2014 Executive Car of the Year. There's nothing radical about it – and it transmits its power through the front wheels, a definite restriction in a class dominated by rear-drive machinery – but the end result is still a car that manages to embarrass much of the established order.

The cabin is as beautifully built, the engines are smooth and refined, and if you go for the 2.0-litre diesel model, fuel efficiency, CO2 emissions and the tax bill all look appealing compared with, say, a BMW 3 Series'.

True, there's not quite as much space in the back of this car as you'll find in conventional-sized execs but with so many buyers spending the vast majority of their time in the car on their own, you can see the A3 Saloon's appeal.

Read our full story on the new Jaguar XE

We take a look around the Jaguar XE's interior