Bought at this age, the VW Arteon will cost a fraction more to buy, at around £21,000 to the Jaguar XE price of £20,000, which is more or less in line with the £2000-odd difference in pricing when they were both new. Used prices are fluctuating wildly at the moment, so it's always worth using one of the tools on our free car valuation page to make sure you're not paying over the odds.

Offsetting this small extra cost is the fact that the Arteon is better equipped, with additions over the XE including a heated steering wheel, digital instrument dials, power-folding door mirrors, privacy glass, adaptive LED headlights and 19in alloy wheels. 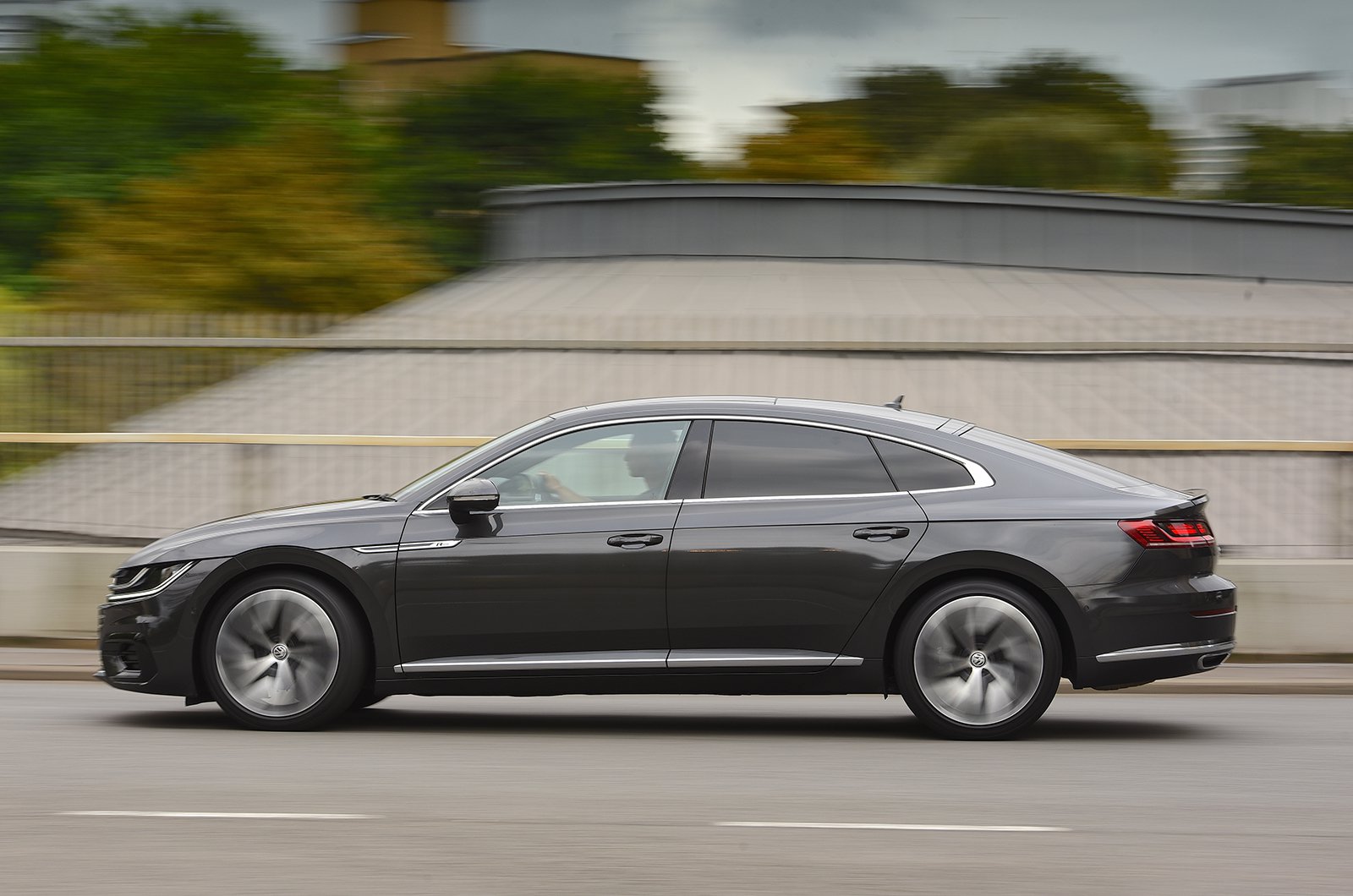 You also get additional safety kit with the Arteon, such as blindspot warning and adaptive cruise control, although both come with automatic emergency braking (AEB), traffic-sign recognition and lane-departure warning.

You’ll spend the least in fuel if you go for the Arteon; its combined economy figure of 47.1mpg (according to the prevailing NEDC fuel tests that were current when both these cars were new) is slightly higher than the 45.1mpg of the XE. Road tax will be identical since they were both registered after 1 April 2017 and will have to pay the current flat-rate fee of £155.

Reliability has often been a Jaguar stumbling block, but the XE finished in seventh place out of 18 executive cars in our most recent What Car? Reliability Survey, while the VW Passat, which is largely similar to the Arteon, finished in sixth. Jaguar as a brand finished in 21st place out of 30 manufacturers, while Volkswagen didn't do brilliantly either, in 20th.