While both cars offer a fine driving position, they go about things differently. The Jaguar XE is more intimate and sportier-feeling; you sit lower, cocooned by its higher window line and the tall centre console running between you and your passenger. In the VW Arteon, the driver’s seat is higher and you feel less enveloped.

It also means you can see out relatively easily, unlike in the XE. The XE’s thicker front pillars and high-bottomed rear screen compromise visibility quite badly; rear parking sensors are standard, at least. However, the Arteon has sensors at both ends of the car. 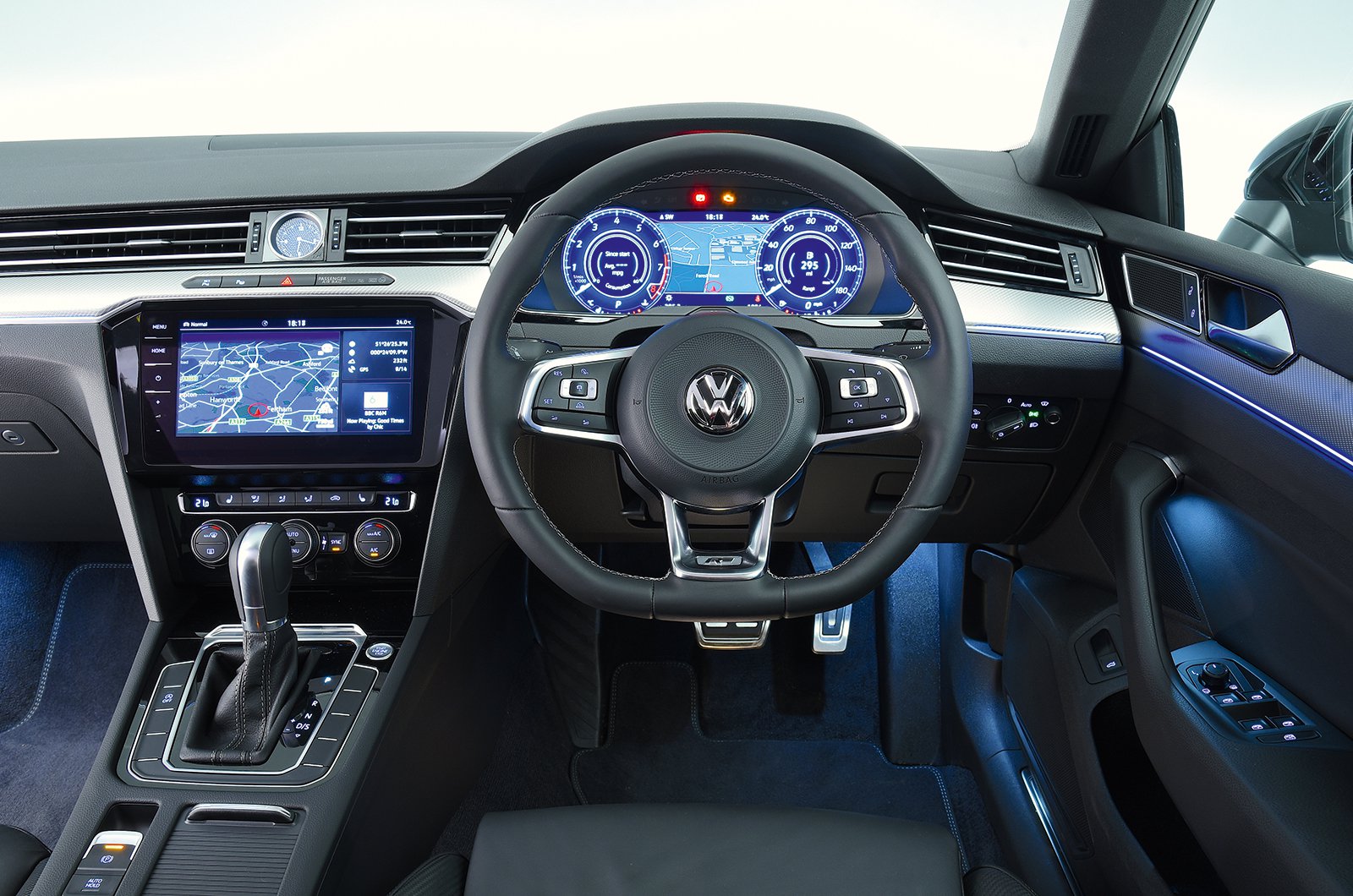 The Arteon has the better driver’s seat, too. It doesn’t get the XE’s standard multi-way electric adjustment (that would’ve been an option in the Arteon when it was new), but is wide and supportive and includes powered adjustable lumbar support. The XE misses this (it was an option too), so while its seat holds you in place well through corners, the limited lower back support is far from ideal.

There’s no doubting which feels smarter inside. The Arteon’s interior fuses appealing trims and quality buttons with robust construction. The XE’s feels the complete opposite; for example, the centre stack of buttons rocks when you prod it, while the vinyl wrapped dashboard looks like a sixth-form design project. 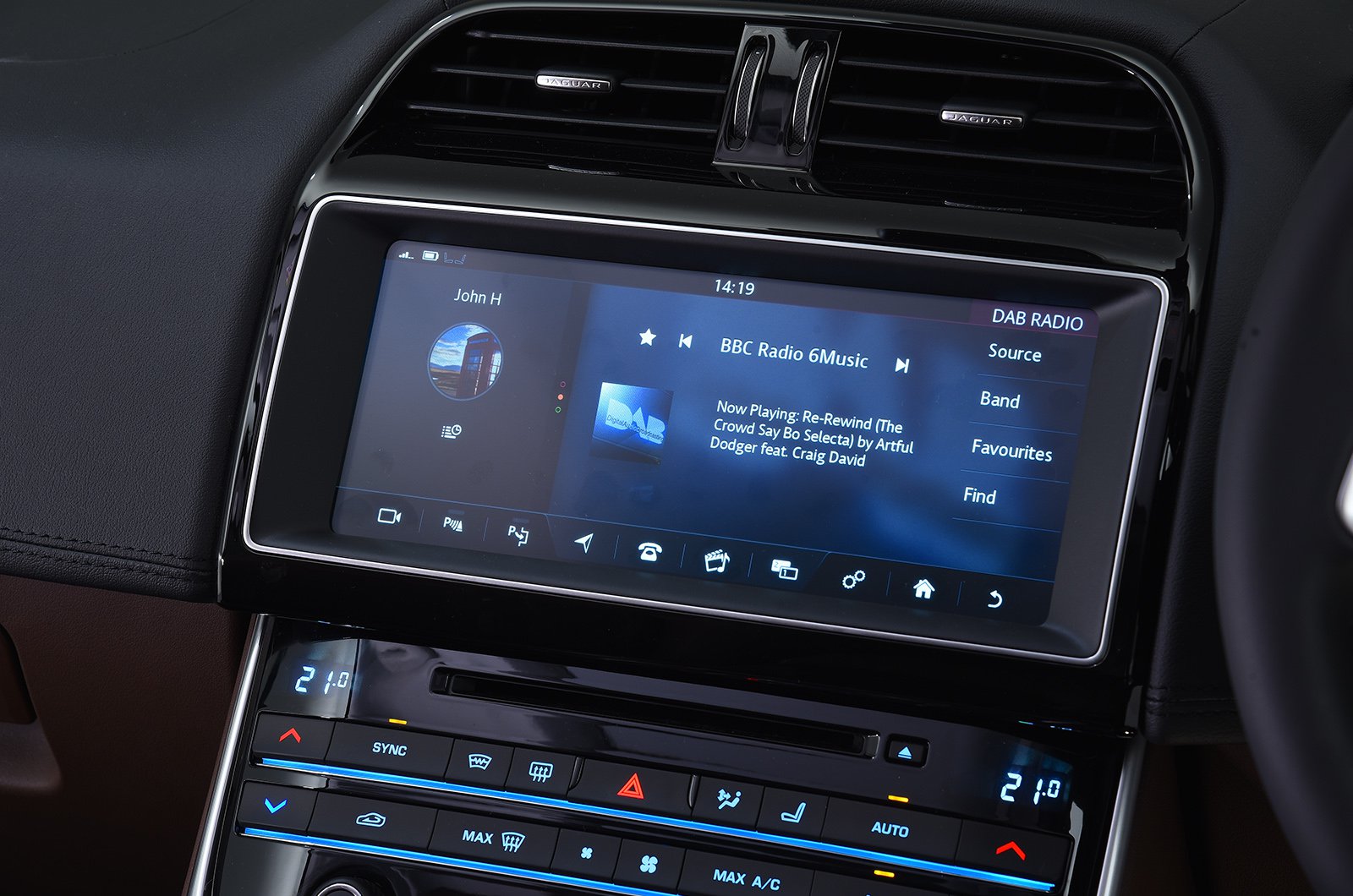 Infotainment-wise, the XE has analogue instruments and an 8.0in touchscreen as standard, but the screen is quite slow and clunky to operate. From new, you could have upgraded to InControl Touch Pro, which makes it faster, but it’s still not as slick as the Arteon’s. The upgrade also brings digital instruments, and from new you could have added the 10.2in touchscreen shown. Apple CarPlay and Android Auto aren’t available; you can connect your phone via an app. Portfolio trim gets a 380-watt stereo. 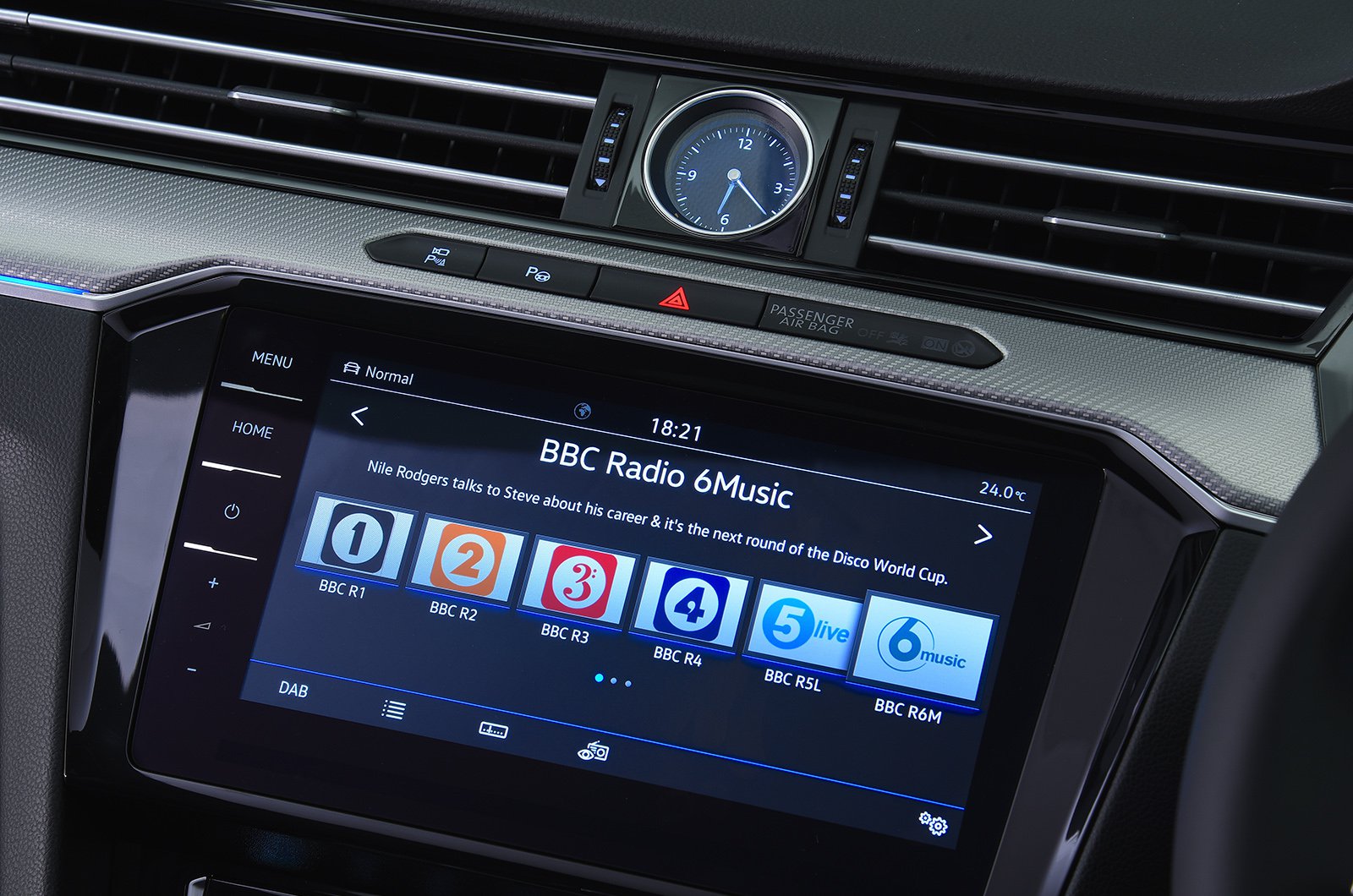 Meanwhile, the graphics on the Arteon’s 8.0in screen look sharper than the XE’s systems. The menus are easier to fathom and the screen reacts more quickly to inputs. You might find a car equipped with the optional from new 9.2in screen with more functions, but the standard system is good enough. It has smartphone mirroring plus CarNet, which lets you find parking spaces and traffic information online. The standard stereo sounds good, but the optional 700-watt system was even better.

There’s plenty of leg room in the front of both cars, and, while six-footers won’t find head room to spare with the cars’ optional panoramic roofs fitted, it’s good enough. Each offers good separation between you and your front passenger, although the XE doesn’t provide as much storage for knick-knacks as the Arteon. 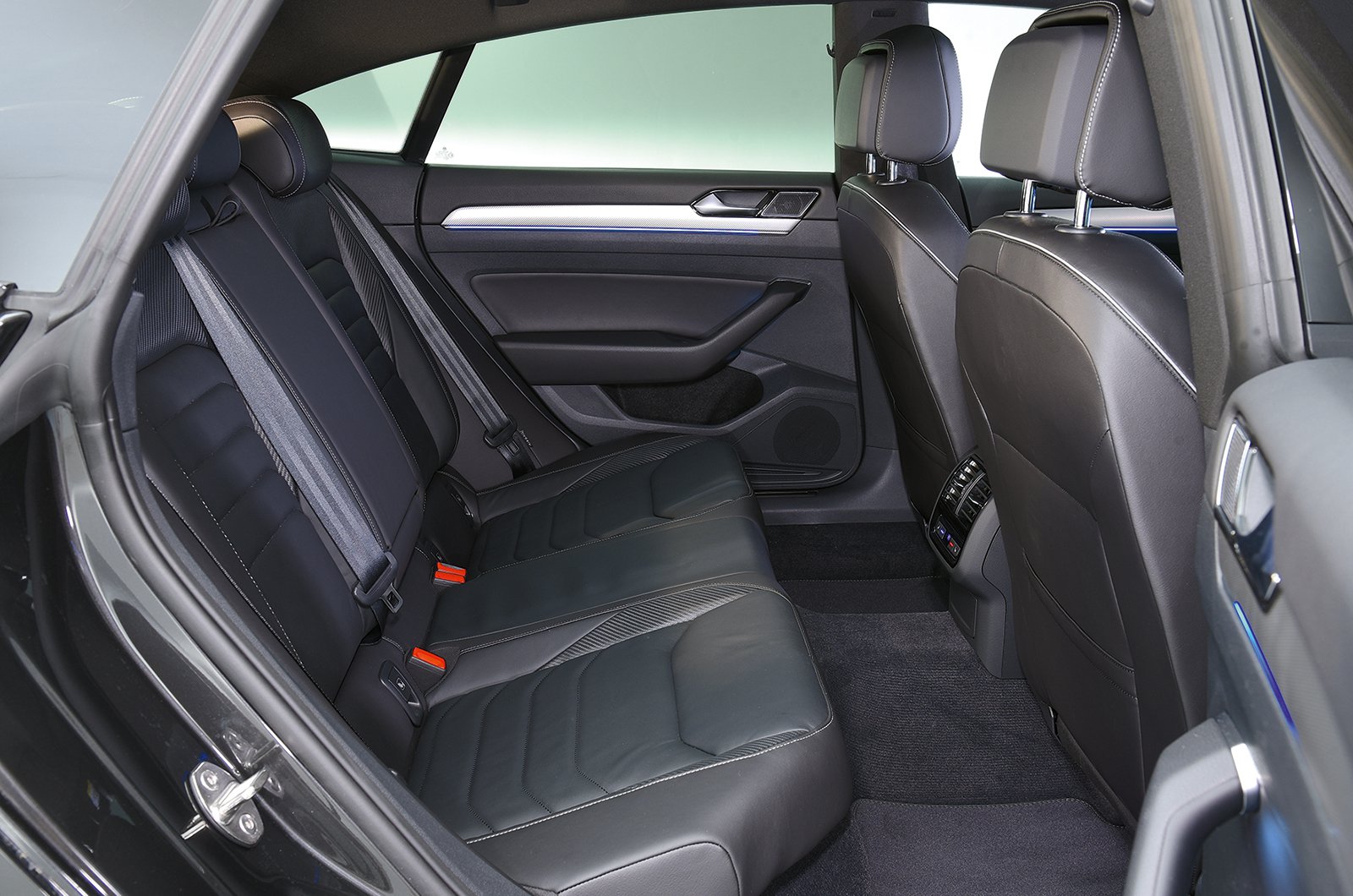 Move to the rear seats or open the boot and these cars are chalk and cheese. Two tall adults will struggle for leg room behind lanky front-seat occupants in the XE. And seating three abreast? That’s nigh on impossible. Sit in the back of the VW Arteon and, although head room isn’t much better than in the Jaguar XE, leg room is up there with the class best, plus there’s room for three adults to sit side by side.

The XE’s boot opening is narrow and shallow and the space relatively confined; we squeezed in only five carry-on suitcases. You don’t get split-folding rear seats, either, unless the first owner paid an extra £420 for the handy 40/20/40 option. In the Arteon’s boot, the hatchback tailgate means you can get larger items inside than you would in the Passat saloon, let alone the XE, and we managed to load eight carry-on suitcases. If you need more space, its rear seats fold in a 60/40 split.