More for you |
The most reliable family cars on sale - and the leastBest plug-in hybrid: BMW 330e vs BMW 530eThe best SUV dealsCar sales down 89% year on year in MayBest used city cars for less than £2000 (and the ones to avoid)
Home
News
UK-bound cars safe from pirates
news

* Kias and Hyundais * Website claimed ship was taken off Africa * Used Hyundais have been captured, though... 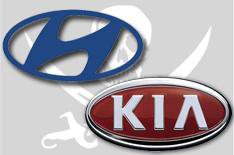 Reports of Somali pirates hijacking a UK-bound ship transporting Hyundais and Kias appear to be untrue.

An English-language Korean website had reported that a ship called Asian Glory, containing new Hyundais and Kias bound for the UK, was captured about 600 miles off the coast of Africa on Friday.

Hyundai ship not for UK
Hyundai confirmed that one of its ships has been hijacked off the coast of Somalia, however the manufacturer says the cargo of used executive cars was in transit from Saudi Arabia to Africa.

Kia has also confirmed that the Asian Glory is not one if its ships.