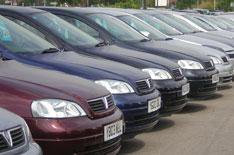 Used car sales continue to top the list of complaints to the Office of Fair Trading (OFT), according to figures released today.

So far this year, around 56,000 people have made a complaint to the OFT-managed Consumer Direct, regarding the purchase of a used car.

More than 70% of complaints were about faults with the car, while 13% concerned misleading claims by the seller.

Michele Shambrook from Consumer Direct said: 'The complaints are often down to traders refusing to deal with complaints or provide compensation. Dealers who fail to treat customers fairly, or who sell cars that are defective, could face enforcement action.

'We want to help people understand their rights when buying a used car from a dealer, and we are working with the industry and local authority Trading Standards.'

In response to the figures, the OFT has published advice concerning consumer rights when buying a used car. It can be found at www.direct.gov.uk/consumercar