The car: 2016 Tesla Model S 75D Dual Motor
Run by: Alex Robbins, used cars editor
Why it’s here: It’s one of our favourite new electric cars, but does saving your money and buying a used Tesla instead actually make more sense?
Needs to: Prove that an electric luxury car makes sense both day-to-day and on longer weekend trips – and show us that there’s nothing to fear from buying one used

“What’s it like to drive an electric car? How far can it go on one charge? Is it as fast as everyone says it is?” It’s safe to say I’ve never run a long-termer that’s inspired quite as much curiosity from family and friends as our used Tesla Model S.

That curiosity is one of the reasons it’s here. All of these questions can really be boiled down to one main sentiment: “are used electric cars really any good?”. Now that electric cars are no longer in their first flush of youth, used examples are becoming commonplace, and buyers want to know whether there are pitfalls to buying one second-hand. But as if carrying the reputation of used electric cars on its shoulders wasn’t enough, our Model S also has to prove to us that it can be reliable. A last-placed finish in our latest Reliability Survey doesn’t augur well, but can our used example buck that reputation and show us that a Model S can be dependable?

Our car, to be more precise, is a 2016 Model S 75 Dual Motor. It’s finished in Pearl White paint with a black fabric interior, and it features the Subzero Weather Package – making all five seats, the steering wheel and windscreen heated – as well as Autopilot Hardware 1, so that it can, in theory, steer, accelerate and brake (but not actually drive) fully automatically. It’s also on steel-sprung suspension, rather than the optional air suspension that became standard-fit in 2017.

I headed over to Tesla’s West Drayton dealership – which also serves as the company’s UK headquarters – to take delivery, where Laura Hardy, Tesla’s UK & Ireland senior communications manager, handed the car over to me. I found SDX waiting in the company’s handover centre, lined up with four other Teslas all waiting and ready for their new owners to come and pick them up. 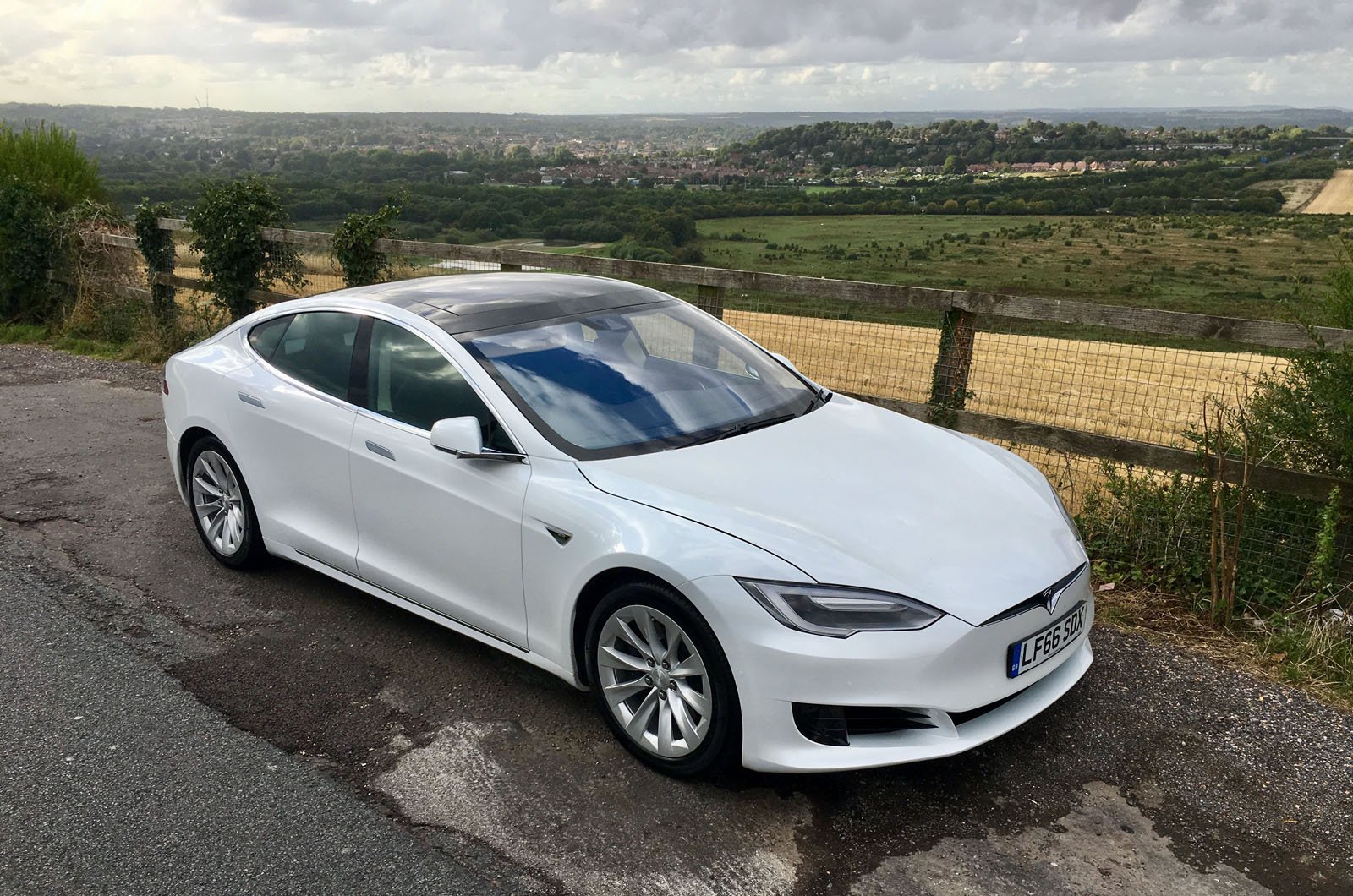 Laura was kind enough to give me the usual handover demonstration, which includes a run-through of all the car’s features, as well as an accompanied drive to show how the driver assistance systems – that’s adaptive cruise control and automatic steering to you and me – work. I think that’s quite a good idea, actually; with so much of this sort of technology in cars these days, it makes sense that the way it works is demonstrated on the move. Better that than have new owners veering unwittingly about the place while trying to work out which button to press.

Two days later, it was time for the Model S’s baptism of fire. A weekend away in Cornwall would take it out of the electric vehicle comfort zone that is urban and suburban driving and help us to find out whether it could really be as relaxing as its luxury car rivals on a long trip.

Those driver assistance functions proved crucial to making it so. The Tesla loses out to other big limos on its ride quality and road noise – the latter of which was rather in contrast to the blissful silence I was expecting due to the lack of a noisy engine. But you do get used to these issues, and then you realise just how much less stressed you are with the adaptive cruise and automated steering doing their thing. These two systems really are Tesla’s trump card. No manufacturer out there has a more reliable or confidence-inspiring set-up, in my experience. The automated steering, in particular, is great, keeping the car centred in its lane at all times and changing lanes on command whenever an indicator is activated. Meanwhile, the adaptive cruise control reads the road ahead without a hitch, slowing the car smoothly and gently whenever traffic builds up ahead.

What about the range? Well, cleverly, the Tesla’s sat-nav system works out where you’ll need to charge in order to make it to your destination, and routes you via a Supercharger – Tesla’s super high-speed charger – if necessary. As a result, you know exactly how much charge you’ll have left when you get to your destination.

Unfortunately, though, there were no Superchargers on our route between Sutton Scotney and Exeter – right where we wanted to stop for food. So we instead plugged into a Chargemaster Polar charger while we ate, which worked perfectly. As we hadn’t left home with a full charge, we also needed a 15-minute squirt at Tesla’s Exeter Supercharger. It’s located at a shopping centre, but when we arrived at 10:30pm, the centre was shut. So much for grabbing a cuppa and using the loo while we charged, then. We also soon discovered one of the other ‘mindset changes’ we’d need for electric cars. We’d given ourselves enough juice to get to our friends’ house in Saltash and back to the Exeter Supercharger again, but not enough to allow ourselves to drive around while we were there. Consequently, when we discovered we’d be doing some sightseeing the next day, with no chargers en route, we had to ask to plug in at their house. Fortunately, our friends were understanding, but it was still a little embarrassing.

Other than that, though, the trip was a success. We didn’t actually run out of electricity, nor did we find ourselves struggling for somewhere to plug in. And the car itself was great to travel long-distance in, with those assistance systems doing a terrific job of taking away much of the stress of such a drive. This is shaping up to be a very interesting long-term test, then, and it’s off to a promising start.