Could Vauxhall’s van-based people carrier be the perfect lifestyle vehicle? We’ve got three months to find out...

Why it’s here: To see if the Combo Life is a sensible alternative to a modern SUV

Needs to: Offer plenty of space, provide a comfortable ride on long journeys and have a raft of equipment and modern safety tech

If you recall my introduction to the Vauxhall Combo Life, you might remember that I had one major concern: pace. No, this isn’t just a whinge from someone who got far too accustomed to the punchy V6 diesel engine fitted to the Audi A4 Allroad that I had previously. Instead, I’m questioning Vauxhall’s sanity.

You see, although the most powerful and torquiest engine available in a Combo Life is a 1.5-litre diesel with 128bhp, you can only have this in the regular-length five-seat model. That leaves our longer, heavier XL seven-seater with a choice of a 1.2-litre petrol motor with 108bhp or, what we have, a version of the 1.5-litre diesel with just 99bhp.

But rather than put it up against a stopwatch, I figured the best way to test it out was to go on holiday for a couple of weeks. Out of sight, out of mind? Hardly, I had a plan involving my wife and in-laws, my dog and an awful lot of luggage. Rather than pay a horrendous amount of money to park a pair of cars for nearly two weeks at Heathrow airport, we were going to jump in the Combo to go to the office (conveniently located just down the road from Heathrow) via our kennel, and then get a taxi to the terminal.

Considering the Combo feels rather lethargic with just me aboard, I had worried that it wouldn’t actually move with more bums on seats and a full load in the rear. So with everyone aboard, it was with some trepidation that I pulled out of my road and straight onto the dual carriageway headed for London. 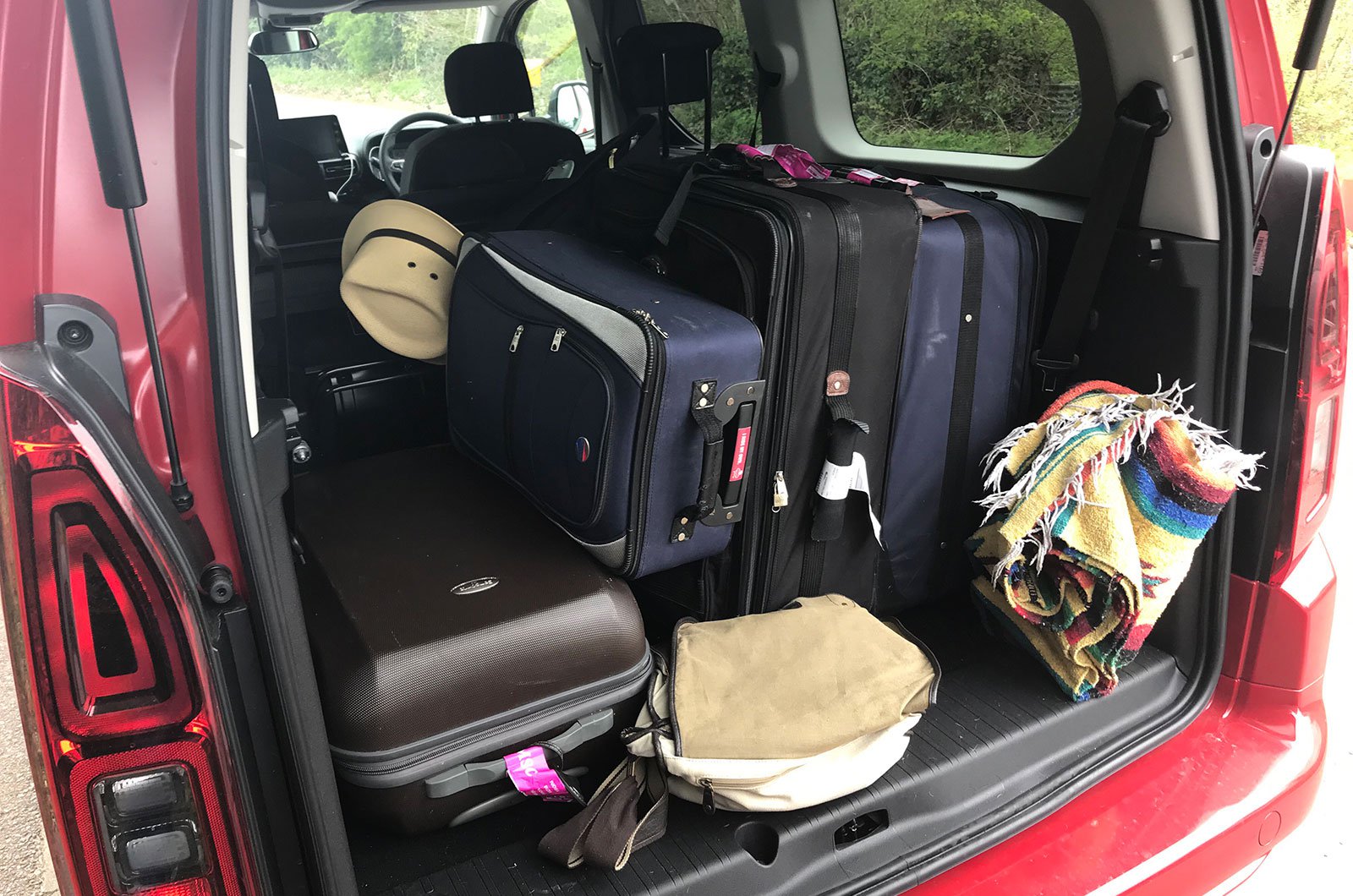 With no slip road to speak of, brisk acceleration on my local dual carriageway isn’t just nice but rather essential on a busy morning. So after an extended wait, I put my foot down and hoped for the best. The good news is that while the Combo Life still took a while to get up to 70mph, it didn’t actually feel that much slower when loaded to the gunnels.

Once you are up to your desired speed, the news gets better. It might take a while to get there, but we’ve yet to encounter a motorway hill that requires you to change down a gear. Indeed, as long as you have more than 1700rpm showing on the rev counter, you’ll definitely be maintaining, if not gaining, speed.

More impressive was the Combo’s boot. Not only does the low floor mean lugging heavy cases into the boot is relatively easy, there’s also a huge amount of space back there. Sure, you can’t fold the third row of seats into the floor – you have to remove them or flip them up – but I still had no issues getting all of our luggage in with room to spare.

Although the interior’s practicality was appreciated, its lack of plushness was not. My extended family could certainly appreciate its hard-wearing nature, as did I after finding out how easy it was to hoover dog hairs out of the carpet, but felt it was rather too dull and oppressive. Thankfully it doesn’t have to be that way: our MPV of the year, the Citroën Berlingo, manages to add a little joie de vivre using virtually the same materials.