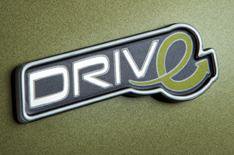 Volvo will unveil a trio of low-emission cars at the Paris motor show next month, before putting them on sale in mid-November.

The C30 Sportscoupe, S40 saloon and V50 Sportswagon will be branded Drive and all emit under 120g/km of carbon dioxide.

Prices have yet to be announced, but the Drive cars are expected to cost around 100-300 more than the standard models.

However, some kit may be dropped from the spec if it affects the car's aerodynamics.