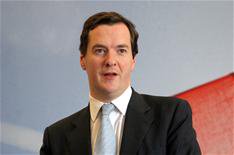 What Car? readers have shared their thoughts on motoring and how today's Budget could affect them.

Our survey revealed that 91% of those surveyed 'oppose' or 'strongly oppose' an increase in fuel duty. Reflecting this widely held view, George Osborne is likely to postpone the increase in duty that was planned for the autumn.

When asked about road tax, 85% of What Car? users 'opposed' or 'strongly opposed' an increase, while 96% agreed that the Government views taxing motorists as an easy way to raise revenue.

What Car? editor-in-chief Chas Hallett said: 'The What Car? pre-Budget survey highlights the fact that the motorist is vehemently against more tax rises. A full 96% of survey respondents strongly agreed or agreed that the Government sees taxing motorists as an easy way to increase revenue.'

The Society of Motor Manufacturers and Traders (SMMT) is calling for company car tax rates to be revised from 2015. It wants significantly lower rates for cars with CO2 emissions of less than 95g/km and more incentives for ultra-low-carbon vehicles.

Check back on Wednesday April 20 to read What Car?'s Budget coverage in full.