More for you |
Every 5-star car on What Car?Best hybrid cars 2020Hyundai Ioniq Electric long-term test reviewThe best SUV dealsTop 10 used MPVs for less than £10,000
Home
News
What does it do and not do?
news

What does it do and not do? 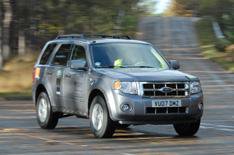 The big idea is to save fuel by reading the route ahead and smoothing out acceleration and deceleration as much as possible. There's no point gaining lots of speed if there's traffic or speed bumps around the next corner - so Sentience simply wouldn't accelerate any harder than necessary.

Mated with a hybrid system, such as that on the Ford Escape, it's also better placed to judge when more electrical power should be used, and when the car should turn down the combustion engine, since it knows what power the road ahead is likely to demand.

If the system detects a prolonged stop on the road ahead it can cool down the cabin in anticipation, so that the engine, and air-conditioning can be switched off when you're at a standstill keeping the occupant cool and saving fuel.

The hotter the country, the more likely this is to be a significant factor, of course. In fact, Ricardo's engineers are unable to put a figure on how much this might save in fuel since the UK hasn't yet been hot enough for a reliable test to be conducted.

Maximum fuel savings of 24% were recorded, but Ricardo says a figure of 14% is a more 'real world' figure, and this, it calculates, would result in the UK using 2.9 million fewer barrels of oil over a 12-month period.