More for you |
Most efficient hybrid cars you can buyJaguar E-Pace vs Jaguar F-Pace: which is best?It it right for dealer to keep a used car's registration document for months? Will my car be able to run on the new E10 petrol? UK’s first electric car charging forecourt to open
Home
News
Why all the confusion?
news

Why all the confusion?

* Scrappage back on track * Discounts explained * We explain it all... 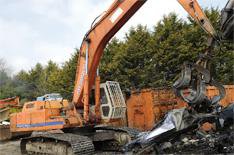 Why all the confusion?
There was a minor spat about VAT, then, two days before the scheme was due to be launched, a letter from the Department for Business, Enterprise and Regulatory Reform (BERR) told manufacturers that they couldnt share the cost of their portion of the incentive with dealers.

Many manufacturers had spent weeks working out how they were going to do exactly that, so were surprised to hear that they couldnt. In fact, since 1000 is enough to kill their profit on most superminis, they were furious.

The weekend before the grand launch was therefore spent renegotiating with BERR. Ford and Honda stalled the launch of their programmes and, finally, the day after the fanfare launch, BERR agreed that manufacturers could share the 1000 cost with dealers.