The tall and thin nature of the NV200 makes the cabin feel a little unusual when compared with some of the other vehicles in the city van segment - but it’s not small.

Up front, the cabin is spacious cabin, although it does give an impression of being a little out of proportion, which leads to a rather upright and awkward driving position. It’s not uncomfortable but it does take some getting used to.

The interior plastics are quite shiny and particularly hard, while the silver edging around the wheel and centre console no longer adds to the appearance in the way Nissan would have hoped all those years ago. Storage, meanwhile, is particularly poor, with cupholders at either side of the cabin, an open glovebox and an awkward A4-sized area above the rather small infotainment/navigation console.

The passenger seat does fold down to produce a tabled surface, however, and there are additional A4-sized pockets in the doors.

Our advice is to opt for the optional storage trays between the seats and the under-seat storage tray if you really want to fill out the interior. 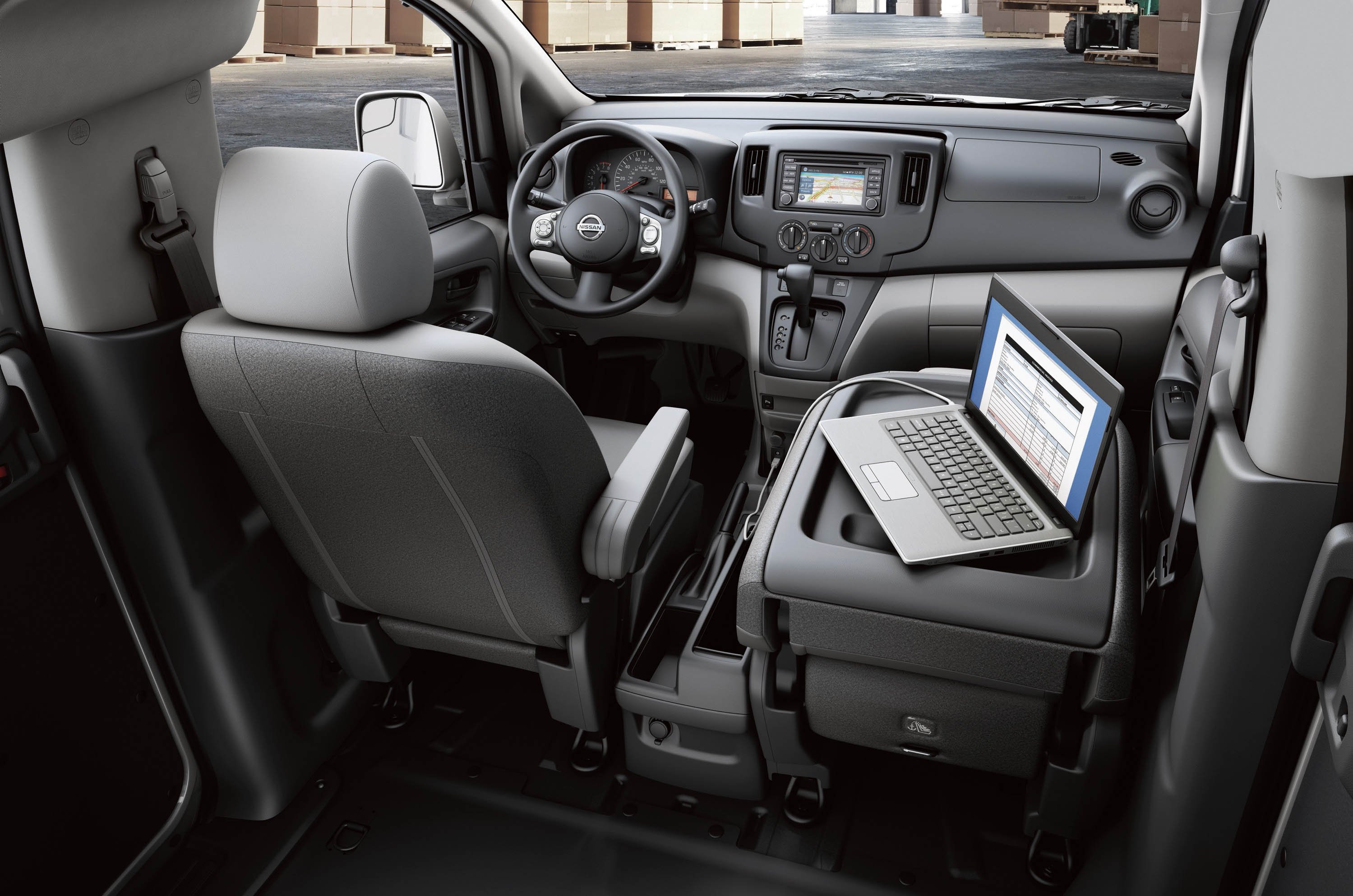