Up front in the Rexton, you get a sizeable storage area under the front armrest, big door pockets and a tray for odds and ends in front of the gearlever. Head and leg room are very good and there’s loads of width, so you won’t be clanging elbows with your neighbour.

The middle row gets plenty of head room, leg room and width, but a high-set floor means it’s less comfortable than you might expect from the external dimensions. Anyone forced into the central seating position won’t want to be there for long because of the fold-down armrest protruding into their back. A Peugeot 5008 is much more accommodating, with three separate seats that slide and recline individually – a feature the Rexton lacks.

Every Rexton gets seven seats as standard, with the rearmost ones accessed by folding the second row forwards – something that requires a bit of muscle for the front passenger seat to be far enough forward for clearance. The second row doesn't slide or recline like those in some rivals.

Once you’ve clambered into the third row, you’ll find enough space for children, but not enough for even short adults to be comfortable for anything more than a short journey. The thick rear screen pillars make it feel quite claustrophobic. A Peugeot 5008 is noticeably roomier and airier.

There’s enough space for a fairly big trip to the supermarket with all seven seats in place, and when the rear chairs are folded down, the cargo area is huge. A height-adjustable boot floor provides a relatively flat load area with all seats folded flat, and there's a storage area underneath it. 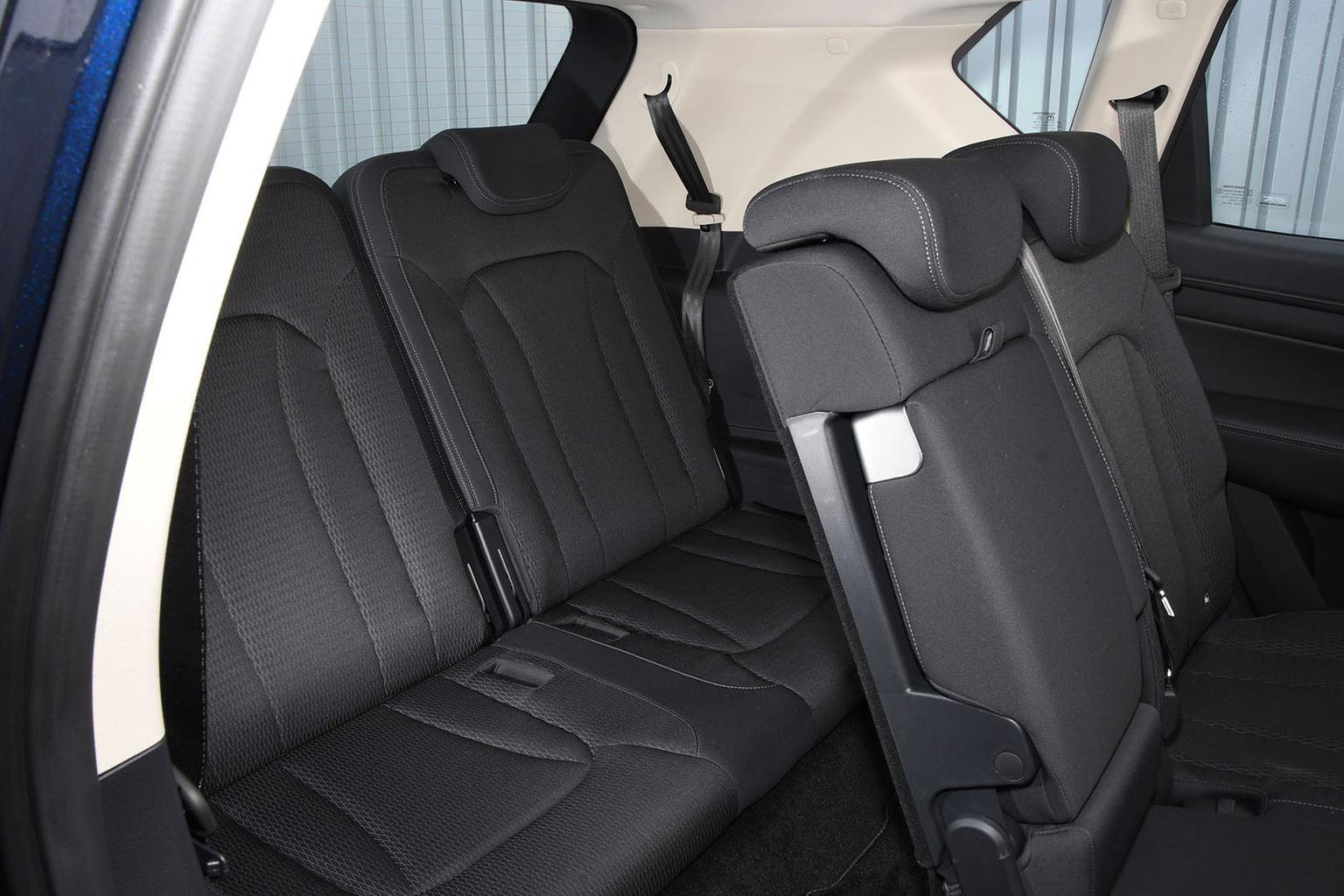 The Kia Sorento is not the cheapest seven-seat SUV, but it's h...