There’s no denying that the Camry’s interior feels more solid than those of the Ford Mondeo and Vauxhall Insignia Grand Sport, but it lacks the sophistication of its closest German competitors, such as the Volkswagen Passat.

Yes, there are soft touch materials scattered around the interior, but there are plenty of harsher surfaces as well, and these rather let the side down. And, while the dashboard inserts in our range-topping test car stood out, we couldn’t quite work out if they were supposed to look like plastic, wood or copper.

The small 7.0in infotainment screen also disappoints, in both its appearance and in terms of usability. The screen's resolution isn't very impressive, the graphics for the map look rather congested and it responds sluggishly to commands. It’s also housed behind a glossy screen that reflects the sun, making it hard to read on the move. The fact that every Camry comes with sat-nav, a DAB radio, Bluetooth, and a USB socket is some consolation, but you cannot get Apple CarPlay or Android Auto smartphone integration. Excel models have a wireless phone charging tray located in front of the gearshift lever.

Visibility is impressive front and rear, and even entry-level Design models come with front and rear parking sensors, with range-topping Excel trim adding a reversing camera. However, the driving position could be better; while the seat features electric adjustment, it's short on under-thigh support. 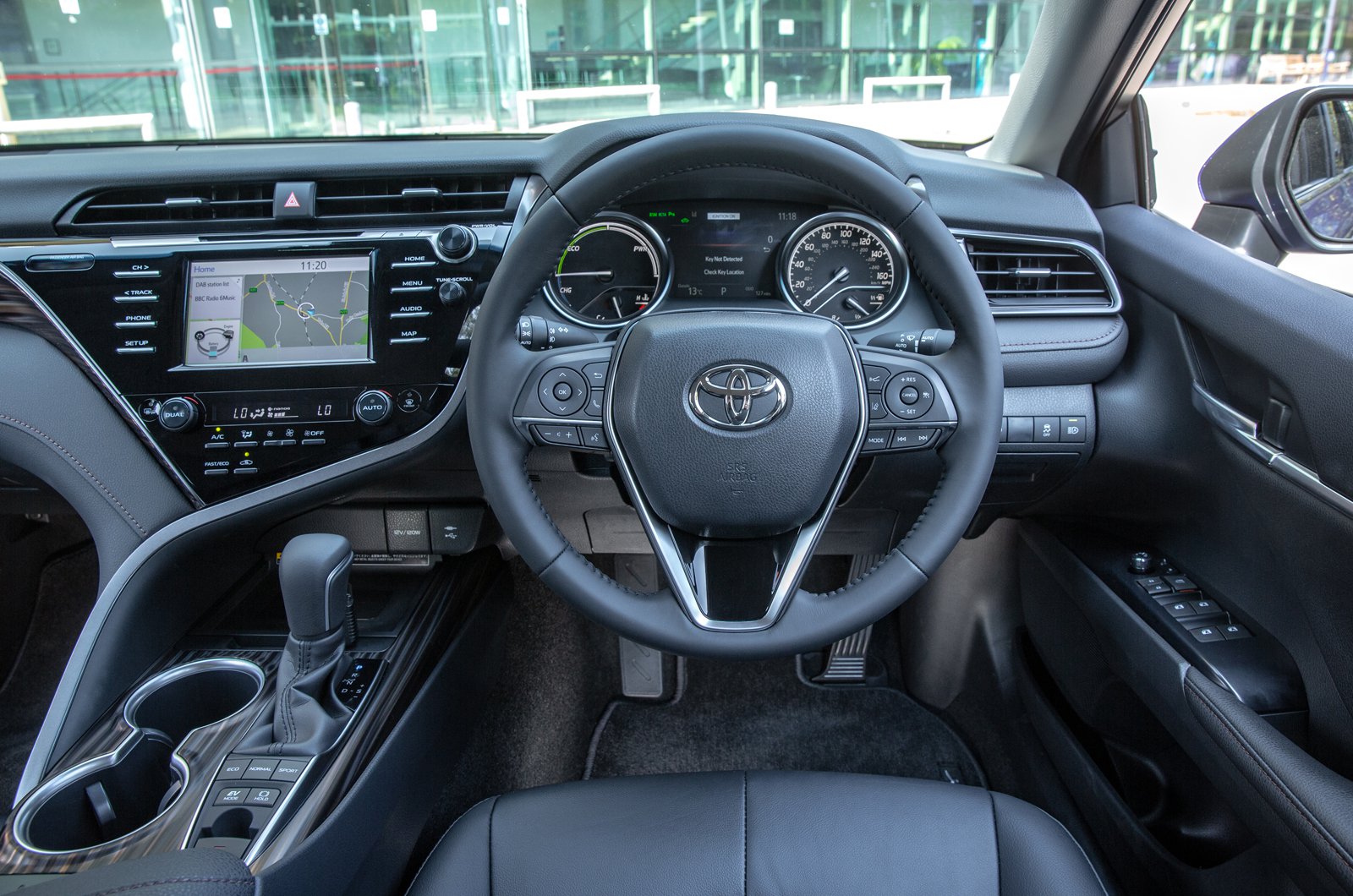