Toyota claims that the Camry has been ‘tuned for Europe’, which could be interpreted to suggest that UK cars benefit from sharper handling than their American counterparts. In reality, though, the Camry still feels like a car designed to cruise rather than corner. The steering responds in a smooth and linear manner, but soft suspension and the corresponding body lean reminds you that this is no BMW 3 Series rival.

The benefit of soft suspension, of course, is increased compliancy, and the Camry is good at taking the sting out of bumps and potholes. However, it's so soft that the car tends to sway about after dealing with imperfections in the road surface, and this sensation only increases with speed, including when you're on the motorway. So, if your kids are prone to travel sickness, you should probably look elsewhere.

There's also quite a bit of road noise on coarse stretches of motorway, but more positively, wind noise is well controlled. Around town you hear very little from the engine, aided by the Camry's ability to often run on electric power alone in stop-start traffic, but the 2.5-litre unit is paired with a continuously variable transmission (CVT) gearbox, which lends a tendency for the engine to rev frantically when you demand full acceleration. And, with less low-down torque — to pull you along effortlessly from low revs like most diesel rivals will do — such soaring revs are the norm when overtaking on country roads or merging onto fast flowing motorways.

The gearbox does have a ‘manual’ mode that can be selected by knocking the auto gear selector over to one side, but we found it unconvincing in use. Even when you select a lower ‘gear’ yourself, the car doesn’t stay in it for long. In fact, we’d recommend taking a more relaxed approach by selecting ‘Eco’ mode. It allows the car to coast with the engine off in order to save fuel, which also helps keep the interior as quiet as possible. 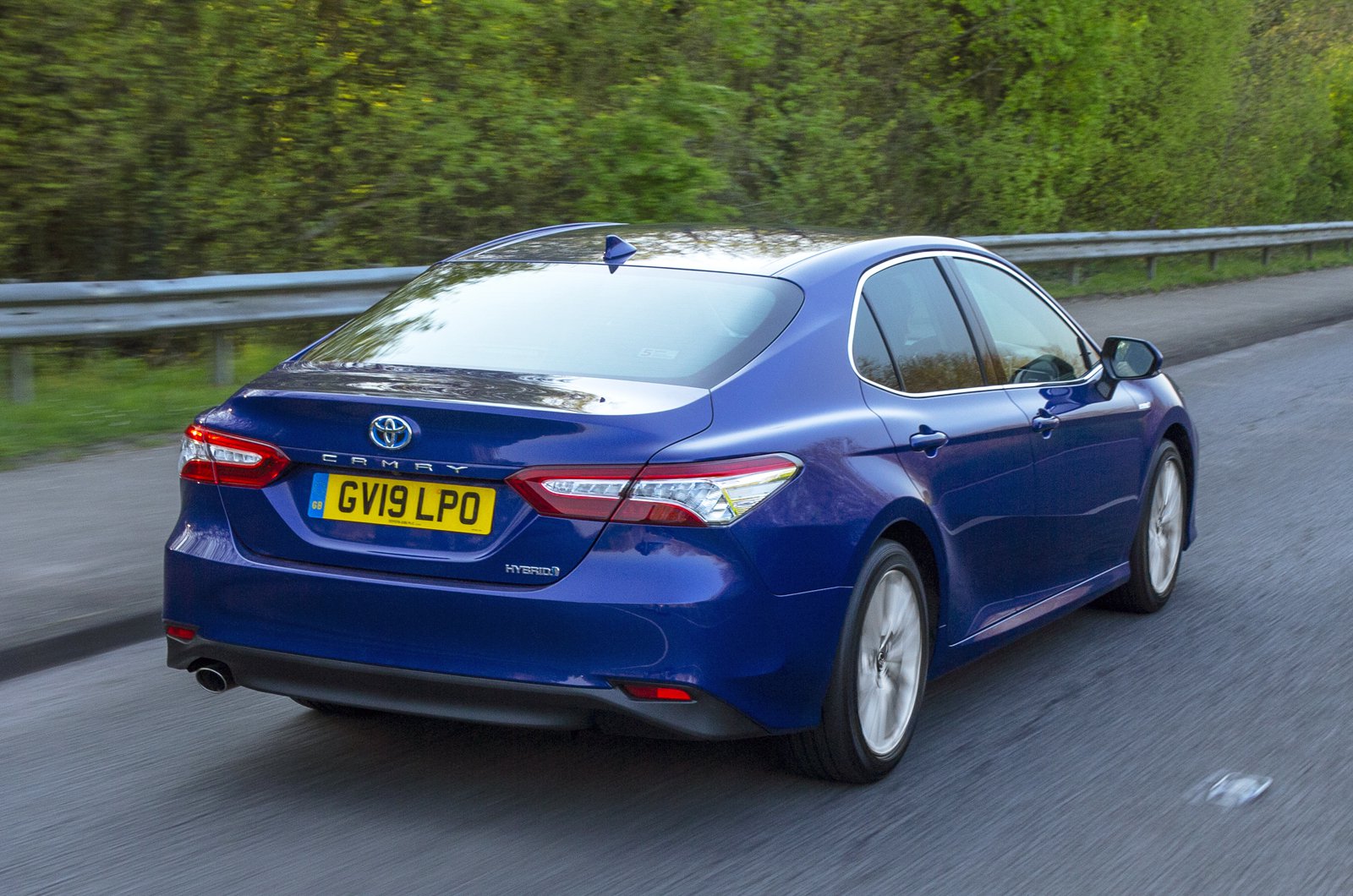