The 148bhp 1.5 TSI 150 petrol is the obvious engine option. We'll look at costs later but, suffice to say, it's the cheapest version to buy but can power the big Arteon from 0-62mph in 8.9sec, which is plenty quick enough. It makes light work of motorway jaunts or fast, flowing country roads and proves flexible when you don't rev it hard and free-revving when you do. If you want something with more oomph then there's also the 2.0 TSI 190.

Most people will shy away from the 2.0 TDI 150 on the grounds that it's a diesel, and diesels aren’t popular anymore, but it does have the advantage of gutsy mid-range shove if you're someone with something to tow. There's also a 197bhp TDI 200 diesel that'll get from 0-62mph in 7.9sec and has the option of 4Motion four-wheel drive, but, at the time of writing, it wasn't available.

The last engine on the list is the 316bhp R model. That's coming soon, too.

Is the Arteon driving experience a match for its premium-badged rivals? Well, all the engines are pretty quiet and, once you're up to speed on the motorway, wind and road noise are as well contained as they are in the Audi A5 Sportback and Jaguar XE.

Add in soft suspension and the Arteon’s a very comfortable mile-muncher as well as an adept car around town – it might thud occasionally over potholes but an M Sport-spec BMW 3 Series or 4 Series is noticeably less forgiving. EHybrid models have adaptive suspension (DCC) that’s even waftier, although you can tighten up their slightly loose body control on undulating country roads by popping the suspension into Sport mode.

Squidgy springs allow more body lean than you get in most of its rivals, but once you get past this you’ll find tonnes of grip that you can easily exploit thanks to precise and well-weighted steering. The Arteon’s variable-ratio steering setup requires only two turns to get from lock to lock, getting faster the more you turn the wheel so that you can negotiate multi-storey car parks with minimal effort.

Having said all that, as capable as the Arteon is, keener drivers will be better served by the extra dynamic sparkle of the BMW 3 or 4 Series and Jaguar XE. Four-wheel drive is available, but only on the most potent diesel and the hot R performance model. 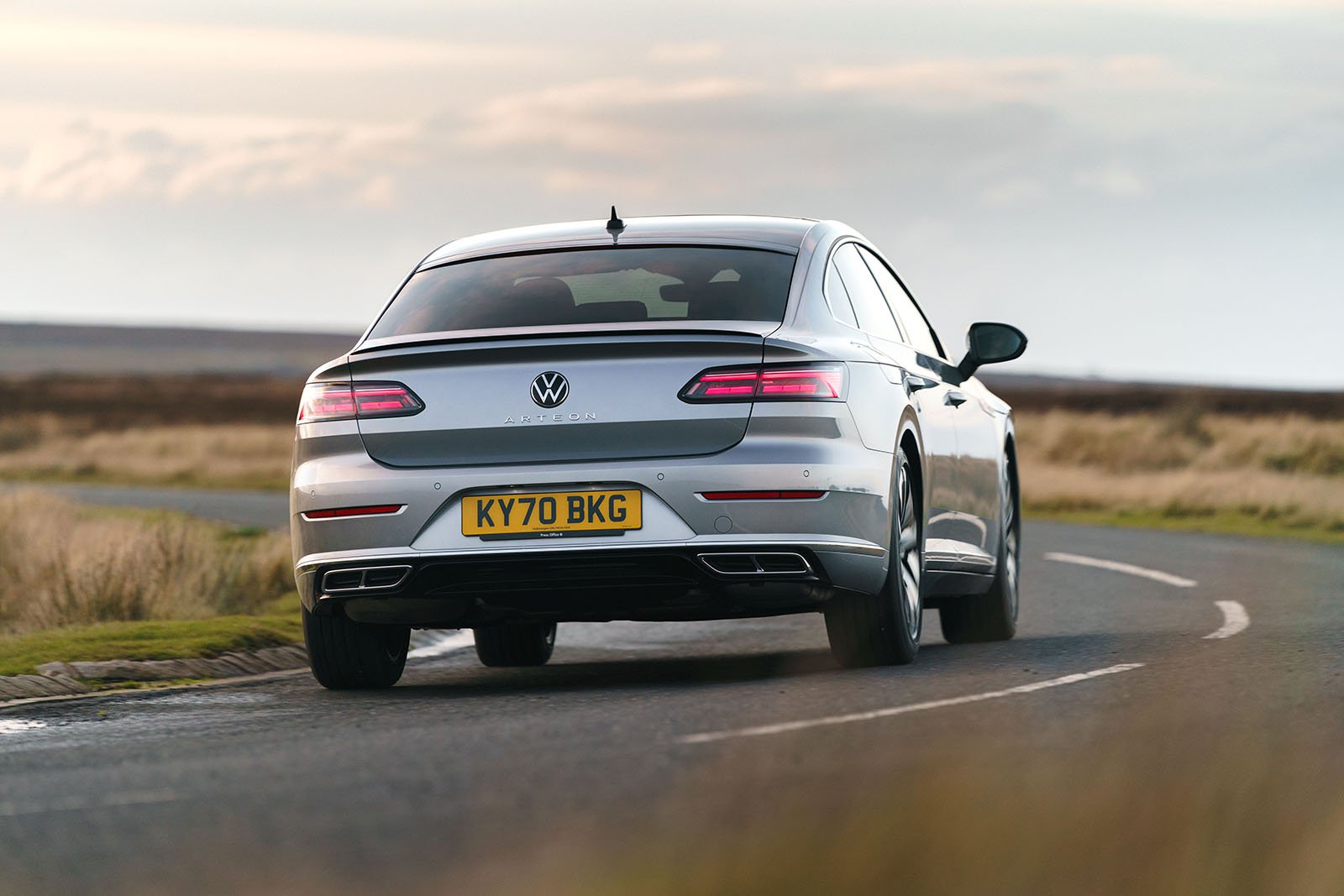