Is there a coupé that's as roomy as the Volkswagen Arteon? It's hard to think of one. It has loads of space up front, with at least as much head and leg room as you’ll find in rivals such as the Audi A5 Sportback and BMW 4 Series Gran Coupé. And the interior is wide enough to provide plenty of elbow room and has lots of storage solutions thrown in.

But it’s in the rear where the Arteon really scores over its rivals. Admittedly, as is the case with all of these four-door coupés, the sloping roofline takes its toll on rear head room but this is relative – taller rear passengers will find their heads not far from the headlining but it still has enough. The amount of rear leg room offered is vast – much more than you get in any of its rivals, especially the Jaguar XE. You can easily fit three adults abreast in the back of the Arteon, too.

Then there's the boot. It’s almost as big as the Passat’s and arguably more practical; rather than the narrow opening of the saloon, the Arteon has a wide-opening hatchback, which is powered on Elegance and R-Line trims. We managed to fit in eight carry-on suitcases – that’s more than the Jaguar XE, A5 Sportback or 4 Series Gran Coupé can manage – and fold-up pushchairs or a large load of supermarket shopping will be no problem at all.

For those rare occasions when you require even more carrying capacity, you can also fold flat the 60/40-split rear seats to create more than two metres of load length between the front seats and boot lip. And should you need to seat four and carry a long load, a ski flap is standard.

Need more space? Then read our review of the Arteon Shooting Brake by clicking the link. 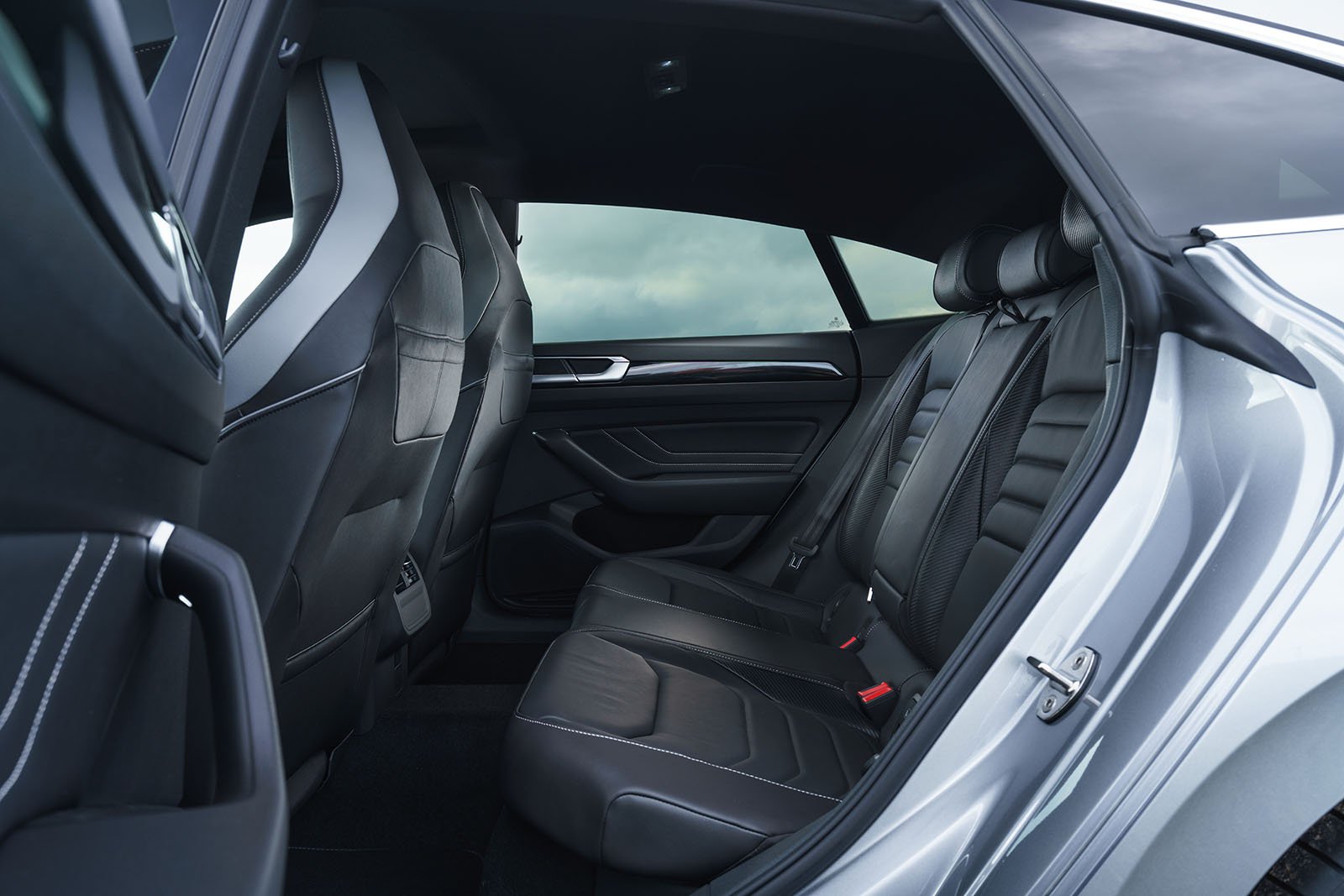