Volkswagen has kept the engine line up simple in the Caravelle: you can either have a 2.0-litre diesel with 148bhp or a twin turbocharged version of the same engine, which puts out a whopping 196bhp. The latter engine is also available with a 4Motion all-wheel drive system, but we have yet to sample this specification.

The entry-level engine doesn’t feel overly peppy, but as long as you’re not in a hurry, it will see the Caravelle slog up to motorway speeds without too much fuss. And thanks to a prodigious amount of low down grunt (224 ft lb of torque, to be specific), it’s rare that you have to rev it hard and it remains hushed when cruising higher speeds.

That said, if you are looking at a heavier long-wheelbase model, or plan on doing some towing, it might be worth taking the step up to the 196bhp variant as it packs some seriously impressive performance. Even when loaded up with people and luggage it delivers performance comparable to some family saloon cars; Volkswagen claims a 0-62mph time of just 10.1 seconds (versus 13 seconds in the 148bhp model).

It’s just a shame, however, that both engines get the same seven-speed DSG automatic gearbox. It’s well-behaved if you’re just cruising along, but around town it can be rather jerky in its operation with a noticeable pause between putting your foot down and the Caravelle actually moving.

Compared with a Citroën Spacetourer, Peugeot Traveller or Toyota Proace Verso, the Caravelle is quite stiffly sprung. Undulations that wouldn’t trouble the aforementioned trio upset the Caravelle’s composure and it crashes over potholes. Drive down a typical B-road briskly and it’ll bounce around unpleasantly. Things calm down once you’ve got a few people in the back, but there are more comfortable options out there.

The firm suspension doesn’t translate into keen handling, either. Because the Caravelle is so tall, it feels top-heavy and leans considerably in bends. Try to carve through an S bend at pace and it feels downright ponderous. The steering is also a little slower than you would find in a Ford Galaxy or Seat Alhambra, reminding you that you’re effectively piloting a van, not a dedicated MPV. 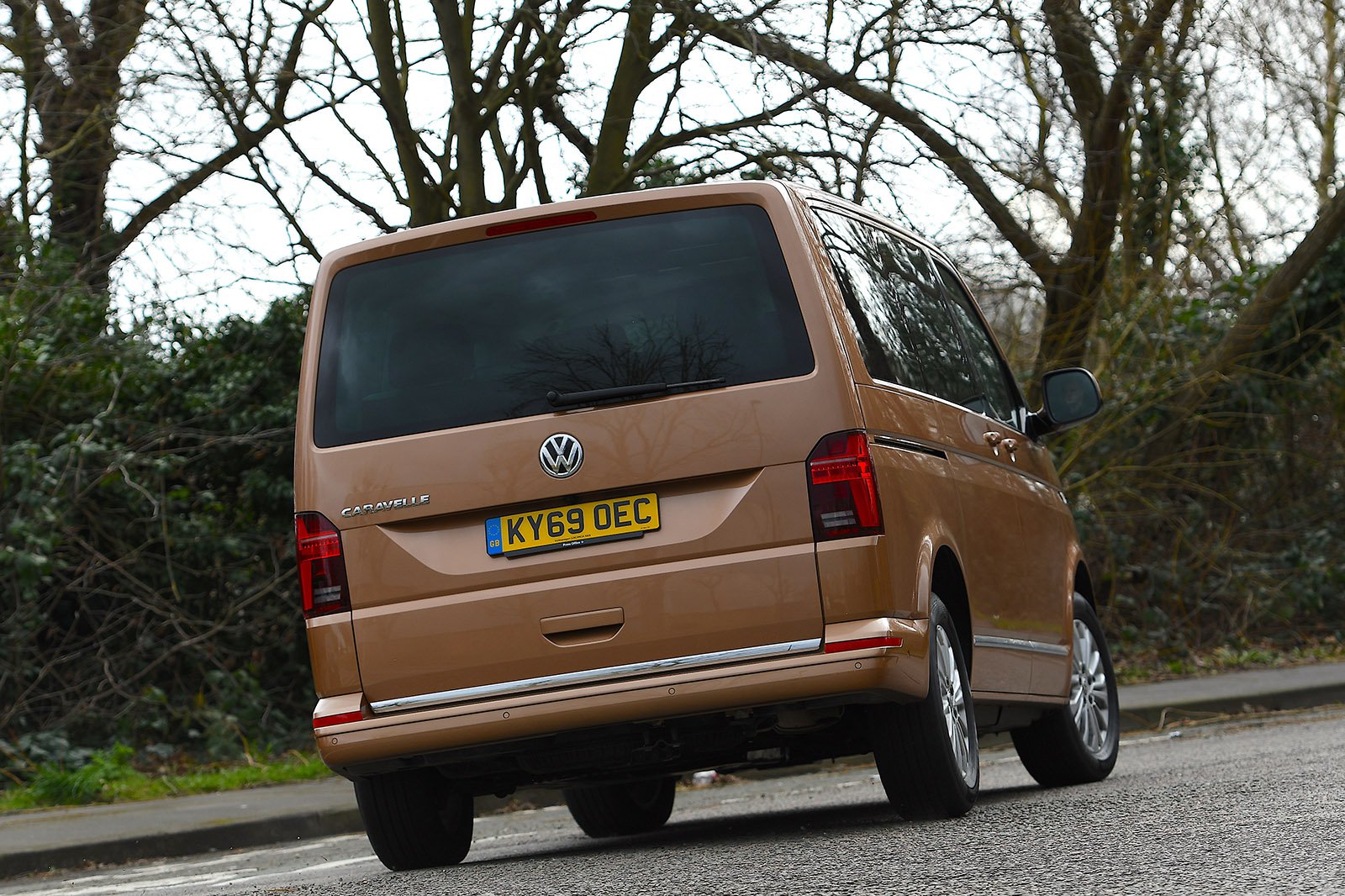