What used Volkswagen Golf GTE hatchback will I get for my budget?

How much does it cost to run a Volkswagen Golf GTE hatchback?

The claimed average fuel consumption figure for the GTE, according to the old NEDC method of measurement, is an impressive 166.2mpg, corresponding to a very low CO2 emissions output of 38g/km. However, as with most plug-in hybrids, you’re unlikely to see this figure in the real world, unless all your journeys are short, and you have access to charging points at either end. Our real-world figures, which include that time you’ll be motoring on just the petrol engine alone after the battery range has dried up, are substantially lower, although still on a par with some conventionally powered Golfs. The claimed battery range is 31 miles, but again, in real-world use, we seldom saw more than around 20 miles before the petrol engine cut in.

Car tax is based on CO2 emissions on cars registered before April 2017, so GTEs of this period score well there with no tax payable. Alas, those registered after that date will pay the standard rate applicable for hybrids, currently £140 a year.

Insurance groups are relatively low and stand at 25 for the standard car and 26 for the higher-spec Advance model.

Volkswagen doesn’t offer fixed price servicing for the GTE and it doesn’t publish any fixed price costs either, so it’ll be worth contacting a few Volkswagen dealers to find out which one works out to be the least expensive. 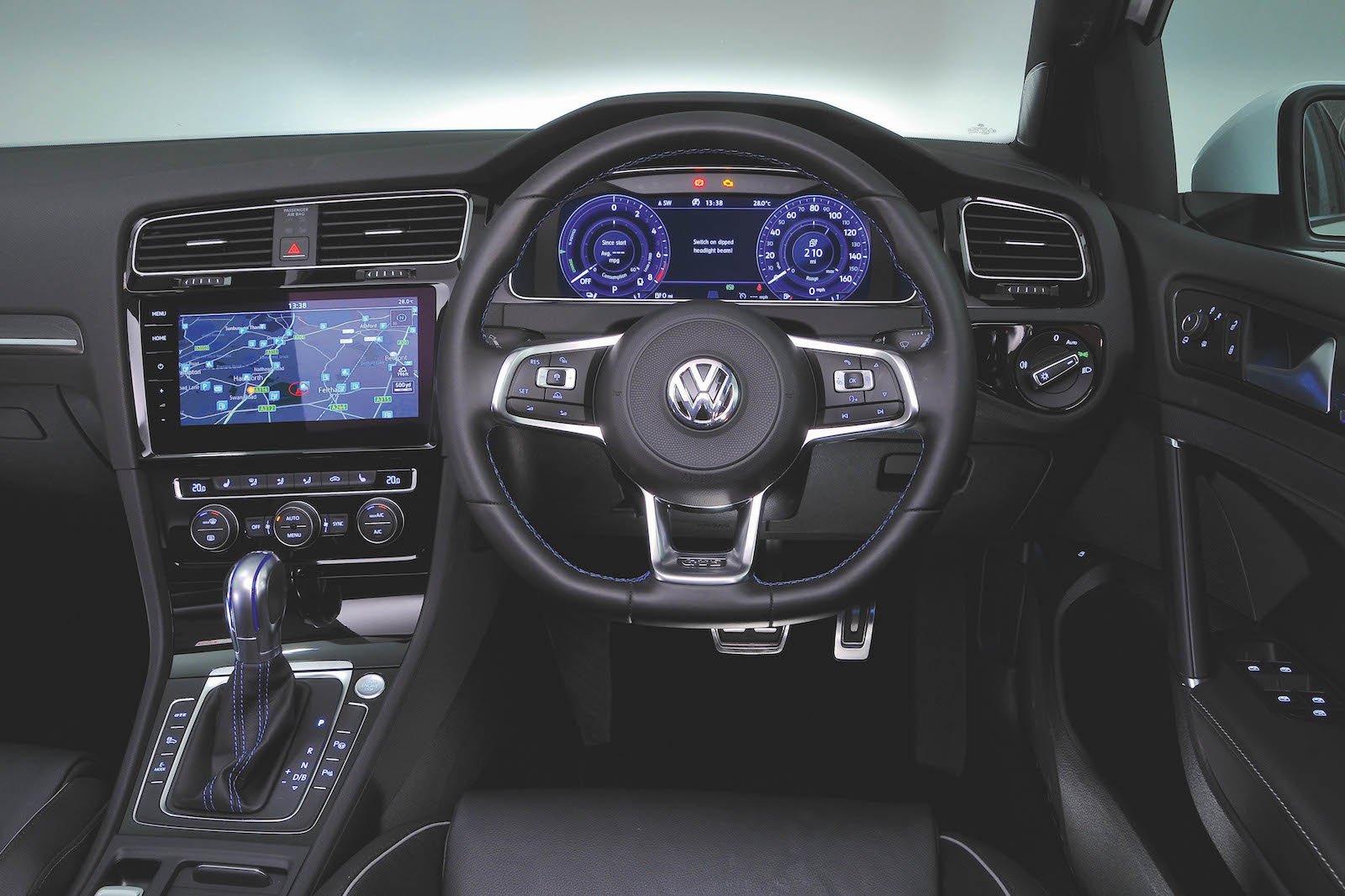